Leo Kalyan – Outside In EP 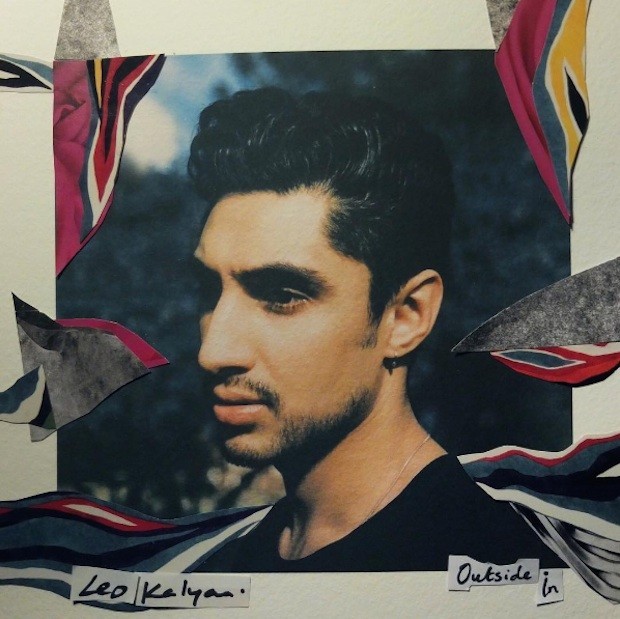 With his “Outside In EP“, Leo Kalyan delivers his first effort with NY-based label Godmode. Read our recent interview with the artist here.

The two songs opening the album are quite naturally the ones which are intended to become possible hits, in the same vein as Leo Kalyan breakthrough song, “Silver Linings“. Albeit well thought of, they sound too obviously arranged to catch the hear. The heavy use of delay, as well as the simplistic choruses and, in the case of “Together”, the necessary woohoo-s, can easily drive off those who are allergic to any kind of mawkishness. That being said, the heartfelt lyrics, relying both on sybilline metaphors and straightforward statements, clash with the conventional production and draw attention to the message itself. In the apologetic song “Fucked Up”, Leo, by stating, « Judge me by my cover », hints at his own incapacity to thrive, as a homosexual artist, within the boundaries framed by a Muslim family. The ambiguity behind the idea of leaving home, sometimes an act of courage and sometimes an expression of selfishness, is enough to tell him apart from the realm of pop singers.

The quality of the lyrics, however, as well as Leo Kalyan‘s capacity to show up as a musical landscape painter really stands out with Silhouette, an esoteric stroll questioning a man’s ability to find truth and courage in his own mind, depending only on his willfulness to do so. And when he sings « I make you up in my head like a silhouette», it feels only natural that his search should appear as a creative process. Rather than poetry so to speak, his philosophical meditations carry a definite closeness to Buddhist reflections, be it a mere coincidence or the result of his years spent in Lahore, studying Indian singing with a brahman. Incidentally, it is partly Kalyan’s eastern take on pop music that makes him so special, by adding a sense of bewilderment to his thorough scrutiny.

As to conjure the attrition exhibited in “Fucked Up”, “White Light” turns up as an attempt to fathom the experience of death and the liberation it may bring. The downbeat groove, languishing singing and Lorde-sounding melody seem to bear the quintessential query at the core of the “Outside In EP” – self-acceptance. And if there is one place in which Leo Kalyan appears genuinely at ease, it is the place from where he addresses us when he sings. His aerial voice never falls short of complementing the blunt honesty of the whole, sometimes recalling the ease of R&B singer Gallant. That being said, the fact that he only managed to give me the chills in a cover, “House Of The Rising Sun”, suggests that the best is yet to come and that he still have some way ahead before going from outside in, to inside out.

Tags:Godmode, Leo Kalyan, Outside In EP