Leon Else’s new single with Oliver “The City Don’t Care” is quite the bop! 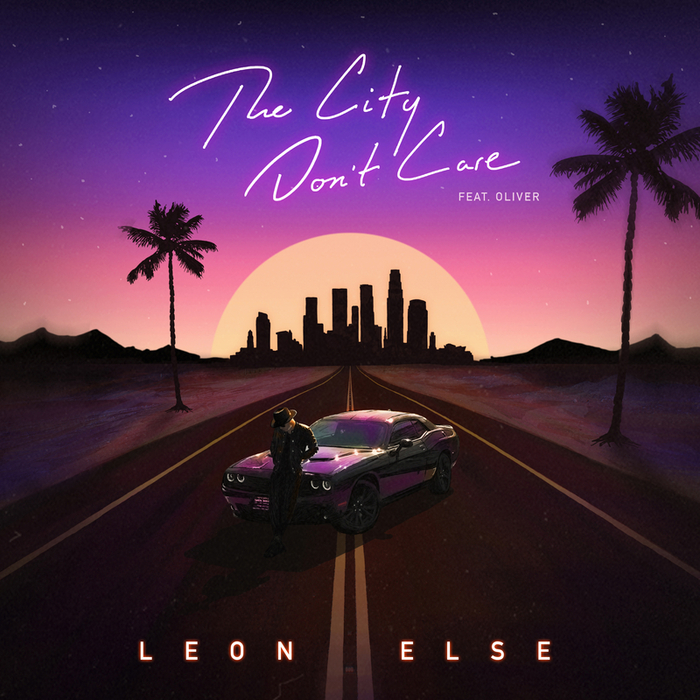 The new track of Leon Else, “The City Don’t Care”, is reminiscent of a time with big hair, poodle skirts, and Greaser jackets. It’s all retro and cool, something straight out of an 80s movie with hair blowing wildly out the open hood of a Corvette speeding down a highway with a cigarette in hand and heart on your sleeve. The new track of the London-based singer-songwriter was made with DJ duo Oliver, and it’s quite the bop.

Leon Else’s previous tracks have the musical influences of the 80’s breathed into them (which if you haven’t checked any out before, I personally recommend starting out with ‘Black Car’). The musical notes tended to be lower and was classic bass heavy. Oliver’s tracks also have been delicate mix of techno music, with some funk and disco thrown in as well. The two musical acts have collaborated previously in a remix of Else’s track “Dance”, and it was only a matter of time they collaborated again. The collaboration brings together Else’s full and lush vocals with the synthy lightness of the duo Oliver brings to create a wonderful nu disco track that transports us backward in time.

Else has a voice that reminds me of a blossoming plant. Everything is larger than life and flowering and luxurious and fills up the room. In this track, in particular, it just feels so pink and green. The music has the synthy brightness of a bubbly cotton candy pink underlaid by the solid foresty dark green of his voice. This track can be the soundtrack while driving through mountains or pulling up to a drive-in theater.

However, my personal favorite aspect of this song was the lyrics. Lyrics are often overlooked when we listen to some of our favorite songs, and we sometimes just don’t pay attention to the meaning behind lyrics. This song describes a deeply rooted emptiness. A kind of despair that is hard to explain. When you feel displaced and disconnected from everyone you know and yourself. Everything and everyone around you keeps on moving, and ultimately the city doesn’t care. You are insignificant in the grand scheme of the universe as the metaphorical city continues to exist with or without your input. The juxtaposition of his lyrics with the sweetness of the music with the darkness of his words makes this song wonderfully appealing.

“The City Don’t Care” is a vibey interlude in a hurricane of turmoil that holds its own in a barrage of club music and house remixes we are constantly bombarded with daily. It brings back a time that’s been romanticized in Brat Pack movies (which I enjoy watching more than I care to admit). It’s a track I want to dance to in my socks alone in my living room with oversized sunglasses while letting the synthwaves hit me and bounce off around the walls in a beautiful mesh. Leon Else and Oliver if you guys are reading this, please collaborate again, signed a new fan.