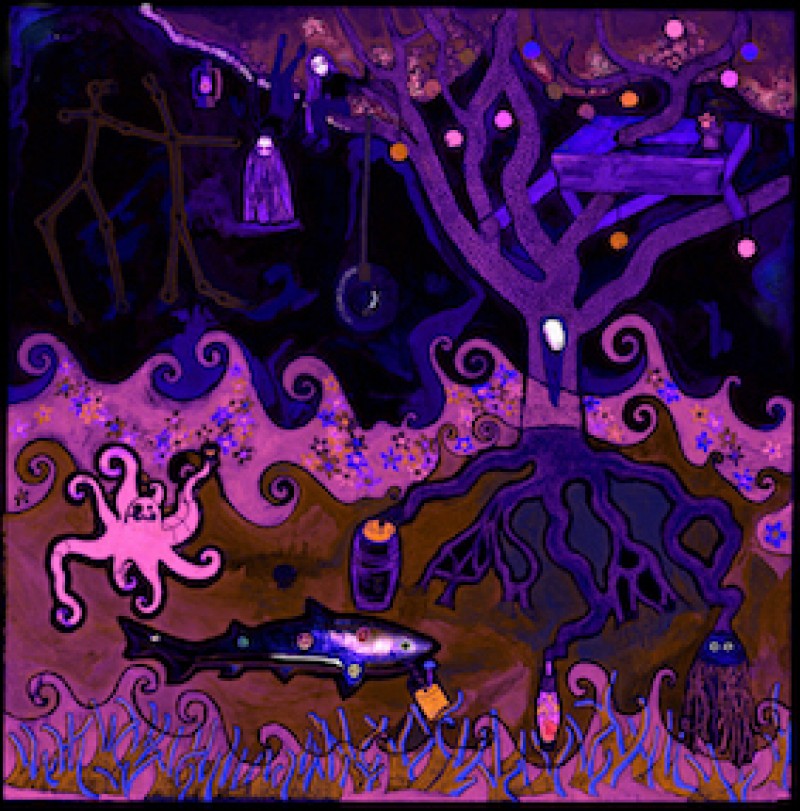 Let’s Eat Grandma have accidentally began a revolution to reinvent pop and replace it with their “Psychadelic sludge” sound. Jenny Hollingworth and Rosa Walton are the teenage girls behind the eery music and head turning band name and their musical maturity and eclectic mindsets are staggering. Let’s Eat Grandma’s first album, “I, Gemini”, is intriguing, invigorating and maybe even inspiring.

LEG’s reputation has rocketed in the past year with backings from us here at Highclouds, NME and Guardian Music amongst many others. Their band name, which immediately invites interest, was actually decided on minutes before their first gig and stems from an old grammatical joke which highlights the importance of a comma…

Let’s Eat Grandma’s first album “I, Gemini” is a refreshing break from albums that are made to please. It is made to divide opinion.

LEG do not hide from their experimental and unusual style and instead embrace it despite any qualms some may have with it. As an album, “I, Gemini”, seems to work beautifully. The sheer range of styles amongst the ten tracks is startling and they combine together to take you on a light yet dark, bumpy yet smooth, eery but happy, rollercoaster ride.

We start in a state of mild relaxation with the floaty and synth-infused “Deep Six Textbook” which lulls you into a false sense of serenity. You are then introduced to Let’s Eat Grandma at their finest and most varied with “Eat Shiitake Mushrooms“ which includes everything from a glockenspiel solo to a rap breakdown! “Sax in the City” is the summit of this mountainous album where you can enjoy the view because after this we enter a gloomy and unsettling place.

You enter the void via “Chocolate Sludge Cake” and are secured in there by the uneasy sounds of “Rapunzel” and “Sleep Song”. These tracks may well make your palms sweat and put the lights on for safety. They are eerily brilliant. They epitomize the character and charisma that Let’s Eat Grandma possess. Their pure versatility and randomness is second to none. We are dragged out of the woods late on by a two-part track and then shoved on our way by a short and sharp little ukelele number, which clears your sinuses and makes you wonder where you’ve been for the last 20 minutes.

Let’s Eat Grandma’s debut album, “I, Gemini”, will undoubtedly divide opinion but surely that’s the point. The extreme experimental desire these two artists possess is what we love and the carefree attitude to put it out there for the world to listen to without pausing to wonder whether it will good or not is refreshing. Experimentation and exploration is what the two girls are about and long may they continue!