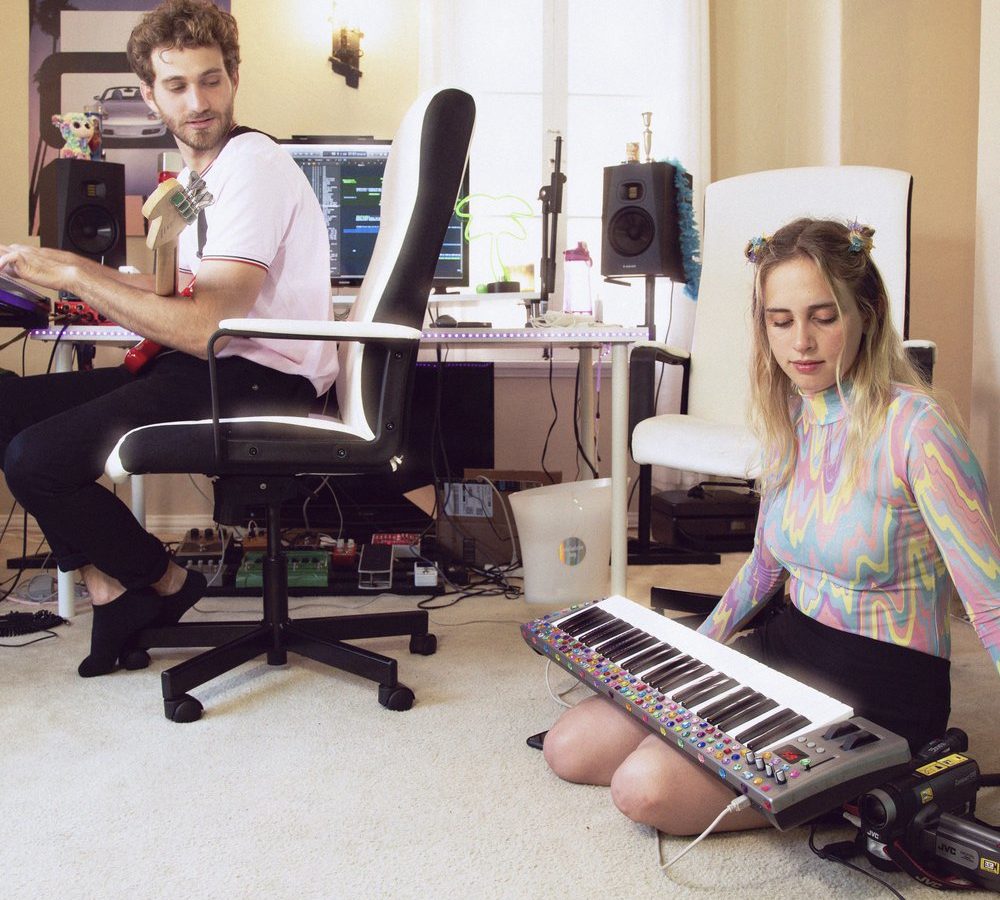 “Nothing Baby” is taken from Magdalena Bay‘s mini mix vol. 1 out now on Luminelle.

Magdalena Bay, the Los Angeles pop duo comprised of Mica Tenenbaum (songwriting, vocals) and Matthew Lewin (songwriting, vocals, production), have been on our radar for quite some time now, catching our attention in 2016 with the electrifying singles “Neon” and “Voc Pop“. Now signed to Luminelle, the pair have challenged themselves by releasing a mini mixtape that was actually born out of frustration. In their own words:

The mini mix project started because we were getting frustrated every time we finished a great song. When you finish a track, weeks, months, or even years can pass until the right moment comes along for a single release. We wanted to see what would happen if we challenged ourselves to very quickly write weird, short songs and very quickly make weird, short music videos for them. What if we could just release songs into the world without getting sucked into our own heads? We’ve loved the freedom of the mini songs, of not having to worry about genre and the usual 3-minute structure of the standard pop song.

Following up on their cosmic offering “Mine“, they have now shared a brand new single, “Nothing Baby”. A pulsating track that sounds like a 2 minutes long build-up filled with video games and laser effects, the song channels the future pop of Grimes and Charli . Like all the songs of the project, it also comes with an amazing DIY video. This one was shot on-the-go during a recent trip to Japan. Watch below.