Meet The Orielles, the band that revolutionize rock music 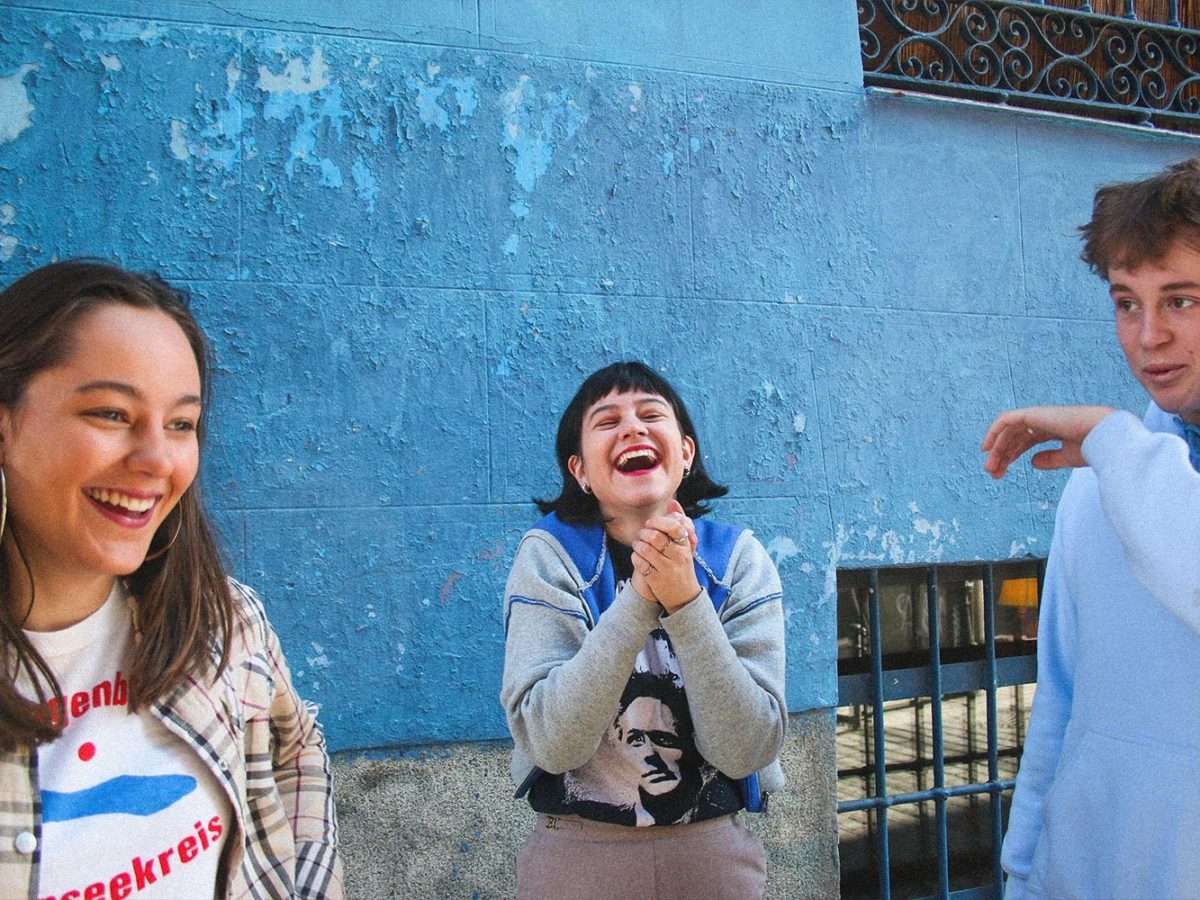 The Orielles are in a way one of the bands that represent the best years of rock and roll. Their debut album “Silver Dollar Moment” out today via Heavenly Recordings is a delightful crossroad of 90s alternative rock, 60s psych and garage.

Formed by sisters Sidonie B and Esmé Dee Hand Halford and their best friend Henry Carlyle Wade, they have taken the world by storm thanks to their young vision of what doing rock music means today. Their DIY aesthetics being an inherited part of their music, learning to play instruments on the road, we wanted to know who is behind their sound. Here is our talk where we got to discuss their beginnings, being signed on Heavenly Recordings, working with producer Marta Salongi and much more.

Highclouds: How did you guys meet and start doing music together?

We met a number of years ago at a house party and, despite two of us having never picked up an instrument before, decided to rejoin the following day for a jam. We continued this for a few years before deciding to take things a little more seriously following management interest. Our upward trajectory has been pretty surreal ever since!

Your music reminds me of some of the best indie rock bands of the 80s-90s. Which artists would you say inspire you?

We’re inspired by a range of different artist and scenes from post-punk to African rhythms and everything in between. 80’s and 90s indie inspired us greatly too! We love the whole Postcard Records scene and then a little bit later with bands such as The Pastels. We’re also heavily into the Hacienda and Factory Records releases in Manchester in the late 1970s/80s. Artists such as Happy Mondays and A Certain Ratio have certainly helped to inspire our sound. And then simultaneously there was a great scene happening in the US during that time with bands such as Sonic Youth and Pavement beginning to make an impact, we’re inspired by the American alternative scene as much as what was happening in the UK.

A DIY aesthetics is part of your essence, you started off very young even without knowing how to play and now you’re signed in Heavenly Recordings. How does it feel?

Feels great yeah! Heavenly is a label we have followed and loved for a long time and every band they sign are pure GOLD! In terms of the DIY aesthetics, this is something that we like to keep in the forefront of our output and image because it’s something that we value so much. We love having creative control when it comes to videos and artwork as they are both creative mediums that we are interested in outside of music. We think that it also adds to the notion of artistic integrity in the sense that we have always believed that being in a band is about the ‘whole package’ and not just music.

Your debut album “Silver Dollar Moment” is out today. Does it feel like a baby is born?

It Feels amazing to have completed our debut record! It’s a massive step that we never really believed would be attainable. We couldn’t have done it without all of the beautiful people we have helping us out in any little way though, we have them to thank. 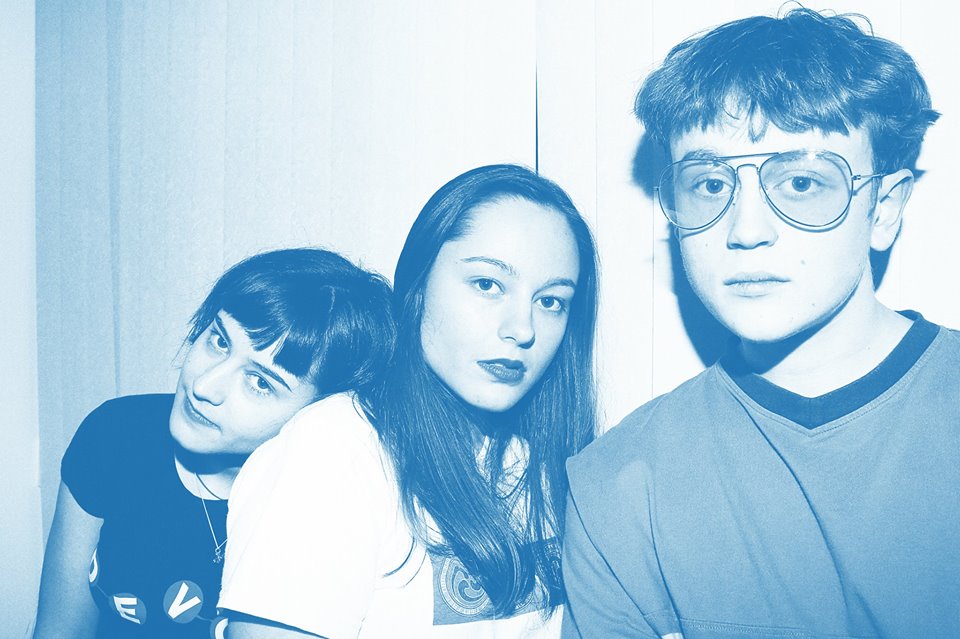 “We definitely feel more comfortable releasing the type of music that we actually want to release.” – The Orielles

What’s the meaning behind the title of the album?

So in May 2016, we were very kindly invited over to Toronto, Canada to represent the UK at Canadian Music Week Festival and play a number of shows across the week. On the first day of the festival we travelled for 36 hours with no sleep, checked into our airbnb, picked up some instruments, played a show at around 8pm, drank too much beer, went to watch TOPS, started feeling hungover and very very tired, walked to the Silver Dollar Rooms to play our second show of the day at 2am! Our fatigue had lowered our morale and we were just looking forward to finally getting to bed at this point. However, still to this day, it is probably one of the best shows we have ever played! We just smashed through about 10 songs in 20 minutes without speaking in between and people loved it. The sound was amazing, there was so much vibes. Our manager even shed a tear, maybe because of his lack of sleep also, but we’d like to think otherwise ha!

How did you guys work together for this album and how is it different from your previous work?

We’d like to think that we have matured a lot since our previous releases. Our previous work was much ‘safer’ and we didn’t feel comfortable taking creative risks, however with the backing of Heavenly amongst other factors, we definitely feel more comfortable releasing the type of music that we actually want to release. We have considered instrumentation a lot more with this record, previously we would just stick to guitar, bass, drums, vocals and maybe one or two overdubs. With our more recent releases we have gone buck wild with it! In fact, on “Sugar Tastes Like Salt”, we maxed out the session on the computer, there were too many tracks that we physically could not add anything else [laughs]

How was it working with producer Marta Salongi?

A dream! Marta is seriously talented and I don’t think we’ll ever be able to work with anyone else ever again ahah. The separation anxiety is strong with this one. 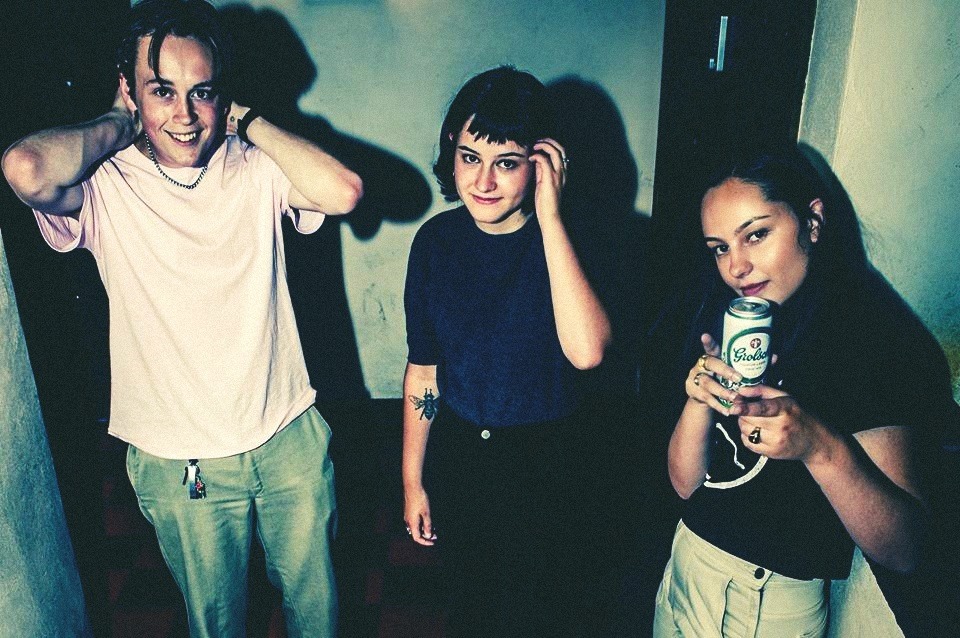 There are many influences into your sound, not only music but also cinema and literature. How do you incorporate all of that into your music?

Other than through our lyrics, this is certainly not something that we do consciously. However, as mentioned before, we like to add weird sounding overdubs to create a certain mood or vibe in a song and I guess that this can sometimes allude to a sense of a cinematic scene or romanticism.

If you could describe your music with one dish, which one would it be?

[Laughs] Great question! It would have to be something vegan so that we could eat it too. I’d probably say a really good pulled jackfruit burger with so many layers of different flavours with a side of fries and onion rings. A pint of PBR on the side.

You will be playing in several cities around Europe and the UK in the next few months. What can we expect for those who haven’t seen you live yet?

Yeah, we’re super excited to be back on the road again and visit a lot of new places. Henry or Esme have never been to Germany before so definitely looking forward to exploring. From our live show, expect extended cowbell jams, vocal harmonies and a lot of bad foreign language skills, sorry!

The Orielles‘s “Silver Dollar Moment” is out now via Heavenly Recordings. They will do a concert at Botanique on April 4 and you can check all of the informations here.