search in the clouds
October 30, 2017 Newcomer of the week, Pop, Soul/R&B, Special Features

After dropping out, MONA releases her dark and spine-tingling debut track 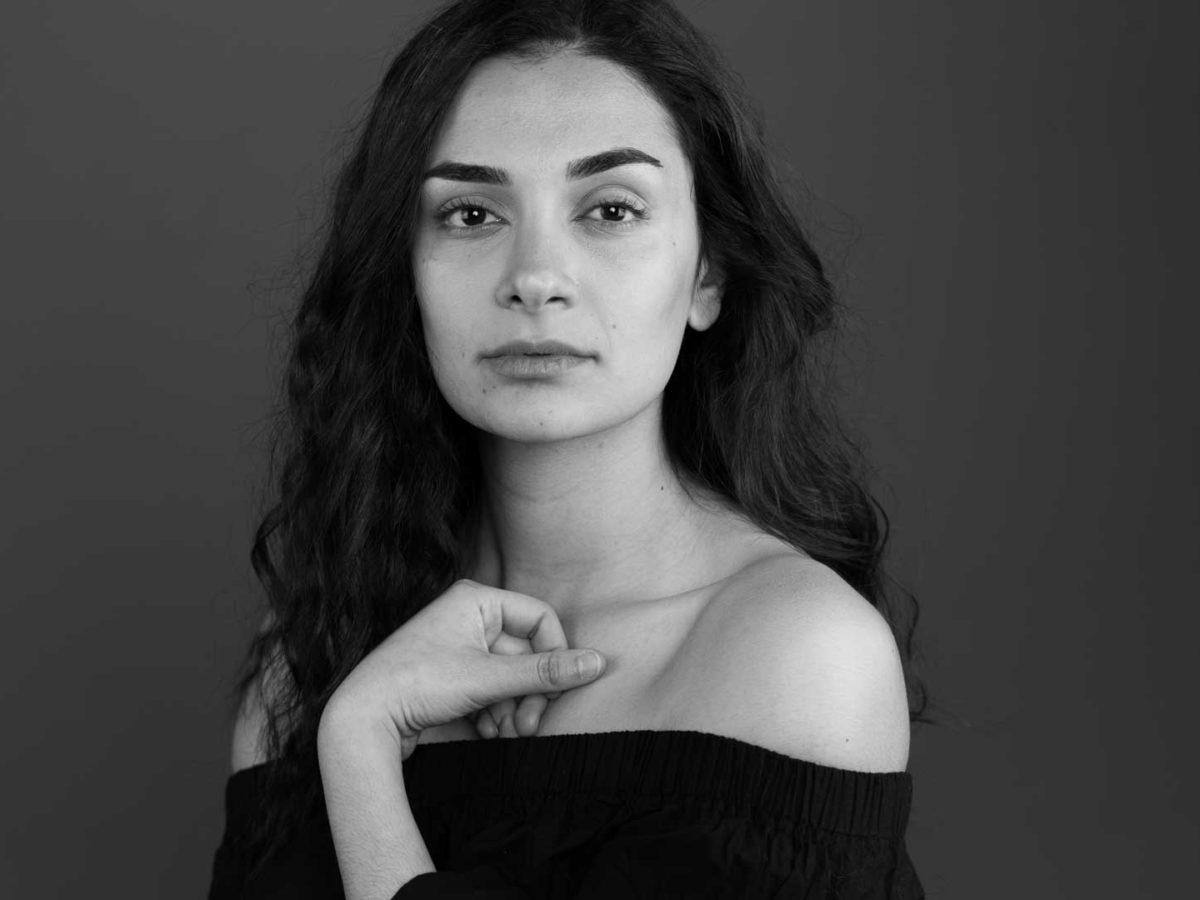 As Nordic women continue to shape the pop landscape, allow us to introduce you to MONA, a Swedish newcomer sculpting electronic R&B and Pop with an experimental touch, a sonic lane we love.

Much to the (short) disappointment of her parents, MONA‘s career path did not go as planned. In fact, after studying engineering for four years in Gothenburg, her hometwon, Mona felt lost without music at the core of her life. Consequently, she decided to make a U-turn and move to Stockholm to focus on her music and ultimately become a happier person. The commencement of the latter starts with “Gold Baby”, the 23-year-old’s debut single taken from her forthcoming EP “Au”. Eliciting quite a bone-chilling atmosphere, MONA‘s delicate vocals shine over downtempo and brooding production.

On “Gold Baby”, MONA reflects on a fading relationship with a lover and the point you realise you’ve reached a dead end with no way back to what the relationship once was. The song’s chorus reinforces the painful acceptance of love lost as she repeats “we’re not golden anymore”. Adding an emotionally fulfilling edge to the effort is the producer-songwriter’s form of therapy writing that enabled her to take distance from it and regard it as a positive change. We caught up with MONA to discuss “Gold Baby”, her inspirations and plans for the future.

HighClouds: Can you tell us about your musical background?

MONA: I’ve always done music, starting with violin when I was 7 years old, moving onto singing and playing the piano when I was 10, which I have been doing ever since. Today, I mostly produce electronic music but love to mix it with organic elements. For example, if I use classical strings in a song I might put a filter on it making it sound like something completely different.

When I was 18-22 years old, I had a pause from making music since I decided to become an engineer, but it didn’t work out since I felt like I lost myself not having music as my main focus. So I dropped out to dedicate my time and soul to producing and writing. I met Marcus who I work with, and we started immediately to play around with sounds and elements to kind of challenge what’s traditionally “accepted” in music. At first, my parents were quite disappointed, but when I started to play them my songs, they understood that I’m creating something different and unique. Today, I’m both writing and producing for myself but for other artists as well. I love doing both, cause it stimulates my creativity in different ways.

How would you describe your sound?

I would call it electronic R&B/Pop with an experimental touch, where I always focus on building an interesting and rich soundscape. Both Marcus and I are sound design nerds: we like playing with listeners’ expectations when it comes to using glitches and sound effects, also creating a dynamic topline by switching between naked vocals and powerful harmonies for example.

Many artists use gold as a metaphor in their songs, can you explain your meaning behind it and tell us how “Gold Baby” came together?

The title of the EP is “Au” which is the chemical symbol for gold (yes I’m still a nerdy engineer), so it kind of influenced the whole EP. I think it was born out of me getting older and more experienced, starting to question certain things in my life. I felt that parts of my life, both relationships with lovers and friends but also norms that I’ve always taken for granted, were slowly fading.

Since gold has historically been a symbol for things that perfect and divine, but also for aging and wisdom, I could use it in two ways to express the “golden” things that are fading but also where I am as a more mature and independent woman. 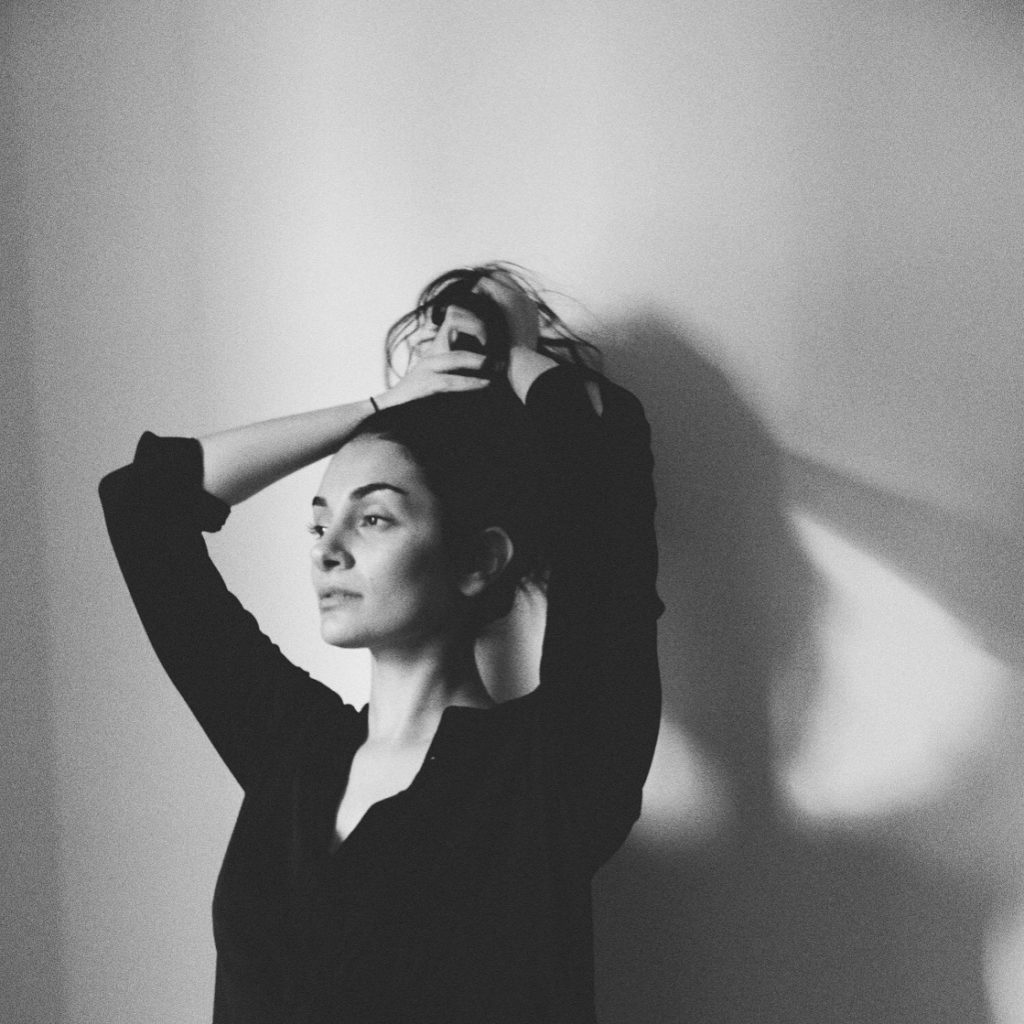 What are the main themes of your music? What do you want people to take from it?

My music is definitely inspired by real emotions, both from what I personally experience but also what people around me go through. I want people to not only understand, but to feel what I felt when creating that piece of music. When people tell me that they felt a heavy pain in their chest when listening to “Gold Baby” because it brought them back to a certain place or a state of mind, I feel like I fulfilled my purpose as a music creator. The best music makes people feel real emotions, they might get that tingling feeling in their spine or that their heart beats a bit faster.

What music did you grow up listening to, and what do you listen to now? Any big influences?

I grew up listening to divas with powerful voices such as Whitney Houston, Mariah Carey and Toni Braxton, who my mother and I adored. I’ve always loved R&B and soul, both legends such as Aretha Franklin and James Brown but also newer sounds like Alicia Keys and BANKS. The past years I’ve been really into more experimental R&B such as Jai Paul, SOHN and Kelela.

What are your plans for the future?

Right now, I’m mostly writing and producing for other artists, but I’ve also slowly started to work on my next collection of songs which will probably be an EP/mini-album in the same sound world as “Au” but in an extended version. I have no current plans on doing any live shows, but would love to do live in the future, when I have enough material for a full show. However, I know that plans might change but as long as I create music, I’m happy.

“Gold Baby” will be featured on MONA‘s upcoming EP “Au”