search in the clouds
March 13, 2017 Newcomer of the week, Pop, Soul/R&B, Special Features 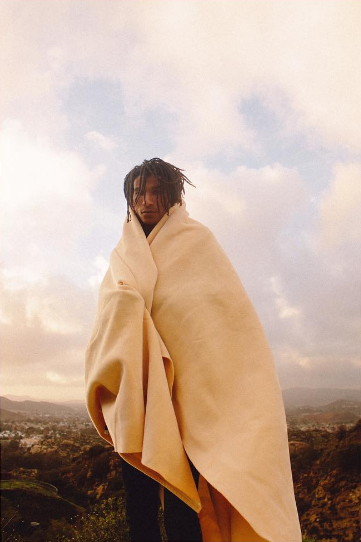 New generations are nowadays exposed to so many influences that their music is the reflection of a melting-pot of many genres. New artist Hush, based in Los Angeles, can easily be compared to Prince and Blood Orange as his debut track “Easy” represents the idea of innovation.

Coming from a family where classic rock was as appreciated as motown and pop, his debut is his first complete attempt to charm us after working on many demos. After moving from the rural outskirts of the Bay Area to Los Angeles, he started working on how to showcase his music and the result is something, that for us Europeans, sounds like the west coast: sun, love and experiences. The newcomer took some time to discuss with us his inspirations, new track and what we can expect from him in the future.

We go by HUSH, I go by Leben West, you can call me whatever you want, I’m not picky.

What can you tell us about your debut song “Easy”?

“Easy”? It’s funny cause until now I’ve never had to explain the nature of the songs to anyone and more and more I’m finding myself having to divulge what it’s all about. “Easy” is about a lot of things, losing my virginity, my first car, never knowing exactly what to say. It’s about being 17 above all else. I suspect a lot of people know the feeling. We recorded the song with our producer/foster parent Bob Curtin. If we are the body of the car, then he’s the bells and whistles.

The name- I’ve always wanted anything musical I’m doing to be associated with a moniker. One word, simple, think Cher, Madonna, Prince, etc. HUSH is a word that kept coming up during my hedonistic period of life adjusting to Los Angeles. In particular a girl once whispered that to me while we were falling asleep. It stuck with me. 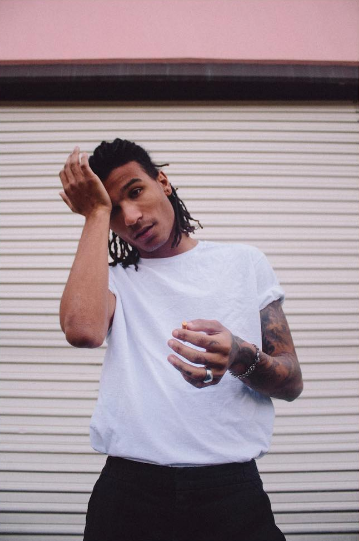 My father listened to disco and motown, my mom listened to classic rock. Musically those are where my roots lie. Nowadays, it ranges anywhere from Carol King to Migos, I’m pretty hard to nail down. I think it translates in the songs.

We just got done playing a series of shows in Los Angeles. Right now we’re getting back in the studio to put a record together. It could be six songs, it could be ten, we are just gonna feel it out and see what happens. Regardless, you’ll have something more substantial to listen to early summer, and a number of opportunities to see us play them live. That is most I can say right now.