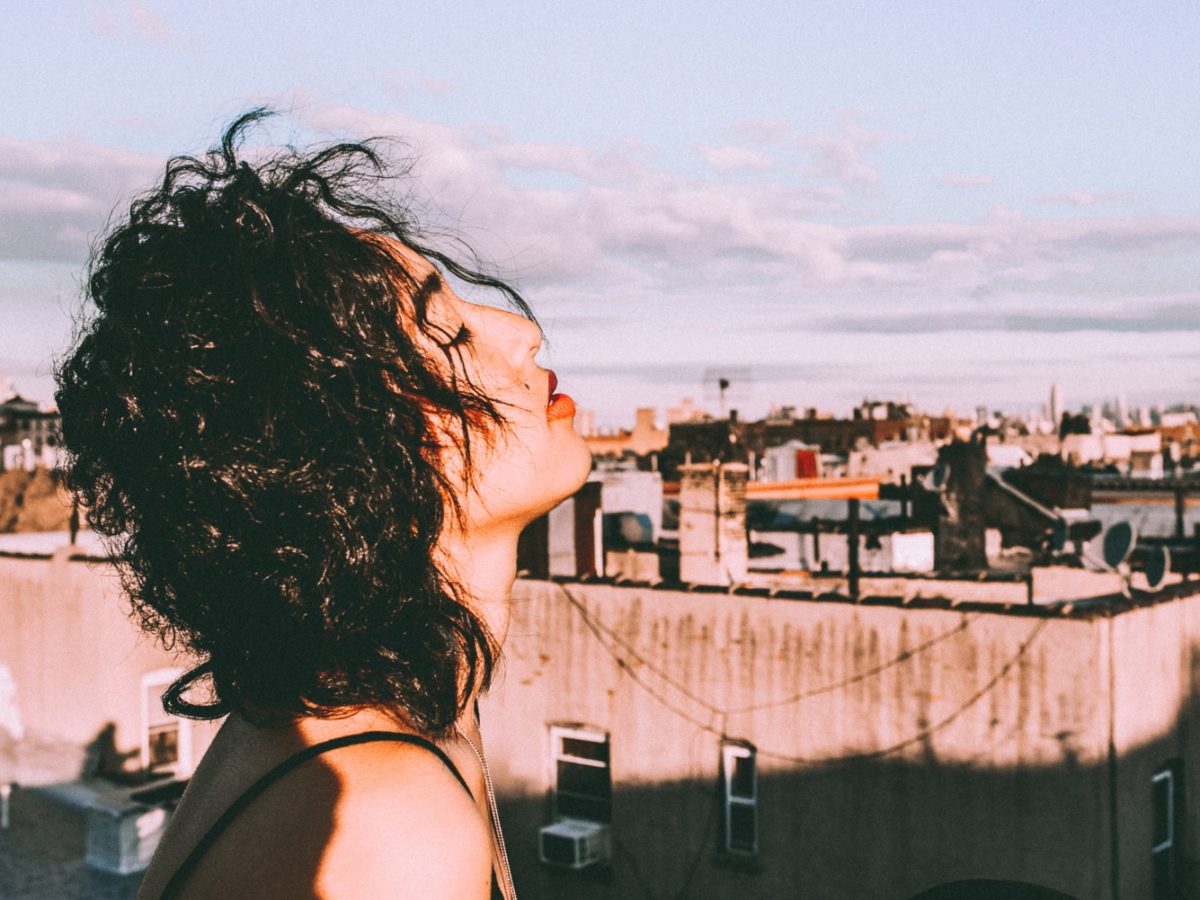 Brooklyn-based artist Kyyn started her career with her debut track “Walk On Water” released in the beginning of last year. Since then, she kept releasing brooding electronic tracks, unveiling her soul to the world. So, we are happy to premiere her brand new track “Stay Lit” that announces the release of her debut EP this Friday.

Following the same path as her last single “Uncontrol,” this new track is getting us closer to her inventive way of producing pop tracks. About the creative process of the track, Kyyn explained to us over an email:

This song used to be quite stripped down when I first wrote it (summer of 2015), minimal production and mostly vocal harmonics. The general thought I had while writing this song was being in a cold cabin in the middle of the woods, and the fire would keep burning out, so you or someone you’re with would need to keep getting firewood in order to survive. It was based on some minimalistic internet game called “A Dark Room,” that only used text. I stopped working on the song, but gave it to Tiger Darrow, who put in all the production work and additional writing to help finish the song later in 2016 . She gave it more “fire” so we could have that give and take between having any fire in the cabin, to having enough fire to last us a little longer. With some additional production by John Cunningham, we were able to finish the song at the end of the 2016. It was about a year and a half in the making, and now it’s finally ready to see the light of day.

You can listen to Kyyn‘s debut EP this Friday, that will be released in every platform. For now, you can follow her over Facebook, Twitter and Soundcloud.