search in the clouds
February 24, 2017 Newcomer of the week, Pop, PREMIERE, Special Features 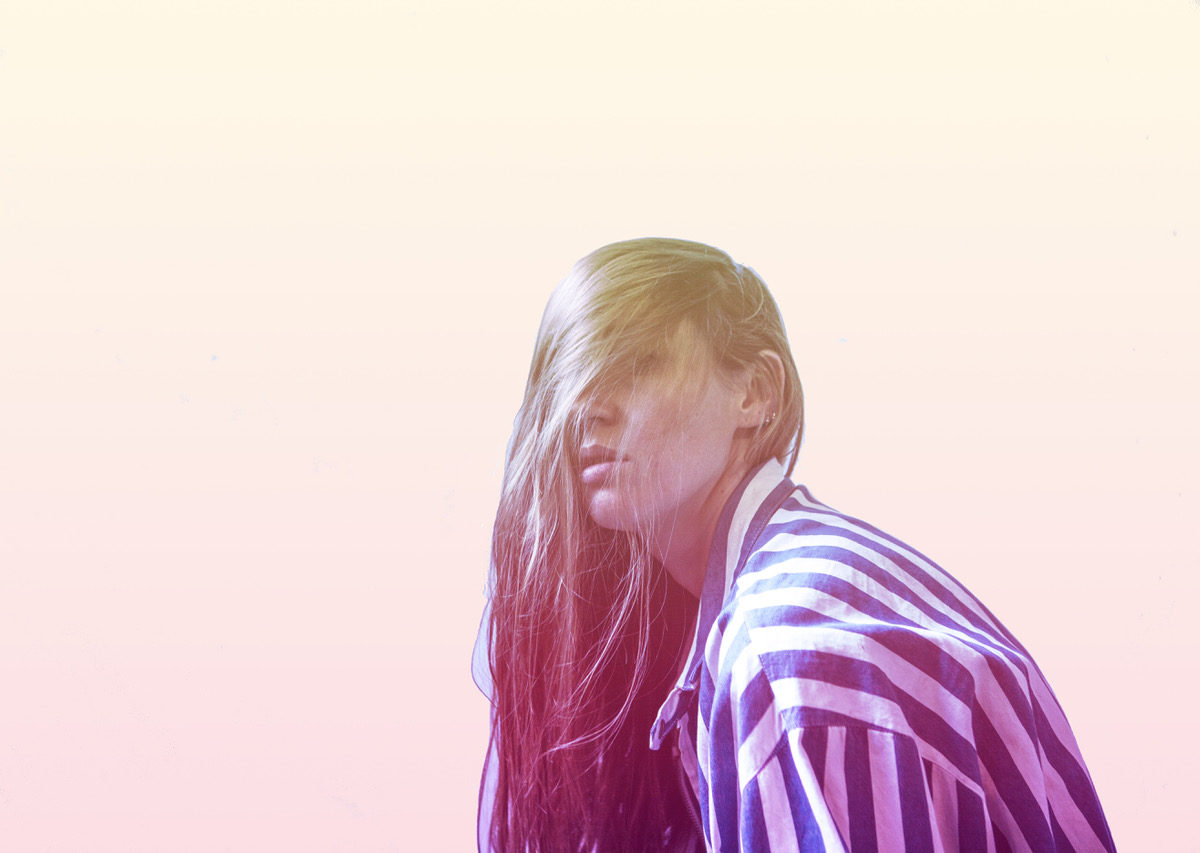 As a strange mix of Laurie Anderson and Jessy Lanza, you get to see some of her extreme imagination. Going from sweetness and harshness at the same time, you can sense her search to disturb the listener while still trying to please him. “Reality” is just like life: a combination of extremes, fragmented segments that surround us all of the time, forcing us to make decisions. She took some time to answer some of our questions about her debut, inspirations and relationship with crystals.

I am Tiger Tiger, a female vocalist. I´m singing, composing & producing music. Actually, I am living with my beloved family in Munich.

This is my second music project, my former band quietly felt asleep. The first sketches were created shortly before and shortly after my second daughter was born. A personal weird time. At this time and no other my perception (of the senses) was extremely clear and conscious. I have seen life exceptionally sharp in those days. At the same time I was in a hormonal exceptional condition, often quite insane. This contrast was quite good for creativity. From the conscious to the unconscious. controlled and uncontrolled, rationality and bounded rationality. I started recording sketches at home in the few moments no kid was lying in my arms. Almost a year later I started to re-work them with Ed-Demo, a great musician and friend, in a small studio called deeper down. We substituted my midi sketches with real analog sounds.

What can you tell us about your debut song?

“Reality” is a glimpse into Tiger Tiger‘s world of twisting strechting sounds, fragmented beats and vocal manipulations. I wanted to write a song that exhorts me not to stay in iirational future fears. Anxiety about my children , my family, our future in this crazy world. Fears paralyze and feel very serious. For some while the imaginary, the fiction was my reality. Therefore, the origin of the songs are deep and thoughtful. So it was important to me to afford an contrast in production and visualties,- playful, easy, grotesque, lighter.

“The main things in my life are my intuition, introspection, satisfaction and curiosity” – Tiger Tiger

In your video, there is a lot of crystals. What connexion do you have with it?

The crystal in “Reality” is the symbol for the imaginary. Something difficult in the subconscious that doesn´t need a logical link.

A good friend of mine (the one who did the fabulous video editing) once called me and said “hey tigerpants”.. In a funny night with lots of drinks and good friends Tigerpants became Tiger Tiger..

Days are made up of so many different things, situations and people which are all constantly stimulating my imagination. Probably the main things in my life are my intuition, introspection, satisfaction and curiosity. Composing music helps me get through this crazy world. When I composed the first tracks for this project Björk‘s “Vulnicura” has been an important music album to me. “Moments of clarity are so rare” love this sentence. Furthermore another great woman, Louise Bourgeoise was an great inspiration in this time. Her obsessive dealings with her fears impressed me.

I hope to release my first EP within the next few months and definetly will play some shows with the new songs. I miss being on tour! But for now, I am still in the studio.