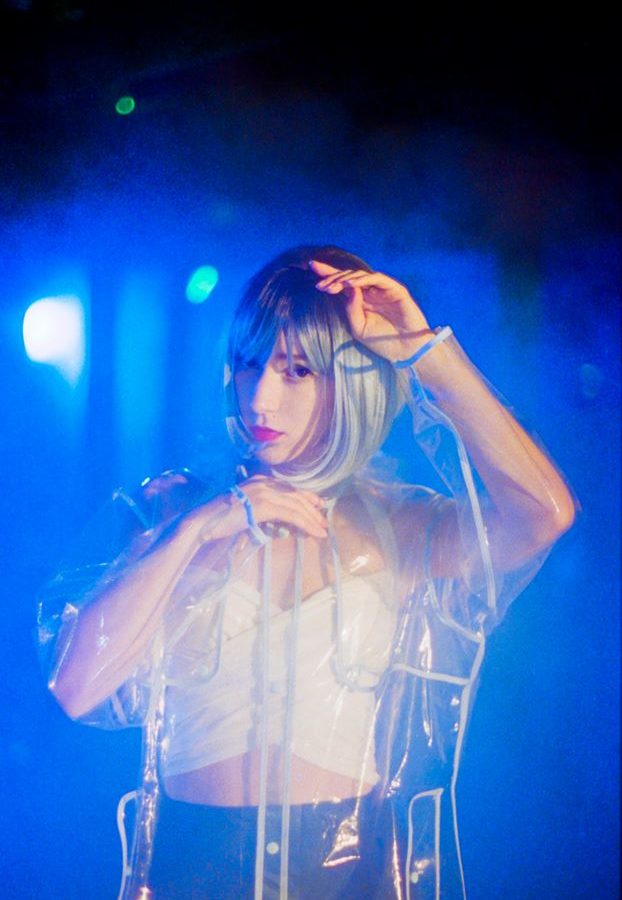 “It’s a very old song,” she says. “I originally wrote it as a guitar ballad.”

Listening to “Desire”, the last thing you would expect it to be is a guitar ballad. It’s pure dreamy synth-pop, reminiscent of Lily Allen’s “The Fear” from exactly a decade ago, but with the French flair of LIO and Alain Chamfort. Lou also credits 80s Japanese City-pop as an inspiration behind the track – its upbeat tempo and wistful lyrics can be traced back to Mariya Takeuchi. The nostalgic vibes of the synthesiser waves will make you want to go through your teenage years again, pirouetting in your childhood bedroom while daydreaming about Zac from the year above.

Lou had been writing and performing her songs since the age of four, around the same time she started learning to play the piano. As a teenager, she also taught herself to play the guitar but nowadays, she mostly uses a synthesiser to produce her own music. She also directed and edited her last five music videos – “Desire” being the most recent one.

“It’s important for me to create the whole story,” she explains. “Even when writing a song, I already have the images of it in my head.”

The focus on imagery is evident in Lou Rebecca’s music videos. The one accompanying “Desire” was inspired by the illustrations in an old copy of Hans Christian Andersen’s “Fairytales” which Lou used to read as a child back in Paris. Although the pastel-hued video seems joyous in nature, it actually has an underlying dark theme.

“You know how the original “Little Mermaid” was so much different [from the Disney version]?” she asks. How can anyone forget? In the Andersen fairytale, the titular character endures constant emotional and physical pain, only to be rejected by their prince and turned into sea foam. Lou Rebecca wanted to convey this idea through the lyrics: “I’ll be anything you want.” There may be endless possibilities to become whoever you want to be, but is it ultimately worth it?

As opposed to the Little Mermaid, Lou Rebecca seems to be stomping firmly on the ground by being the main creative power behind her songs, from start to finish. Next week, she is embarking on a tour across North-East America, where she will be opening for British electropop band Ladytron. However, she does not rule out a European tour (with a stop in Paris of course) in the future: “It would be nice to visit my friends and family,” she admits, smiling.