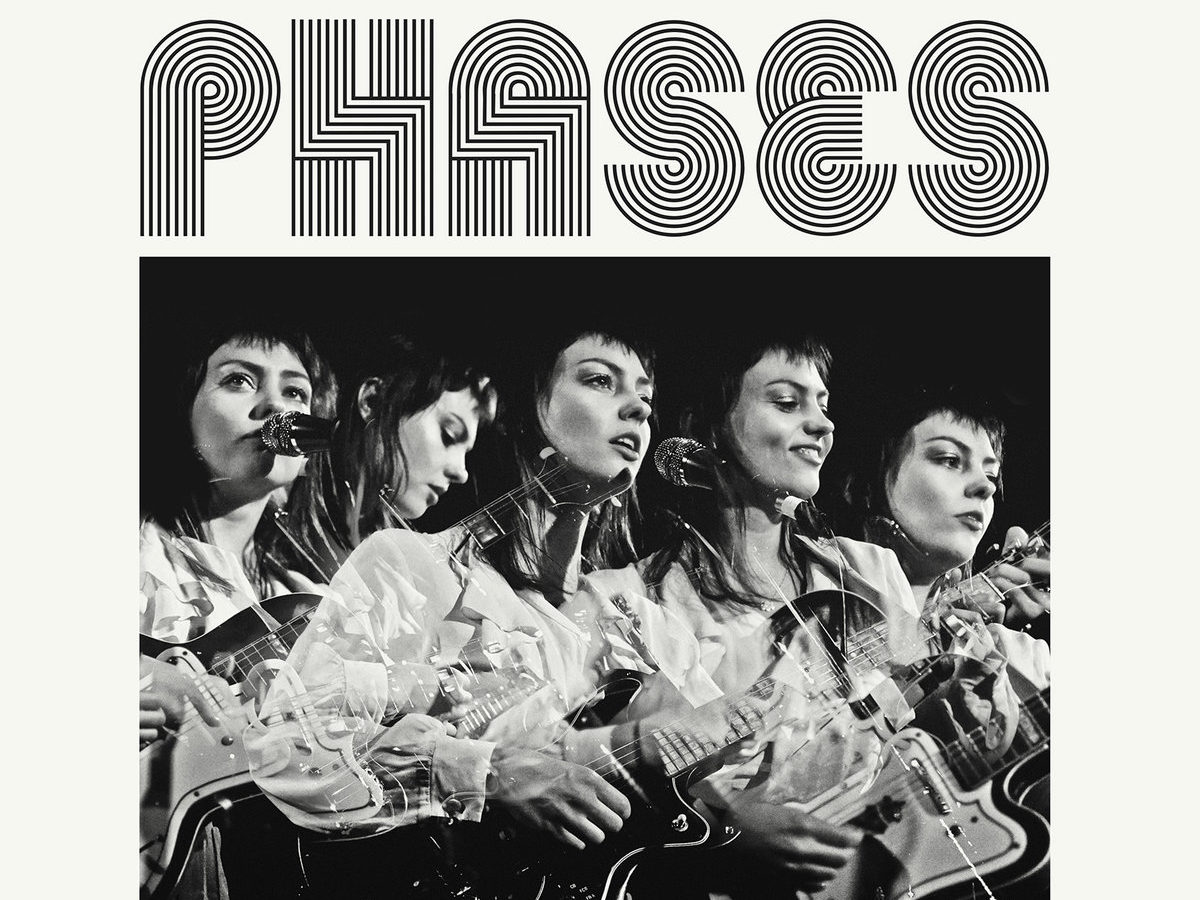 It’s not common for artists to release a b-sides and outtakes compilation early in their career, at least not in this day and age. But then again, Angel Olsen is hardly a common artist.

After putting out three studio albums and a couple of EPs in six years, Chicago-based singer-songwriter Angel Olsen considered that she had enough leftover material in her vaults to compile it all under a single LP. “Phases” represents the first instance in Olsen’s career when she has cared enough to stop for a while and look back. Her path towards stardom has thus far been marked by her willingness to adopt a new identity with each album cycle; she has gone from the introspective, indie-folk singer-songwriter airs that impregnated her early work to the almost rock goddess stance that she took on 2016’s “MY WOMAN”, her first album to truly become a crossover success. The songs in “MY WOMAN” ranged from the St. Vincent-esque art-pop of “Intern” to the sprawling heartland rock of “Woman” or “Sister”, effectively expanding both her sonic palette and her target audience. It will always be the album that solidified Angel Olsen’s place as one of the best singer-songwriters of the decade, and in all likelihood, it’s also the responsible for Phases’ existence. A year after its release, Olsen has basically reached that cult status by which a compilation of outtakes, demos and covers can end up being one of the year’s most anticipated releases, even if most of these songs had already seen the light of day in one form or another.

A fair representation of Olsen’s growth as a songwriter, “Phases” is sequenced in almost reverse chronological order, which somehow turns out to be less awkward than it should. The Mazzy Star-esque melancholy of “Fly On Your Wall” – a “MY WOMAN” outtake that was originally released in January as part of the anti-Trump compilation “Our First 100 Days” – starts things off led by a staccato rhythmical pattern involving every instrument; the first two minutes of the song being little more than an excuse to get to a gorgeous outro with Olsen dropping her clenched-teeth singing in favour of a lovely high-pitched wail. Also taken from the recording sessions for Olsen’s latest studio album, the seven-minute “Special” gracefully channels the slow-burning spirit of the longest songs in “MY WOMAN”. These are fully developed songs that could have easily made their way into her studio records, even if they may sometimes lack the oomph present in Olsen’s strongest material.

“Phases” is another testament to Angel Olsen’s singular songwriting talents, a window to the intimate recording processes of an incredibly gifted young woman.

Whether conveyed by the 60s pop bliss of “California” or by the lo-fi charm of her cover of Bruce Springsteen’s “Tougher Than The Rest”, a distinct melancholy pervades every note in “Phases”. Angel Olsen’s wistful, unmistakeably American twang articulates sadness like few other contemporary voices; if she wanted to, she could even turn Chumbawamba’s “Tubthumping” into a heartsick ballad about existential dread and lost loves. With a voice and an ear for melody like hers, it’d be foolish to decorate these songs to an excessive degree. Often in charming, slightly off-kilter fashion, “Phases” errs on the minimalist side and sees the artist relying on her guitar and her moving timbre as the only possible conveyors of her songs’ captivating gloom – see “Sans” and its equally moving and catchy “wish it were as easy as just picking up the phone” refrain.

“Phases” offers an inside look into Olsen’s songbook, even if that means that some of these songs are just sketches that could definitely use some polishing (“For You”, “How Many Disasters”); endearingly patchy covers (“Tougher Than The Rest”), or even blatant knock-offs of the artists that have inspired her along her career. That’s how we’re lucky enough to get to hear a song like “Sweet Dreams”, a lo-fi take on ‘Stories From The City, Stories From The Sea’-era PJ Harvey that finds Olsen openly imitating the British singer’s dramatic howls.

Due to its very nature, “Phases” lacks the re-assuring stability of Olsen’s proper studio albums, but even though it’s obviously just a diverse collection of outtakes taken from different eras, there’s still a certain consistence about her songwriting quirks that stops the album from becoming a disjointed mess. It’s perfectly reasonable to be wary of compilations; usually label-directed marketing ploys whose only purpose is to make money out of something that demands little to no economic investment. Like the large majority of them, “Phases” is not precisely an essential listen for casual fans, though that’s not to say that it doesn’t constitute a welcome entry to Olsen’s blooming canon. If anything, “Phases” is yet another testament to Olsen’s singular songwriting talents, a window to the intimate recording processes of an incredibly gifted young woman.