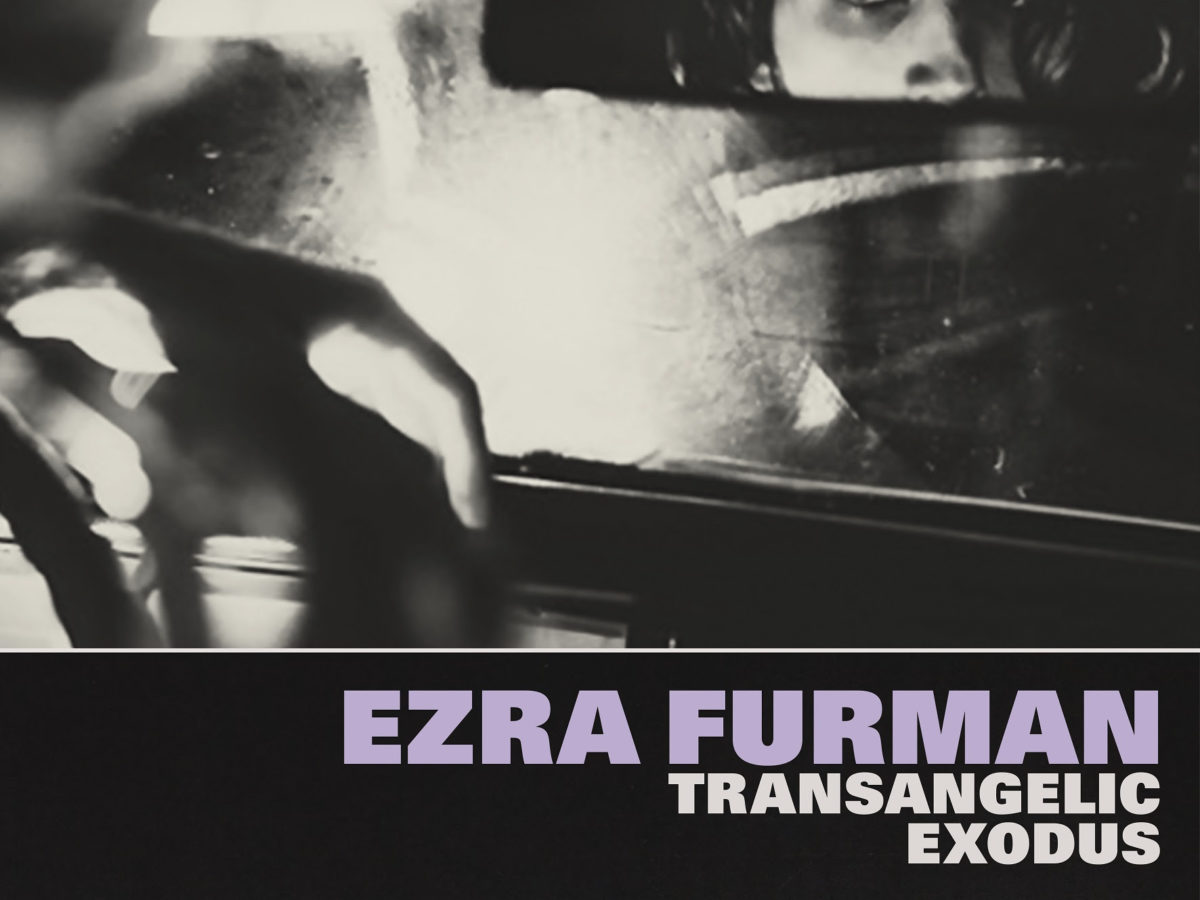 “Transangelic Exodus” is a new landmark for Ezra Furman: “Not a concept record, but almost a novel, or a cluster of stories on a theme, a combination of fiction and a half-true memoir,” according to its author. “A personal companion for a paranoid road trip. A queer outlaw saga.”

Of all the hooks included in “Suck The Blood From my Wound”, the opening track from Ezra Furman’s new album “Transangelic Exodus”, there is one that stands out from the rest. Sitting somewhere in between early Elvis Costello and 70s Bowie, the song is a power pop banger driven by Furman’s insanely catchy melodies, which are delivered with so much confidence that it’s impossible not to buy every single line he’s singing – his vocals have a punkish air to them, and there’s definitely a general sense of defiance permeating the whole album. “Suck The Blood From My Wound” is an outstanding opener and the latest inclusion to a long list of songs which have such a strong melody that all you wanna hear is the same verse over and over again. At the end of one of these verses, Furman shouts “To them we’ll always be freaks!,” grounding the album in a us vs them mentality that it never really relinquishes. Even the LP’s title and front cover suggest that this is a concept album of sorts, a collection of songs that construct a narrative focused on a queer misfit that is venturing into a new world and trying to leave the past behind.

Ezra Furman’s “Transangelic Exodus” is an incredible success, a revealing document of an artist finally coming fully into his own after an interesting yet slightly hit and miss career.

Ezra Furman has shown time and again that he’s one of the most eloquent queer voices in the current pop world, and “Transangelic Exodus” does nothing but solidify his status as one of pop music’s spokespeople for the unprivileged. At times, Furman’s willingness to speak out against conventional notions of gender and sexuality comes through in the form of euphoric sing-alongs, like in “Suck The Blood From My Wound” or in the new wave-y “Maraschino Red-Dress $8.99 at Goodwill”; other times, it is reflected through introspective, low-tempo songs that boast tangible melancholy airs – take the strings-led “God Lifts Up The Lowly” or the slow, droning anguish of “Compulsive Liar”, which finds the album’s speaker going back in time and exploring his reluctance to be open about his sexuality at a young age and the long-time consequences that such a struggle brings with itself: “And I can trace the habit / To when I was eleven / And I thought boys were pretty / And I couldn’t tell no one.” Even if this is at times an album manifestly about getting away from somewhere without looking backwards, Furman can’t help but end up going back to what still remains a haunted past – take a look at the album’s cover and you’ll see Furman at the wheel, ready to begin again. Take a closer look and you’ll also see him staring at the rear-view mirror, conscious about the fact that the past always comes back again to fuck us up.

“Transangelic Exodus” is not only neatly jointed by its theme – there’s a pervasive and infectious sense of pop melody running through the album, turning what would otherwise a muddled collection of songs into a consistent work of art which effectively retains a very specific feel -even if it’s as diverse as you can get. It’s hard not to think of one of indie pop’s most well-known oddball troubadours, Ariel Pink, who at his brightest moments nails what Furman has accomplished with “Transangelic Exodus”: making a pop album that is as multifarious as it is focused and concrete. Every song touches on a different style, but they do so retaining an emphasis on melody and exposing Furman’s pop idiosyncrasies. There are times when it seems that a single track contains different songs in itself: “Driving Down to L.A.” is a classic road trip song whose structure shifts from the dry, desert rock feel of the verses to a noisy, flashy chorus that sounds more like Grimes backed up by Nine Inch Nails, while “Psalm 151” momentarily abandons its psych rock ambitions in order to pursue a calmer, acoustic aura.

“Transangelic Exodus” is Ezra Furman’s eighth studio album, but it’s definitely not your typical boring mid-career LP; it’s an incredible success, a revealing document of an artist finally coming fully into his own after an interesting yet slightly hit and miss career. It’s catchy and straightforward without renouncing a certain depth, and it all fits together so perfectly that even the weakest tracks (see “From A Beach House”) have a definite purpose within the album’s sonic structure. Actually, calling any of these tracks weak would be a massive overstatement – all of them are compelling enough on their own, and the album is sequenced so they all bring the best out of each other. Touching, relevant and insanely infectious, “Transangelic Exodus” is arguably Furman’s best ever and a more than serious early contender for album of the year.