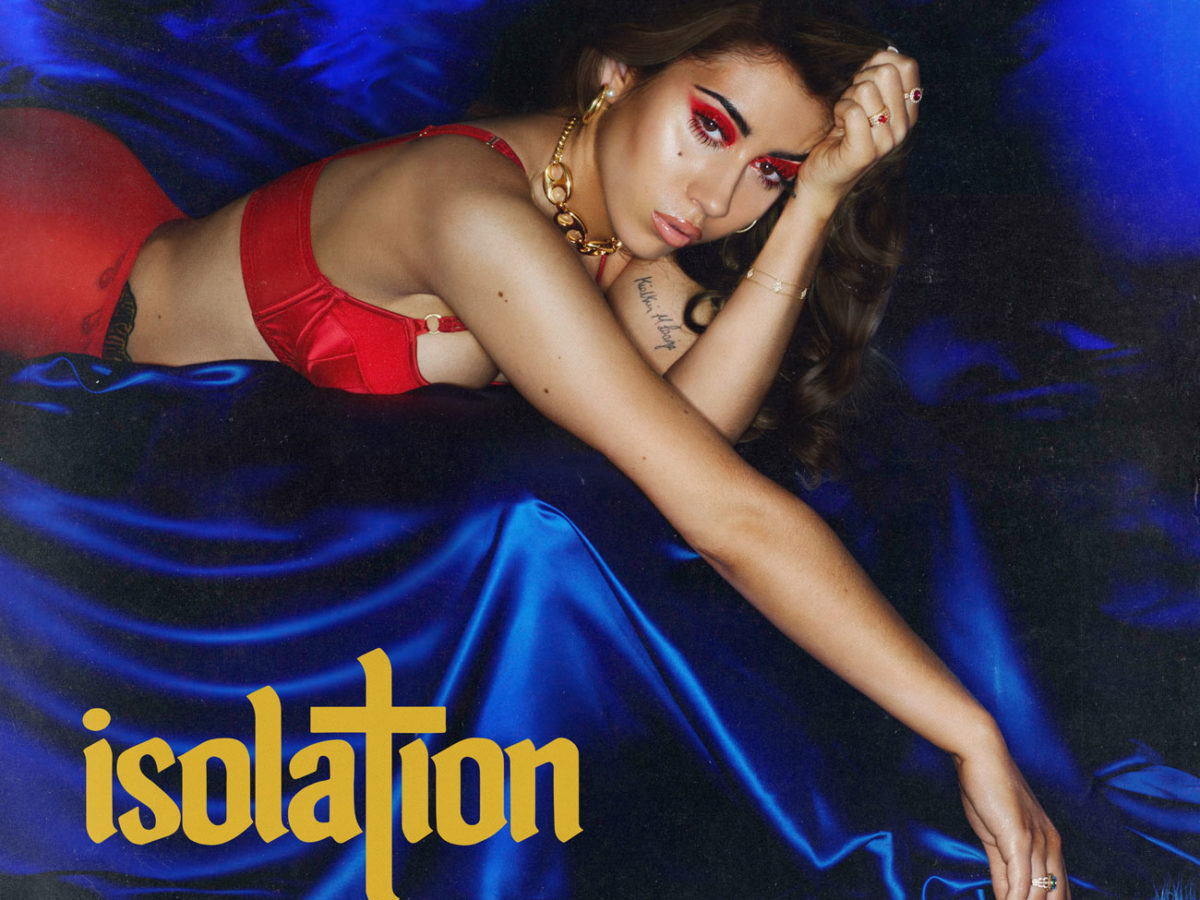 If you’ve been following any major music publication for the past twelve or so months, there’s no chance in hell you haven’t heard of Kali Uchis.

She’s been absolutely everywhere – and when I say everywhere, I mean everywhere. If you still have vague memories of “Humanz”, Gorillaz’s first LP in seven years, you may recall Kali Uchis’s voice mingling with Damon Albarn’s on album highlight “ She’s My Collar”. Remember Miguel’s critically acclaimed “War & Leisure”? Well, she’s in there too. Ever heard of a guy who goes by the name Tyler, The Creator? That is Uchis singing in the best track off his last album. Are you one of the five people who still care about the Grammys? She was there too last year, nominated for two awards without even having put out an album yet. And that’s only if we’re taking into account her accomplishments in the English-speaking world – which we shouldn’t, because she’s massive outside of it (“El Ratico”, her single with fellow countryman and impossibly kitsch singer-songwriter Juanes, peaked at number 1 in Colombia.) It’s hard to remember the last time a pop singer reached these levels of omnipresence without having released an album.

“Isolation” does live up to the expectations that Kali Uchis has been setting for the past few months. It’s a surprisingly consistent album, particularly for a debut with dozens of different producers and guest artists. Sure, there’s no big single standing out from the other songs, but there’s hardly any clunker in it. Furthermore, “Isolation” is also one of the latest and most eloquent examples of pop music that can be highly accomplished at an artistic level without renouncing to a certain amount of commercial viability.

With her debut album “Isolation”, Kali Uchis proves that she is a true pop star in the real world, but she could also be one in a David Lynch film

Kali Uchis’s most valuable asset is undoubtedly her mass appeal, inarguably reinforced by her malleability as a singer. The only consistent leading thread on “Isolation” is her racy, alluring voice – this is an album where a minimalistic synth-pop Damon Albarn collaboration can follow up a reggaeton track sung in Spanish without raising anyone’s eyebrows. A cursory glance at “Isolation”’s sprawling list of collaborators and producers can be quite revealing. There’s literally a different team of producers for every track, which accounts for Isolation’s insistence on multifariousness as Uchis’s signature move. And it’s not like she’s drawing from a well-set-up group of musicians who have worked within similar circles for years. For every Greg Kurstin of Mark Spears, people who’ve added production chops to some of the biggest pop singles of the decade, there’s a Damon Albarn or a David Sitek, critically acclaimed alternative pop artists with a knack for flirting with the mainstream – fast forward a couple of generations and you can replace those middle-aged dudes with Tame Impala’s Kevin Parker and Brockhampton’s Romil, both also in Uchis’s production team.

But enough with the production talk. “Isolation” is first and foremost Kali Uchis’s album – her voice is an imposing presence on every track, dominating the listening experience with an astonishing charm rarely seen on a debut LP. Whether she’s singing over a faux-bosssanova instrumental (see opener “Body Language”) or on a festival-ready take on psychedelic pop (the Kevin Parker-produced “Tomorrow), Uchis’s swoon-worthy voice always ends up becoming the only focal point of her songs. While swapping genres seamlessly, Uchis inhabits different personae, putting on costume after costume as the music keeps playing in the background. In “Miami”, she becomes an East Coast version of Lana Del Rey, dropping a Smiths reference in a song about drug kingpins because that’s just what she does. Later on the album, she pays a visit to Damon Albarn’s oneiric fantasy, showing glimpses of an intermittent melancholy that permeates the most heartfelt songs on “Isolation”: “Why would anyone stay awake after being so sound asleep?”, she wonders in what’s arguably the album’s highlight.

There’s definitely something to be said about “Isolation”’s attempt to incorporate some sort of loose narrative into its musical backbone – “In My Dreams”, which features Uchis and Albarn mounting a strong case for their dream world as some sort of Eden unreachable in earthly life, is soon followed up by a brief and snoozy interlude where Uchis finally decides to wake up and face reality: “I’m getting tired of sleeping in / But you’re much better in my dreams / But I gotta get up / And get me something real”. But her way to confront the problems of the real always includes something of a dream element to it – see the Kevin Parker-produced “Tomorrow”, whose crude lyrical realism makes a stark contrast with the music’s hazey feel.

That striking contrast is precisely the true essence of Kali Uchis as an artist. She’s a true pop star in the real world, but she could also be one in a David Lynch film – Uchis’s presence would make complete sense both as a featuring artist on a chart-topping Pitbull track and as a mysterious neo-soul singer who suddenly begins whispering unintelligible gibberish to a giant kettle. “Isolation” is not only one of the best debut albums of the year; it’s also a powerful and successful reminder that there are times in life when you can win by playing left-field.