Nabihah Iqbal – Weighing of the Heart 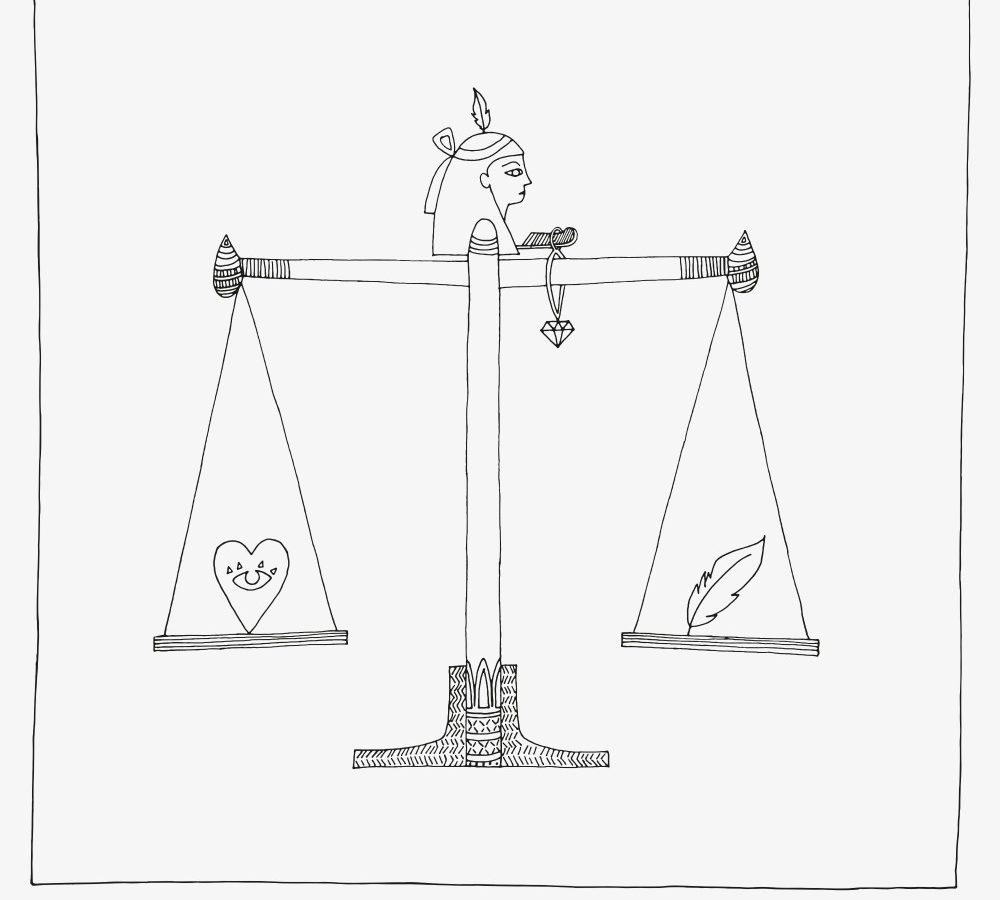 Formerly known as Throwing Shade, British DJ and producer Nabihah Iqbal is now releasing her first album under her given name, “Weighing of the Heart”, via Ninja Tune.

Nabihah Iqbal’s music could be seen as a lighter and less angsty take on post-punk, at times coalescing with the sonic reveries of dream pop – think of Chromatics at their poppiest moments, songs with a sense of ubiquity that somehow feel right whether they’re being played at the end of a Twin Peaks episode or being blasted in a shopping mall. As her resumé will probably tell you better than I can, Iqbal boasts a remarkable knowledge of pretty much all kinds of music, and even though her debut “Weighing of the Heart” is definitely rooted in the Western alt-pop tradition, there are times when that musical background effectively emerges in her songs, infusing them with a splendid freshness that turns the album into a layered, forward-thinking experience.

With the exception of a couple of tracks, “Weighing of the Heart” remains loyal to a single dreamy mood, letting Nabihah Iqbal’s voice dwell persistently in the background, merging with the other instruments and creating an ethereal atmosphere that is as charming as it is pervasively wilful and melancholy. That’s not to say that ‘Weighing of the Heart”’s charms are exclusively limited to its sense of aesthetic unity, though. In point of fact, some of these songs are remarkably catchy and poppy for an album of these characteristics. Opening with handclaps and embellished with echoing harmonies, the standout track “In Visions” boasts an impressive chorus that is only hamstrung by Iqbal’s shaky vocals. The songs here aren’t particularly challenging in terms of vocal range and her voice definitely does the trick for the most part, but she does struggle when holding long notes, which could be a bit of an issue for listeners that demand technical proficiency.

At its best, “Weighing of the Heart” is a delightful and bold rethinking of 80s dream pop. Nabihah Iqbal’s musical aesthetics has often been compared to the likes of The Cure or Siouxsie & The Banshees, and while there’s certainly some of that at work, “Weighing of the Heart” also takes its cue from more vaporous forms of alternative pop, as well as incorporating a few electronic and kraut elements – see the Neu!-like guitars of instrumental “Alone Together”, which favours repetition and looping over stratified songwriting development –.

Nabihah Iqbal‘s adventurous new album “Weighing of the Heart” is an impressive debut, a first taste of what is beginning to look like an incredibly promising career.

It’s true that the album retains a sense of unity throughout its entirety, but that doesn’t mean that every song is constrained to the dream pop domains. “Zone 1 to 6000” breaks the spell for three minutes and a half, finding Iqbal quasi-rapping a spoken word piece over a steady beat and a circling bassline. Placed right in the middle of the album, ”Zone 1 to 6000” can feel slightly intrusive at first listen, but it’s a necessary diversion that offers us to catch a brief glimpse of Iqbal’s dance roots before they appear again in “Untitled Friday”, a short electronic piece that closes the album by approaching its bewitching state of reverie in quite distinct fashion. It’s an appealing reminder that Nabihah Iqbal isn’t signed to Domino Records or to Moshi Moshi but to the mostly electronic-based label Ninja Tune, home to artists like Kate Tempest or Actress.

“Weighing of the Heart” ends not with a bang but a whimper. Featuring a daze-y bassline and guitars directly taken out of the New Order songbook, “Eternal Passion” is Nabihah Iqbal’s most straightforward tribute to post-punk, a slice of sombre guitar music that, albeit instrumentally interesting, fails to be as moving as the rest of the album. And “Slowly” is, erm, slow; a minimalistic ballad embroidered by some almost 70s-esque guitar playing that is instantly reminiscent of St Vincent’s most intimate moments. “Weighing of the Heart” is an impressive debut, a first taste of what is beginning to look like an incredibly promising career. If it is flawed, that’s because it is adventurous. This is the kind of album that we would expect from an ambitious dream pop band well into their career, not from a debutant. If there’s something clear after listening to “Weighing of the Heart” is that Nabihah Iqbal has the potential to make a great album one day; until then, let’s all enjoy her pretty good debut.