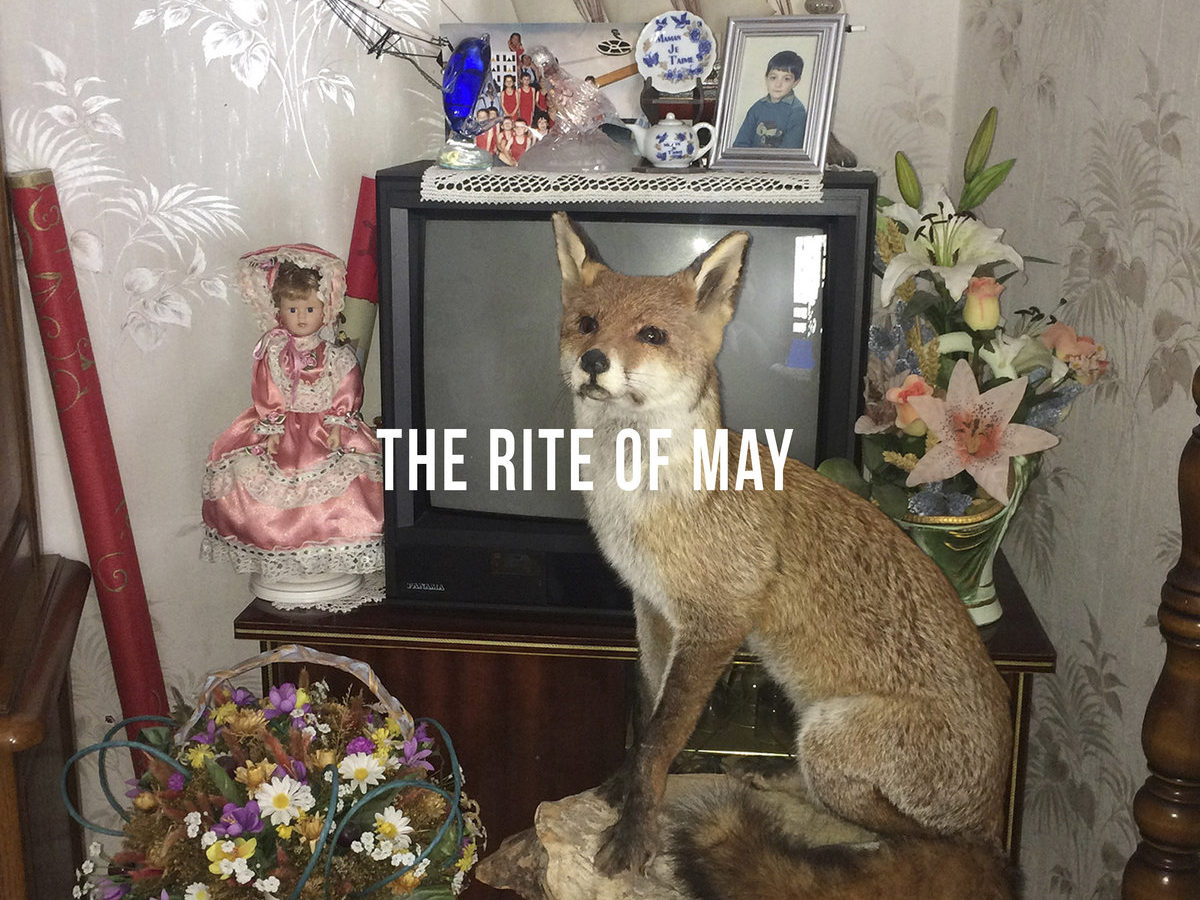 Don’t sleep on Oklou‘s last EP “The Rite Of May”, out now on Coucou Chloe and Sega Bodega‘s label NUXXE.

Based in London although originally born in France, Marylou Mayniel has been making the rounds through alternative music blogs thanks to her first release under her Oklou moniker. The six-track EP, “The Rite of May,” is her debut official release, but she has been working hard for years in underground electronic scenes – collaborating, featuring on other people’s tracks, curating radio shows and mixtapes. In spite of her youth, she does come off as something of a music veteran – apart from being a singer, she’s a producer and a composer with a classical music education. Featuring uncanny production techniques and outlandish electronic sounds, “The Rite of May” definitely feels more like the brainchild of a seasoned artist than a debut album by a promising young singer.

Some of the artists Oklou has named as influences are more or less to be expected –youngish musicians whose boundaries-breaking work is already regarded as seminal like James Blake or Frank Ocean, and you might throw Bon Iver in as well, although Mayniel’s work is definitely much more R&B inspired than Justin Vernon’s. Some others are more reluctant to be found in her music – she has mentioned SZA and Justin Bieber, whose straight-faced pop sensibilities appear only occasionally in “The Rite of May”. Production-wise, “They Can’t Hear Me” could pass for one of the latest Charli XCX songs with the PC Music gang, but its reluctance to be built around an immediately catchy melody stops it from fully stepping into pop territory. In point of fact, it is her non-commitment to embrace easily recognisable melodies that makes “The Rite of May” an impressive yet not fully realized project. Although not without its charms, “They Can’t Hear Me” is not a particularly inspired song, and Mayniel would probably benefit from drifting completely towards the trippy, club-influenced vibe that permeates most of the songs in the EP.

Of all of them, it’s probably Frank Ocean who makes the most sense. One of the things that struck people the most about “Blonde” is the amount of time it takes for the listener to finally hear Frank’s voice, unedited and recognizable. The first notes you listen to in “Nikes” possess an eerily alien feel to them; no matter how many times you’ve heard the song, you won’t get used to that voice. There’s a similar thing going on with Oklou, except that the alien feeling never really goes away. But that’s not to say that it’s hard to see yourself in her music. While “The Rite of May” is interesting from a sonic standpoint, its biggest asset is that it is capable of conveying a great deal of emotion by confronting the listener with unfamiliarity. There’s something charming about Mayniel’s constant use of Autotune, whose appearance here goes well beyond pitch correction. Even if heavily edited, her voice always seems to be on the verge of breaking naturally, expressing a longing that covers the entire EP with an aura of melancholy.

Oklou‘s “The Rite of May” is interesting from a sonic standpoint, its biggest asset is that it is capable of conveying a great deal of emotion by confronting the listener with unfamiliarity.

Mayniel comes off at her most charming precisely in the most far-out moments. The first thing you hear when you click on the opening track “Valley” is an array of clichéd ambient tracks that would’ve fit nicely in an Enya song, the sound of cascading water resonating over what seems to be a train’s clackety-clack. Suddenly, “Valley” takes on a full twist, subverting its stereotyped intro: two heavily Autotuned voices engage in androgynous harmony with each other, turning their plaintive reflection (“Why do you love me? / No, you ain’t got no reason to love me”) into an alluring, robotic battle cry that sets the tone for the EP’s emotional yet interestingly aloof aesthetic. “Valley” is song with an instrumentation so embedded in the minimalist tradition that it’s tempting to call it acapella, but for all her reluctance to imbue her music with overwhelming arrangements, Oklou goes to great lengths to make sure the scarce resources she’s using are absolutely spot on: she’ll come across sounds online, stemming from sources wildly different from each other, and will find the way to let them into her music.

It all comes fully realized in “Friendless”, undoubtedly her most impressive achievement to date. Almost clocking in at the six minute mark, the song is basically a mishmash of different electronic tendencies from the past ten years or so – you can hear James Blake and Burial in the ghostly backing vocals that haunt the track’s liquid, uncommitted instrumental, but Mayniel’s voice is pushing toward a completely different direction, almost sounding like the vocal take for a trap tune that somehow took up residence in “Friendless”’ druggy and bass-focused musical backbone. If “Friendless” is a sign of what is to come for Oklou, then “The Rite of May EP” could be the strong and promising opening chapter of an incredibly successful career.