Skott – Stay Off My Mind EP 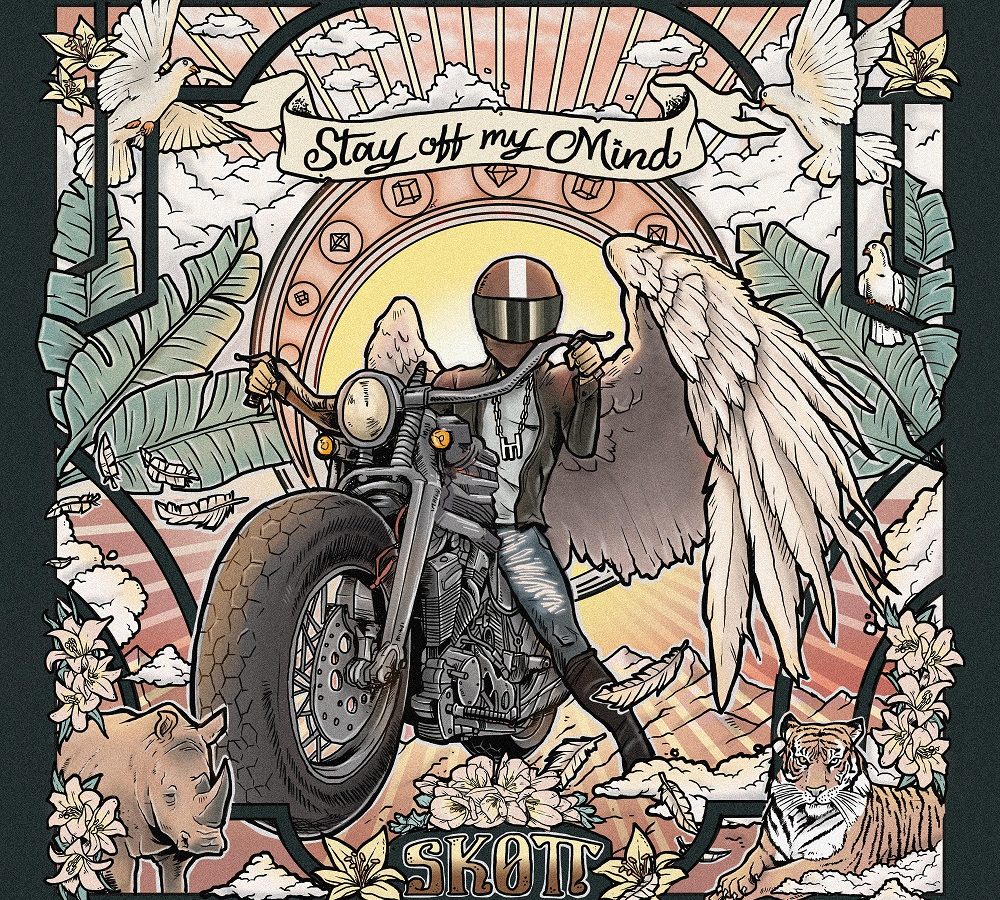 Who is Pauline Skott? Even after listening to her debut EP “Stay off My Mind”, it’s still hard to tell.

We know she’s Scandinavian, and that she used to live in a really small village where she grew up on folk music and Nobuo Uematsu’s videogame scores. We know that she’s spent a good part of the last two years releasing a series of critically acclaimed singles which even got the Katy Perry seal of approval (if only “Witness” was half as good as Skott‘s music). We know that she’s soon embarking in a European tour with her label partner MØ. Thanks to her, we also know that Peter Bjorn and John are still a thing – after collaborating with their lead singer Peter Móren, Skott used a sample from the Swedish band’s 2006 hit “Young Folks” to lay the basis for “Stay Off My Mind”, the self-titled track off her debut EP.

Before you ask – no, she didn’t borrow that cheesy whistle which annoyed the hell out of half the Western world more than ten years ago. “Stay Off My Mind” is a slightly odd song; it’s radio-friendly enough to be a mainstream hit and her vocal delivery is at times reminiscent of Carly Rae Jepsen’s, but it’s also decidedly old school – there’s barely any electronic paraphernalia in it, and its chorus ends with a brief and seamless key change that works as a lovely throwback to 60s pop music. It really sums up what we know about Skott thus far – she’s an outcast who writes hits that your favourite pop star would die to sing.

With her promising debut EP “Stay Off My Mind”, Skott has managed to find her voice in other people’s voices.

“Stay Off My Mind” feels even more like an outlier when placed within the context of the EP, which could’ve easily been called “Assorted Pop Works” by Pauline Skott. The title track is immediately followed by “In The Mood”, a faux-R’n’B song that doesn’t really build momentum and comes across as sorely generic. But then “Russian Soul” just comes out of the blue, Skott singing with a slow drawl about getting high over a minimalistic electronic beat and background vocal samples that would have felt at home in Lana Del Rey’s first album. Even if it’s basically Skott doing Lana Del Rey better than Lana herself, it’s still one hell of a song, and one that speaks volumes about Skott’s identity as an artist as this point of her career. Sure, she can convey the impression that she is just an imitator, but what an imitator she is. Every track has her singing in disguise, embodying someone else to perfection, making us not give a fuck about things like coherence or originality.

“Stay Off My Mind” ends in style with “This Vibe”, a confident four-minute banger evocative of Jack Antonoff’s latest productions whose soaring, catchy chorus undoubtedly marks the EP’s peak. Sure, it’s a wildly different take on pop music that what she’d shown in the previous three tracks, but at this point it doesn’t even come off as something particularly surprising. Skott’s refusal to be pinned down to a single style is ultimately what defines her as an artist. Even if it’s slightly hamstrung by “In The Mood”, “Stay Off My Mind” is as promising of a debut EP as you’re gonna get, an indisputably great record from an artist who has managed to find her voice in other people’s voices.

Tags:Skott, Stay Off My Mind EP