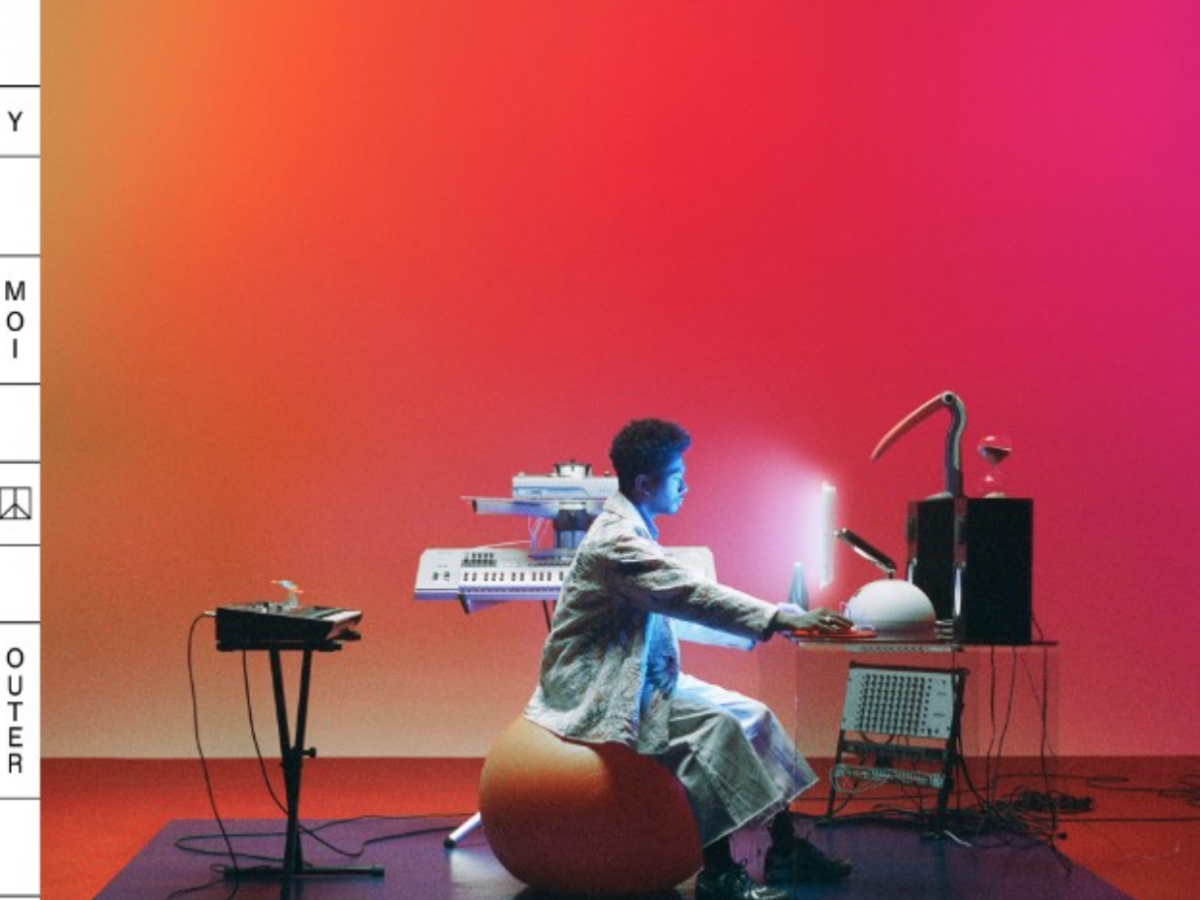 In his sixth album as Toro y Moi, Chaz Bear caters to his funkiest self while refusing to ignore the trends of today. Bear’s full veering into funk can hardly be a surprise for anyone who has followed his career, as even his chillwave phase had noticeable influences from 70s funk. However, he had never been this consistent in his explorations of funk, and arguably never this successful either. Though not lacking in melody, Outer Peace is an album built mostly on rhythm. Almost every song has a dancefloor-ready bassline, from the bouncy disco of “Ordinary Pleasure” to the techno and bubblegum pop-influenced “Who Am I”.

Ironically enough for an artist whose music played an enormous influence on the pop scene not so long ago, what ultimately lets Outer Peace down is Bear’s attempt to follow contemporary trends. “Miss Me”, his collaboration with Abra, is a derivative neo-R&B song that goes on for three minutes without anything remotely interesting or appealing happening. The same thing can be said about “Monte Carlo”, where, as if trying to prove me right, he brought in the remarkably asinine Brooklyn duo Wet. It’s not like Bear is completely out of his territory, as “Miss Me” is immediately followed by a much more exciting attempt at making a similar style of music in “New House”, where his autotuned voice sits atop a trap beat and a background vocal line painfully relatable for pretty much every human being aged 20-40: “I want a brand new house / Something I cannot buy, something I can’t afford.”

If it’s something that hasn’t changed here it’s Bear’s lyrical prowess. The example above is only one of the few pieces of evidence of him remaining as one of the wittiest pop lyricists of his generation. Bear has grown into the kind of songwriter that can make an entire hook out of a single line that has been written beforehand. In “Who Am I”, arguably the danciest track in his danciest album, he puts on his purist mask and wonders: “Who cares about the party? / I came to see the band play.” In “Laws of the Universe”, he references LCD Soundystem’s “Daft Punk Is Playing At My House” and changes the lyric to “James Murphy is spinning at my house (I met him at Coachella)” without sounding gimmicky or try-hard, an impressive feat given how dumb the lyric looks on paper.

At the core of the album sits “Freelance”, which is quite possibly among Bear’s best work ever. Basically a funk re-imagining of Animal Collective’s “Leaf House”, the song is a bass-laden beast where absolutely everything – everything – is catchy, from the initial kick drum to Bear’s peculiar use of autotune in the chorus. In a song that would already be killer as an instrumental, Bear’s vocals soon grow from unnecessary to indispensable. If Bear’s plan with this album was to give a funky touch to his sound while maintaining his trademark quirks, he hit jackpot with “Freelance”.

At its best, Outer Peace is a late-2010s version of a 70s funk album. Like the best Toro y Moi material, it sounds like the brainchild of a visionary alone in his room recording himself with a laptop – an image with which Bear is reluctant to part, as can be seen in the video for “Freelance”. Not that Outer Peace is the work of an amateur, though. The jaw-dropping quality of the production is one of the album’s biggest assets – like most Toro y Moi albums, it sounds like someone is massaging your ears. It’s very clearly the sound of someone knowing what he’s doing, even if he’s getting mixed results. Outer Peace shows two hypothetical directions that Toro y Moi might be taking in the future – one exciting and not alien to his fans, the other a lesser version of a contemporary trend that has already started feeling old. Hopefully the next time he’ll stick to what works.