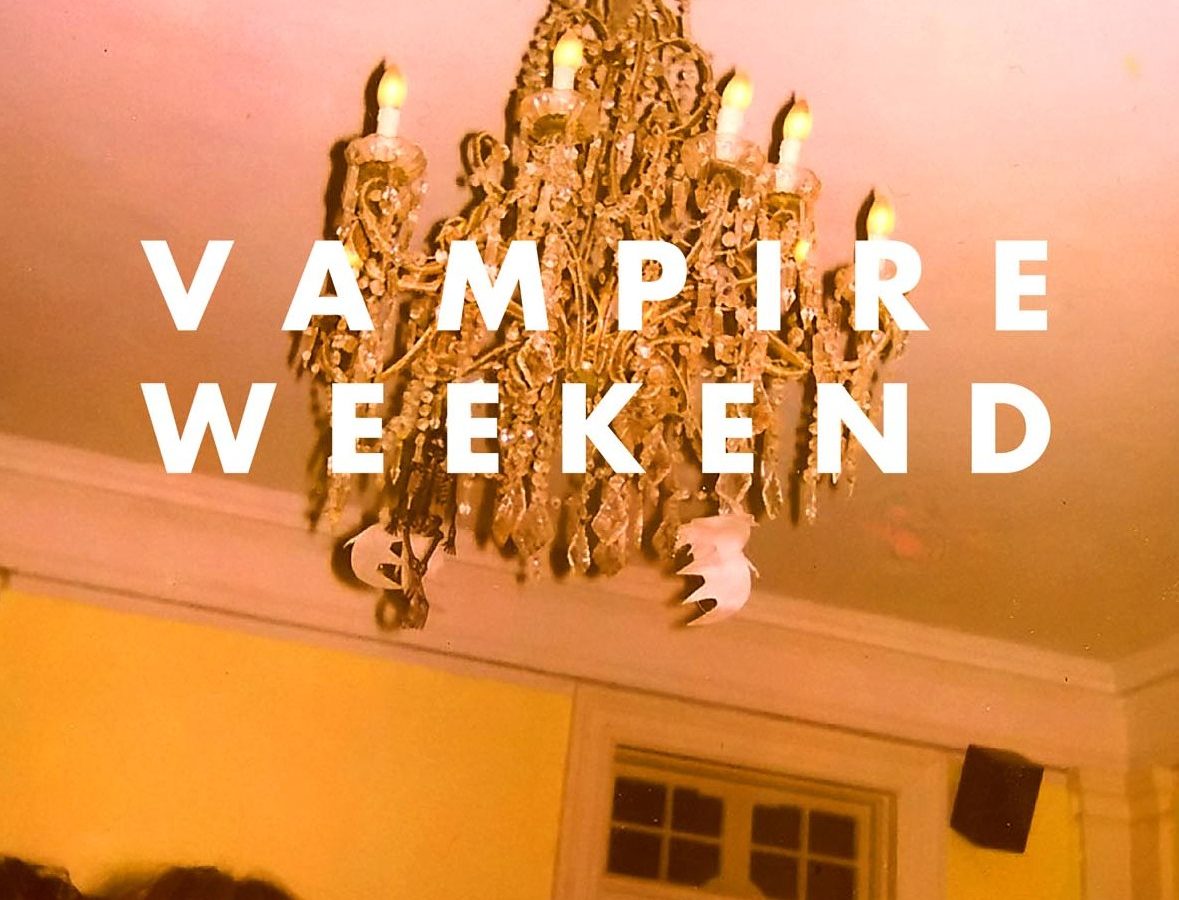 Polaroids, polo shirts and guitar riffs. It wouldn’t surprise anyone if that had been one of the working titles for Vampire Weekend’s debut album, which is turning 10 this week (yes, it’s been that long and yes, we’re all getting desperately old). Ten years after the release of their first studio LP, it’s fair to say that Vampire Weekend have been granted a weird place in the recent history of American indie rock. They’ve released three very good albums, but none of them are what could be considered essential in their own terms – all three have their share of filler, and they were all quite critically divisive upon their release. Yet nobody does what they do, and their shtick has aged surprisingly well, gracefully even for a band of their characteristics.

If we were to construct a chronology of indie rock since the 2000s, Vampire Weekend would occupy a transitional period, embedded between the gritty New York rock and roll cool of the early 00s and the feet-stomping, ukulele-strumming, yeah-I-slept-with-my-cousin blandness that would emerge in the following decade. Back in 2008, the New York-based indie rock revival that reached the mainstream during the first years of the millennium was in its last legs. Two years after releasing their underwhelming third album “First Impressions of Earth”, The Strokes were on the brink of breaking into pieces. Yeah Yeah Yeahs were just one year away from going full dance with “It’s Blitz!”, while Interpol’s Paul Banks and The Shins’ James Mercer were beginning to suffer from a songwriting meltdown from which they still haven’t recovered. In England, the NME-manufactured new age bubble was beginning to burst – kudos to them for making people genuinely believe that The Wombats or Hard-Fi were ever any good, though. Towards the end of the 2000s, Anglo-Saxon indie rock seemed to be veering towards a slicker, more refined approach. Ironically enough, it took a French band to perfect this new direction, but that’s a completely different story.

Everything fell into place so Vampire Weekend, the polar opposite to the muddy New York Scene that dominated the early 200s, could blow up. Whereas The Strokes and their British counterparts were channelling The Velvet Underground and ripping off Beat Happening and Comet Gain, Vampire Weekend took on a wildly different route – who wants to be cool when you can smart instead? This was a band comprised by Ivy League guys who referenced Peter Gabriel with the same confidence than others did when talking about Lou Reed; who pretty much built their entire sound on a divisive Paul Simon solo album and who sang with heartfelt affection about “Oxford commas”, being around campus and flirting with Cambridge girls; the kind of band that would name their fourth album “Mitsubishi Macchiato” without the slightest hint of embarrassment.

Vampire Weekend were in the right place at the right time. There’s a reason why their music is still being reclaimed and celebrated, and nostalgia has nothing to do with it.

Ten years after its release, it’s not hard to see why Vampire Weekend became a household name with a debut album which, even if great, is far from being the stuff of legend. It just ticked all the boxes – it had enough hits to warrant a certain amount of crossover potential (“A-Punk” has that sort of classic rock “can be played in every context” feel to it that is so hard to pull off right), it championed a charming and direct brand of indie pop that nonetheless included a baroque finesse that critics just loved and it emanated somewhat nostalgic airs that made them more palatable for older generations.

Vampire Weekend’s self-titled debut is the kind of record that the most utterly useless of critics would give that cringeworthy “world music” tag just because there are a few bongos and congas here and there, but let’s not fool ourselves here – at its core, this is a power pop album, even if it openly borrows from Paul Simon’s “Graceland”, arguably popular music’s most famous white-guy-discovers-that-people-in-Africa-make-music-too LP. It doesn’t take a lot of imagination to picture these songs being backed up by chugging power chords and distortion pedals, but Vampire Weekend never showed any intention to get stuck in the mud – “Boston (Ladies of Cambridge)”, arguably their punkiest, roughest (in a good way!) song ever, got left out of the final tracklist in favour of “M79”, which is almost entirely driven by a string quartet and a harpsichord.

And let’s be honest here, the music is just great. In Ezra Koenig and Rostam Batmanglij, Vampire Weekend have (had?) one of the most instantly recognizable song-writing duos in the world, a partnership that would build entire pop epics from simple, bouncy guitar and piano riffs that are even more memorable than their choruses. Think of “A-Punk”, or “Walcott”, or “Cape Cod Kwassa Kwassa”, all of them great pop songs whose biggest assets are their instrumental intros. And few albums boast a strongest opening than “Mansard Roof” into “Oxford Comma” into “A-Punk” INTO “Cape Cod Kwassa Kwassa”. If the second half of the album feels limp, it’s only because its opening is unusually strong.

It’s highly likely that this album would be severely panned were it to be released nowadays, and it would most definitely inspire American music critics to write sharp, well-thought thinkpieces wondering why a band would decide to sing about “Oxford commas” and not about Donald Trump. Vampire Weekend were in the right place at the right time to become a worldwide sensation, but there’s a reason why their music is still being reclaimed and celebrated, and nostalgia has nothing to do with it. “Vampire Weekend” might not be a perfect album, but it surely is a timeless one.