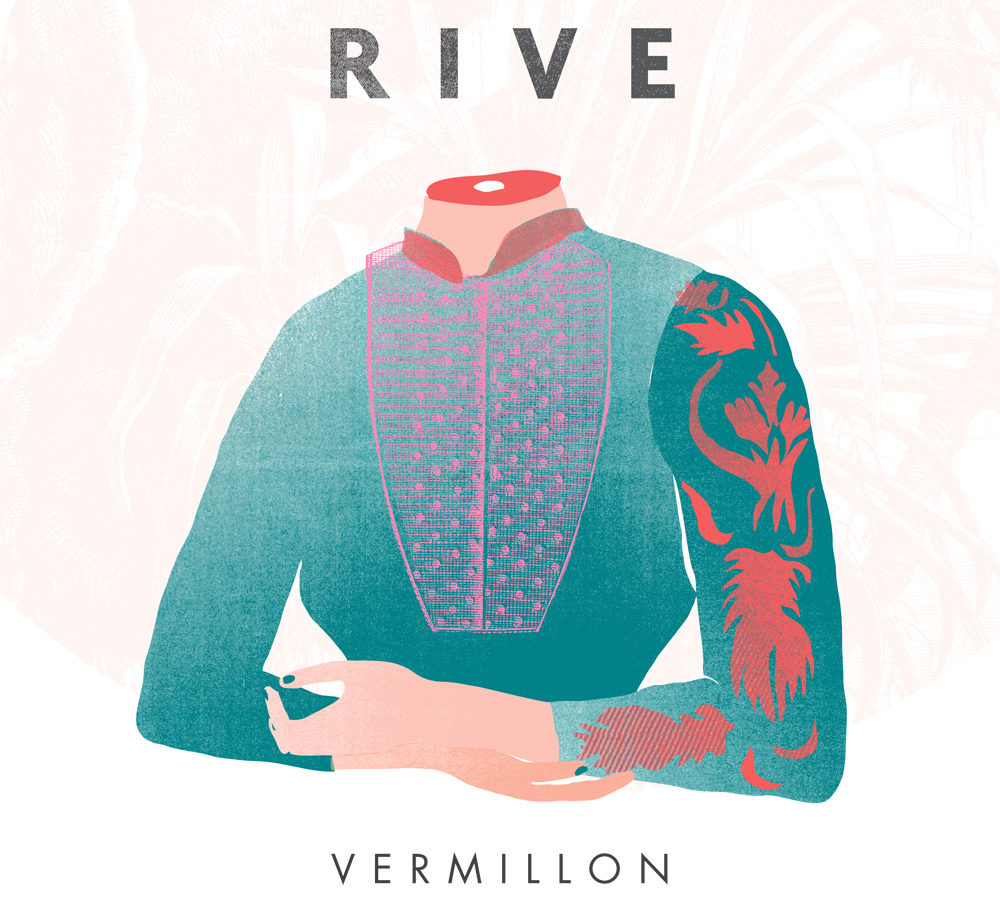 Vermillion is a brilliant shade of red. It is the color of heart, flesh and passionate love. This is the promise that Kevin Boxes and Juliette Bossé are offering with their indie pop duo RIVE. The music project unveils today their debut EP “Vermillon” after having received a series of awards from Belgian professionals throughout 2016. Just like this red pigment, that is particularly toxic, the EP deals with love and its most painful struggles.

The 4 tracks center around the word ‘temps’, which means both “time” and “weather” in French. The short but perfectly articulated EP enables RIVE to raise questions about relationships on a coastal background scene [‘RIVE’ means ‘coast’ in French]. Can love stand the test of time and sea storms? There’s no proper answer to this almost metaphysical question but at least, RIVE’s music and lyrics are consistent enough to make us think about it. They notably invite us in their cruise into the uncertain waves of Love as soon as the opening track “Rouge” begins. If you are sensitive to seasickness, the synth-storm of “Justice” won’t bring you peace and serenity.

Red for the passion, blue for the atmosphere. RIVE smartly develop a refreshing concept that is much needed in current French Pop music.

The perceptive and studied writing and Juliette Bossé’s singing quickly link to Homer’s “Odyssey” character: Penelope. Like her, the singer is on the seaside and cries the absence of her lover while being overwhelmed by doubts. If most of the traditions describe Penelope as an allegory of faithfulness, some of them grant that she finally succumbed to some of the many contenders that tried to seduce her. Is it why the EP’s closing track “Nuit” features added vocals about feminine pleasure and slut shaming? We don’t have the answer to this question but one thing is sure though, Love always triumphs. Indeed, the duo closes the project with a four-handed piano part, as if the ghost of her lover was finally joining and comforting her, whatever happened.

The effects (reverb, reversed sounds) are aptly chosen and capture the sound of the waves, like in the lead single “Vogue”, or emphasize the complex emotions conveyed by the lyrics. The production, which is signed by Rémy Lebbos, is solid but the studio versions of the EP can’t compete with the climax that is reached when they are performed live. Indeed, the magic symbiosis of Boxes and Bossé is particularly strong on stage; making us forget that they are only two behind the achieved arrangements. As a debut EP, the project appears more than convincing as it reminds us of the dream pop of Melody’s Echo Chamber or Beach House that would have met the class of French songstresses such as Françoise Hardy.