With “Signals”, Sandy depict a noisy, transcendental journey into nowhere 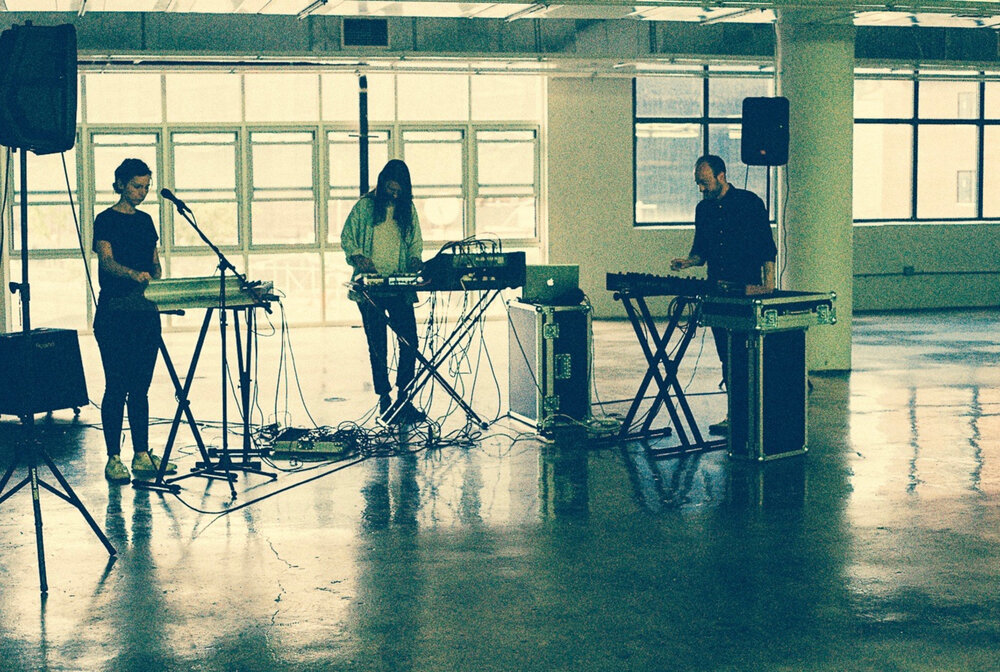 “Signals” is taken from Sandy‘s sophomore EP, Traces, out on Geographic North.

Unlike most bands, the Brooklyn trio Sandy was born out of catastrophe. In 2012, Hurricane Sandy destroyed the house where Jeff Carter (synths) was living at the moment. Carter had to move in with Stephen Pathe (drum programming and more synths), and the pair soon started making music together. The puzzle was completed by Stephen’s sister Samantha Pathe, the lead vocalist in the band. The band have been around for a while, having released their self-titled debut EP back in 2014. However, they’ve kept a low profile. Their new EP Traces is only their second ever release, and the first in five years. It comes after recently signing to the indie label Geographic North, famous for having some of the most aesthetically pleasing album artwork in the music business.

Throughout its four tracks and 25-minute length, Traces is mostly dominated by hushed vocals and misty synths, more reliant on mood than on structure. But whereas most music of this kind sticks faithfully to gloomier tones, they are at their best when embracing the contradictory nature of some of their songs, much in the spirit of neo-psychedelic acts like Fuck Buttons. Not that they are strangers to a little bit of gloom: album opener “Holy One” channels The Cure’s darkest eras in its drone-y solemnity, and you can find similar examples in their brief discography.

Every track here deserves praise, but it is the 7-minute “Signals” that stands out. It’s what you would imagine a Chromatics jam session to sound like, with an army of synthesizers fighting against the busy electronic beats that come in after the first 2 minutes. There are a few vocals here and there, but they’re more interested in adding weight to the song’s captivating, almost post-rock atmosphere than in bringing in an actual sense of melody. There’s no space for that here, nor is there any sort of direction behind that wall of synthesizers. The best song on an excellent EP, “Signals” is a noisy, transcendental journey into nowhere. Listen below or in our playlist Best Tracks of 2019.