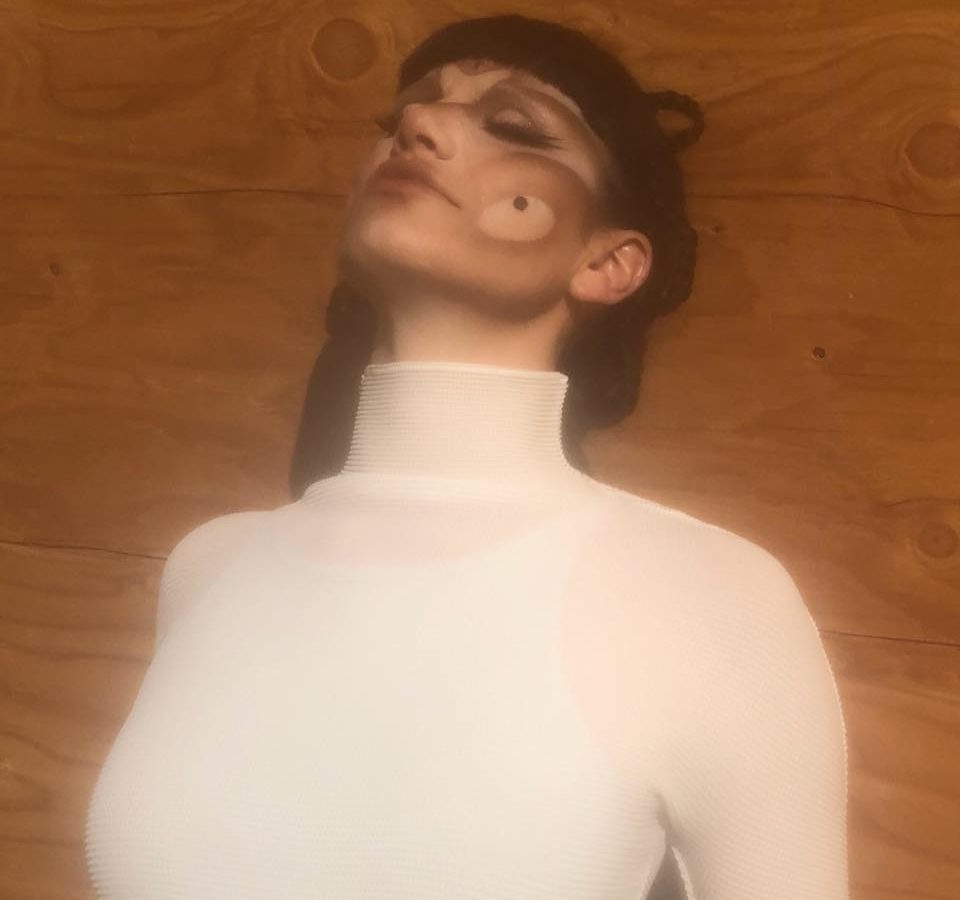 SILENTSHOUT‘s “King of Nothing” is out now on Hotel Earth.

SILENTSHOUT is an LA-based duo whose frantic brand of electronic pop is as exhilarating as it can humanly get. Their new song “King of Nothing” is arguably their biggest achievement to date, an equally thrilling and moving high-tempo banger about feeling powerless and exhausted in the modern world: “I surrender, turn my lights off / I’m already far from here / Was it worth it? You deserve this / King of nothing, nothing left.” “King of Nothing” is an anthem for the end of the world, a deafening lamentation whose strength resides not in its combatting power but in its acknowledgment that everything is lost no matter what we do.

Musically speaking, “King of Nothing” is more on the rhymical side of electronic pop, which hardly comes as a surprise given that SILENTSHOUT might be a reference to the third album by Swedish electronic pioneers The Knife. There is even some sense of minimalism about the song, though it’s hard to tell from the avalanche of electronic-programmed beats hitting you in the face for almost four minutes. It is the song’s reliance on a simple vocal melody and repetitive synth lines that grants it its almost oppressive vibes, while the rhythm section entices the listener to cut loose and give up to rhythm. SILENTSHOUT‘s “King of Nothing” is the musical equivalent of anxiety being repressed and then liberated, its incredibly catchy bridge functioning as a rare moment of lucidity in what is otherwise a brilliantly manic electropop outburst. Formed by Alina Cutrono and Theo Karon, SILENTSHOUT are set to release their debut album sometime this year. Meanwhile, contemplate the apocalypse below.