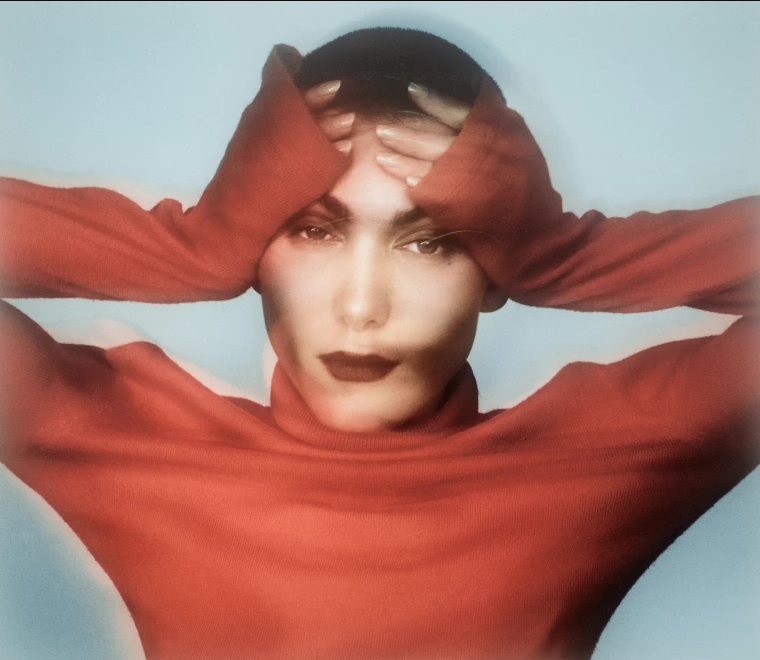 The year of 2018 seems to be the year of the great return, as Soho Rezanejad announced “Six Archetypes” set to be released on January 19 via Silicone Records and shared mysterious first single “Greed Wears a Disarming Face”.

Since the release of her amazing debut EP “Idolatry”, we haven’t heard much from Danish cold-wave artist, besides her works in Lust For Youth and some of her “impulsive records“. The artist is going from a relative dark synth pop 80s-inspired first EP to a cold wave sound, reminding the likes of Siouxie And The Banshees. Focusing only on the drama of the track, there is no much space for the rest, as everything remains rather minimalistic: you can follow her walking a concrete architecture, singing along her song. As the entire imagery will described the “Six Archetypes” she sets for her album, we are expecting 5 more videos to come in the next weeks. About the first video, Soho Rezanejad stated:

The first passage in the video relates to the record’s overarching narrative and title, Six Archetypes. Apple seeds rest in my hand while I sleep, searching for my mother in a dream — a reference to the orphan complex that Carl Jung writes about. He thought that children orphan themselves by abandoning their heritage for the pursuit of a particular quest, one which in no way fits their parents’ or caretakers’ expectations. In a different sense, one can become orphaned from society. An idea or ideology can become so common that the mass establishes a system of expectations: one person’s idea becomes the people’s image. So what choice do we have other than to be orphans? I am drawn to this archetype because it possesses qualities shared by all visionaries of the world. Inasmuch as the orphan relates to being alone, it’s also about the obsession for breaking and challenging systems.