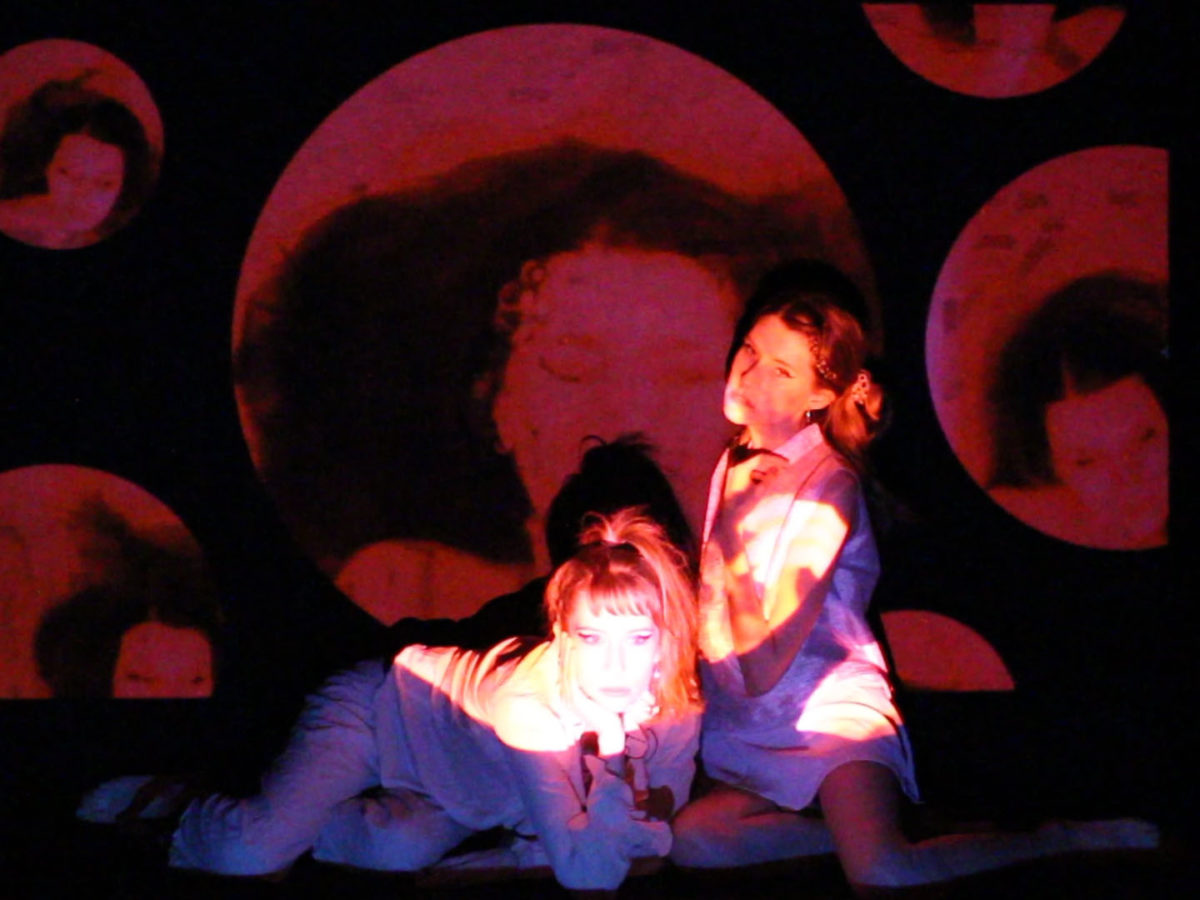 South London-based sisters Martha and Jessica Kilpatrick debuted as the audiovisual project Waterbaby back in 2016, with their self-released album Pink Noise. Since then, they have played local music festivals, launched their own audio-visual night in London (called Leopard), and started recording their second album.

Their new offering, “I don’t want to sing, I don’t want to look”, was influenced by a range of sounds: the music of Japanese composer Ryuichi Sakamoto, the electronic loops of Aphex Twin and Laurie Spiegel, as well as the vocal experiments of Laurie Anderson.

The range of inspirations results in an eclectic sound, combining Waterbaby’s signature siren-esque vocals and ethereal choral music. The track, at times calming and comforting, unexpectedly changes to concerning and anxiety-inducing – and back. Not many contemporary songs have that ability to shift the mood so subtly and subconsciously.

Because the Kilpatrick sisters are filmmakers as much as they are music producers, their inspiration also stemmed from movie soundtracks, such as the tracks recorded by Italian band Goblin for the 1977 film Suspiria and the “twisted folk” of the soundtracks of movies by the late French filmmaker Jean Rollin.

The music video was directed by the sisters and filmed in a make-shift film studio in their Peckham flat. Like the soundtracks to their favourite movies, it plays over the video without the standard element lipsyncing. Nonetheless, both sound and visuals remain very much intertwined in their portrayal of the frustration stemming from not being able to properly express oneself as an artist. Or, as Waterbaby sing: “see the light”.

Waterbaby’s second album is due to be released this year. Meanwhile, catch them performing live in London at the Laylow this Friday, January 31.