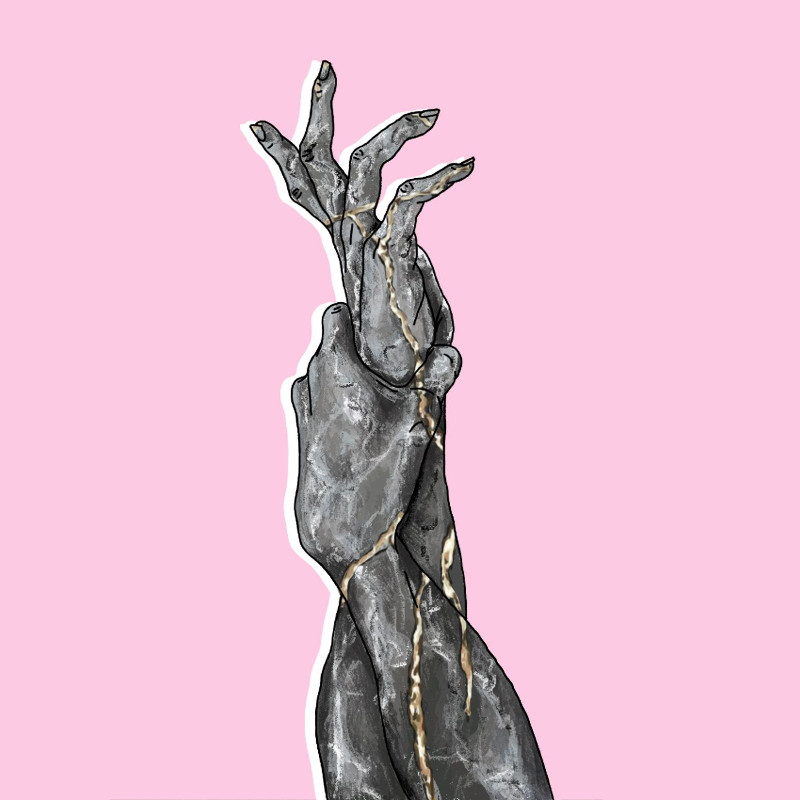 “Break” core is alloyed on the trifecta of styles of the three artists who all have varying musical backgrounds and creativity, presenting their sum of parts into a dynamic, dreamlike offering. The song was mastered by popular Australian engineer Andre Eremin (Chet Faker, Lanks, Kllo, Grammy-nominated Hiatus Kaiyote).

I’ve always been fascinated by the Japanese art form, Kintsugi, the art of embracing damage. This song is a romanticism of this same concept.

Denitia added on her side:

The pressure and the need to live truly in the moment when nothing else is ever promised. it’s beautiful and scary all at once.. To find someone to fall apart with, it’s good company.