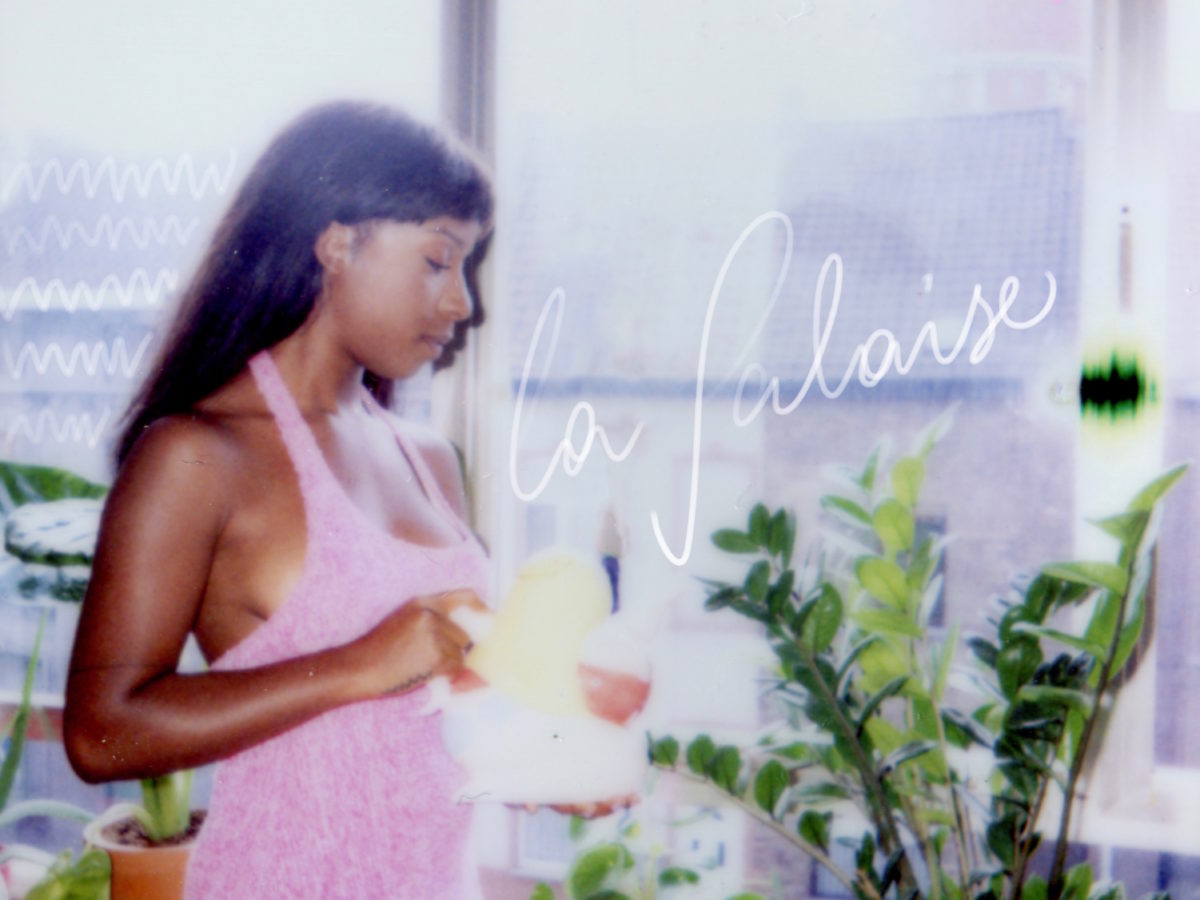 Belgian artist Charlotte Adigéry, aka WWWater, has shared her La Falaise EP: a promising, consistent debut that hints at a potential for greatness.

A relatively new face on the European electronic scene, Charlotte Adigéry first rose to fame a year ago after being featured in a track from Belgian giants Soulwax, who also produced her recently released debut EP 1,681 / Senegal Seduction. Only a few months out from that project, Adigéry already seems willing to take an entirely new approach. Unlike 1,681 / Senegal Seduction, Adigéry‘s first release as WWWater is strictly a solo affair, as well as a decidedly adventurous one. Through these five tracks, she explores the boundaries of contemporary R&B, while also giving us a taste of her wide musical palette. La Falaise EP is reverential rather than referential – paying equal tribute to the likes of FKA twigs, SZA, and Kelela, while still maintaining a strong identity and avoiding pastiche or straight-up mimicry.

The songs in this EP range from experimental ambient music (“Presence”) to a more standard R&B sound. While something like the groovy “Pink Letters” sees Adigéry venturing into chart pop territory, it’s when she’s at her most experimental and trippy that WWWater is at its best. The connection with Soulwax comes clearly into focus after hearing songs like “My Hands” or “WWWater” in which she employs relatively austere instrumentation and uses repetition and loops of her own voice as vehicles for letting her melodies flourish. These two songs would definitely feel at home on some sort of As Heard on Radio Soulwax Pt. 2-like mix, but they also stand on their own as modern electronic songs that gracefully fluctuate without being confined to a stiff structure. They’re absolute highlights in La Falaise, and one can only wonder what may have happened had she stayed in that lane for the whole record.

Even though La Falaise EP is comprised of only five tracks, it’s firm evidence that WWWater‘s music can’t confined to a single genre or mood. It’s far from being a disjointed mess, but it definitely feels more like five different testimonies of who WWWater is as a musician than a fully articulate artistic statement. Take “Presence”, the spoken-word prelude that starts off the project. While it could have served as a perfect introduction to a longer, more unified word – similar to how the spoken-word bits on Blonde help flesh out the album’s narrative arc – on “La Falaise”, it just feels overindulgent and slightly out of place as an introduction to themes that never get fully explored.

All in all, La Falaise EP is more promising than it is essential. A perfectly fine summary for a debut release – but it can feel like a wasted opportunity at times. At her best, WWWater is really, really good. There are sparks of greatness in this project, but one can’t help but feel that her songs would work better in a full-length album than in a short EP. That being said, “WWWater” and “My Hands” are two of the most impressive songs released this year, and the whole project remains a captivating listen. Hopefully, it will prove to be the prelude to a remarkable and intriguing career.