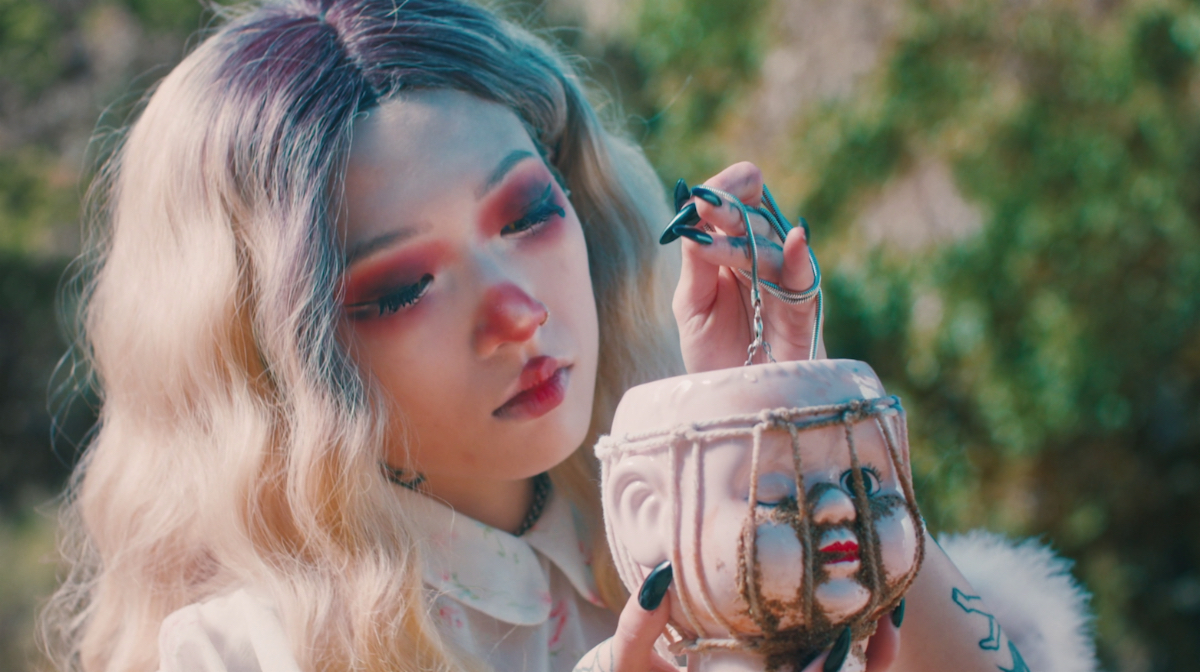 “Poison Arrow” is taken from yeule‘s debut album, Serotonin II, due out October 25 on Bayonet Records.

London-via-Singapore experimental artist Nat Ćmiel, aka yeule, will release her debut album at the end of the month. About the inspiration for this new project, she explained: “It’s difficult for my mind to stay in one place. I can go back to revisit the person I was in my dreams. I see them as multiple people. Sometimes they talk to me, but I’ve cut most of them off because they start screaming in my ear.”

After the singles “Pixel Affection“, “Pocky Boy” and “Pretty Bones“, she has now unveiled a dreamy new single which is set to encapsulate the ambiguous meaning of love, with all its beauty and suffocation. As usual, the track comes with a beautiful video, which was directed by Toby Buchan. Watch and pre-order the album via Bandcamp below.