Yo! Sissy Goes Down Under Melbourne: Finding Freedom In Fairy Bread 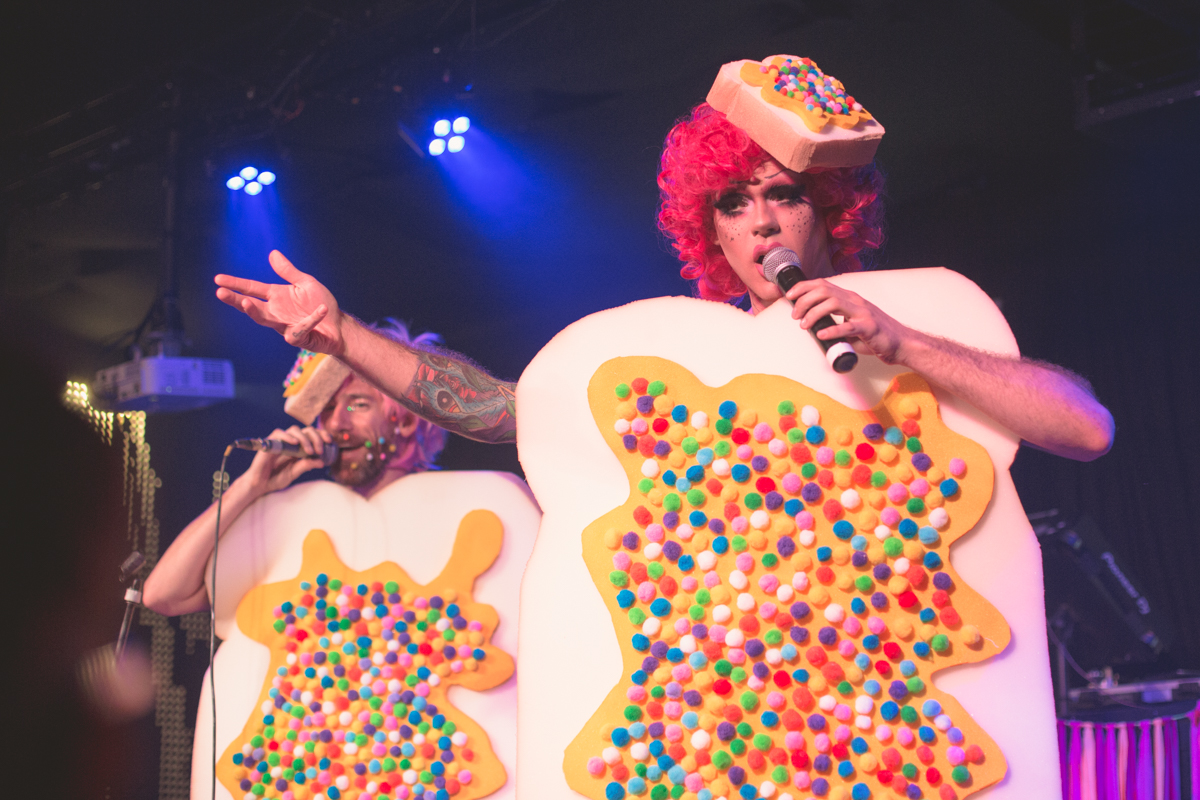 We attended Yo! Sissy Goes Down Under Melbourne some days ago. Here are some thoughts by our special envoy Ed Ledsham.

I think I’m too bourgeois for performance art. When I arrive at Yo! Sissy festival’s Australian tour, it is to the sound of blood-curdling screaming. Before entering the main room of the event, I jokingly compare it to the howls of black metal. The actual source of the sound makes black metal seem rather tame; upon entering, I see two persons both with shaved heads, painted head-to-toe in blue and each wearing nothing more than a G-string. I am, for the sake of journalistic professionalism, essentially sober, so at the very best this is a surreal experience. This group is Hyenaz. Their extreme stage-show is a blend of noise music and performance art and is basically what I imagine Throbbing Gristle shows to have been like in the ’70s. It is, in a word, confrontational. Personally, I’ve rarely been into anything that goes too far into abstract noise territory (or crowd participation) so the performance does little for me. After the end of Hyenaz incredibly antagonistic performance, it is disarming to hear one of them break character and sincerely thank the audience for being in attendance. 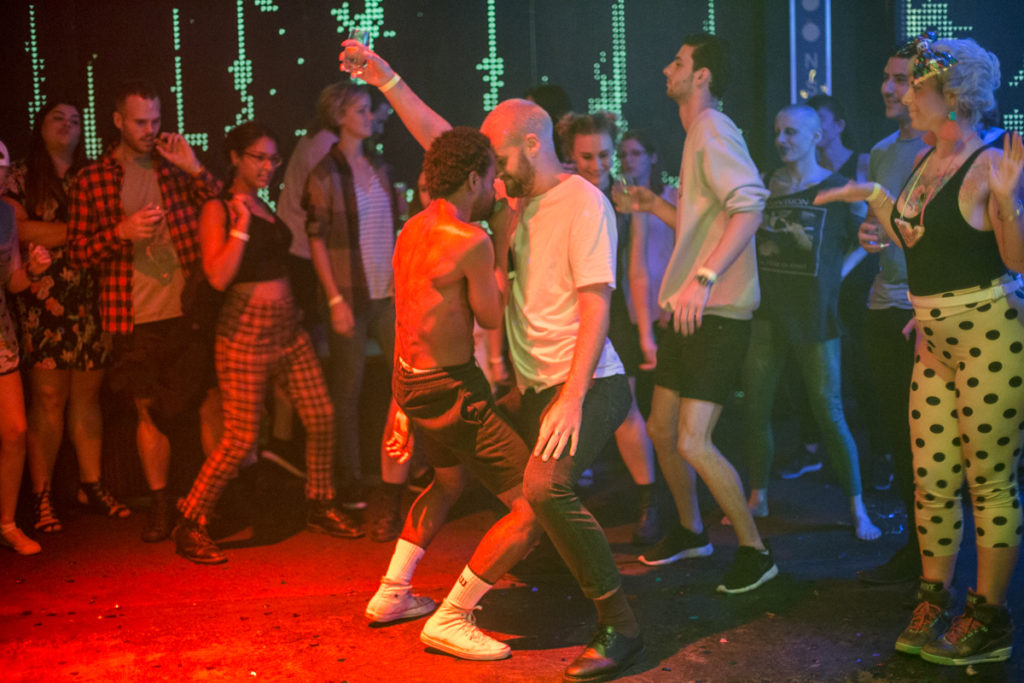 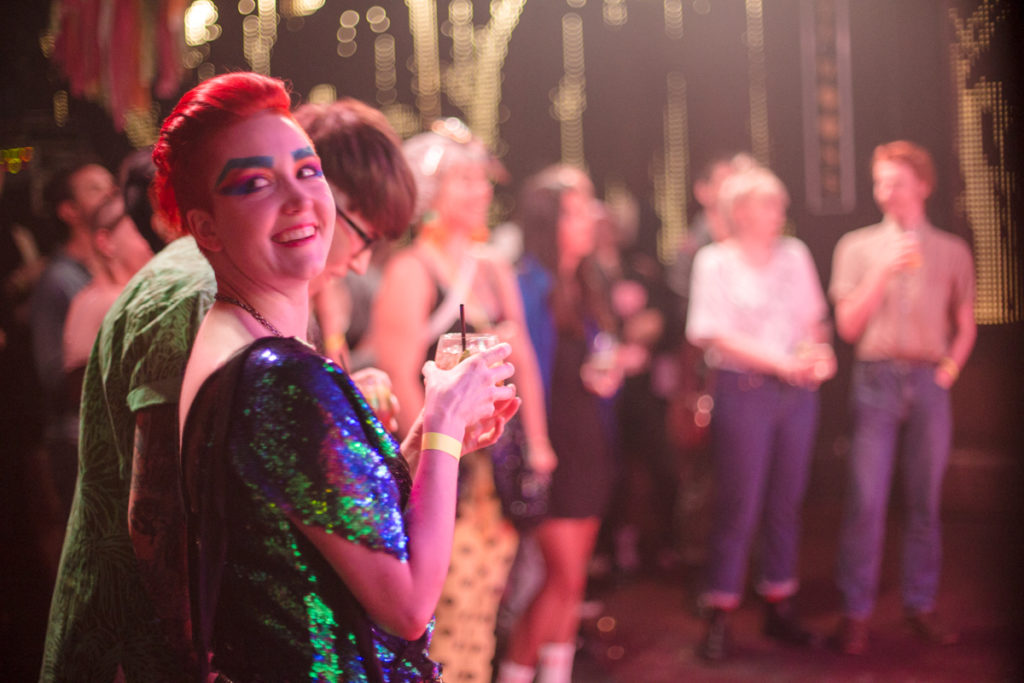 “the audience is just as important as the performers”

The audience here is key. During Hyenaz performance people seem to be inspired by their radical identity play. Hyenaz push the idea of identity so far out of its comfort zone to challenge everything people might want to press on you as ‘normal’. At an LGBTQI music festival, this is obviously of crucial importance. At one point my friend observes that “the audience is just as important as the performers”, a line which I promptly tell her I’m stealing, but a crucial point. I’m used to going to techno nights where you’ll frequently spot trendy hipsters refusing to move a single muscle to the beat. The lack of self-consciousness and the enthusiasm showed by everyone in the room is really rather inspiring. In many cases, the crowd is dressed just as dressed up as the performers. The line that PR people might spin at conventional club nights that “the crowd is part of the show” actually doesn’t feel like bullshit here. 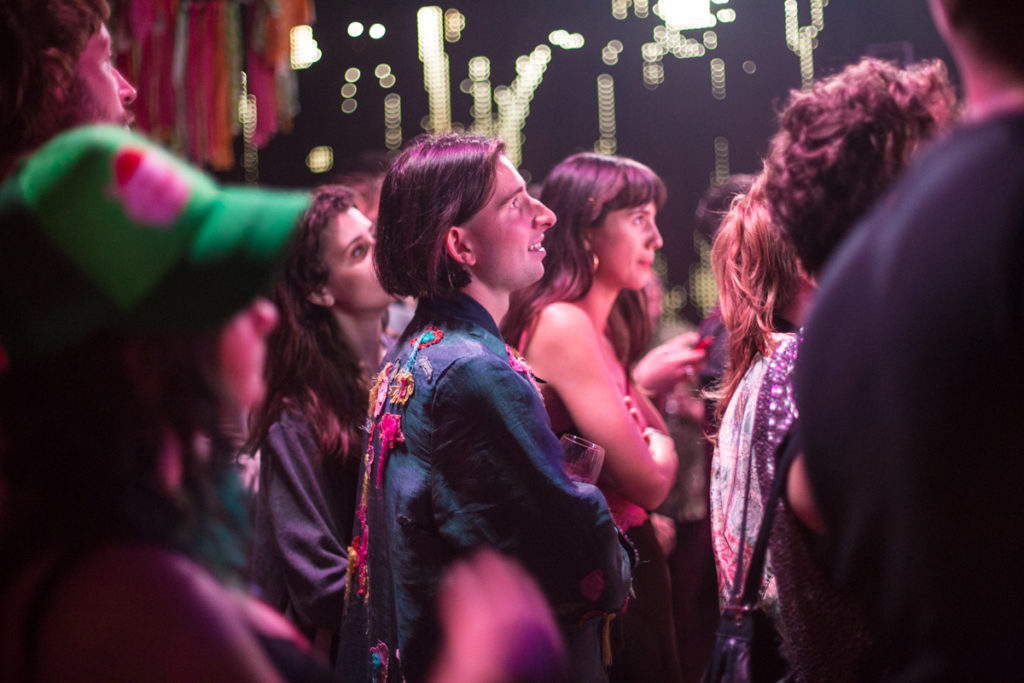 Next up is the drag portion of the show. Pansy and Scout, the hosts of the drag show, are funny and political in equal measure (and often at the same time). The two are dressed as fairy bread, an Aussie children’s treat made of bread, butter and sprinkles – in its rainbow-coloured innocence it also makes perfect sense as an Australian gay icon. At one point, fairy bread is actually given out to the crowd. I actually haven’t had it since my Australian mother confused parents in the UK (where I grew up) by making it at my birthday party as a child. Much talk is made of the importance of safe spaces like this is in a world that is becoming worryingly hostile to difference by the day. There are also, rightly, numerous references to Australia as a land stolen from its native people. The drag performers include the fantastically named Dandrogyny and Karen From Finance. I guess it’s hard for me to say anything about drag performers as someone who has basically no experience with the art form, and is clearly not the intended audience anyway. I do enjoy, though, that humour, drag itself and more standard political speech are fused into one form where each seem equally important and subversive. 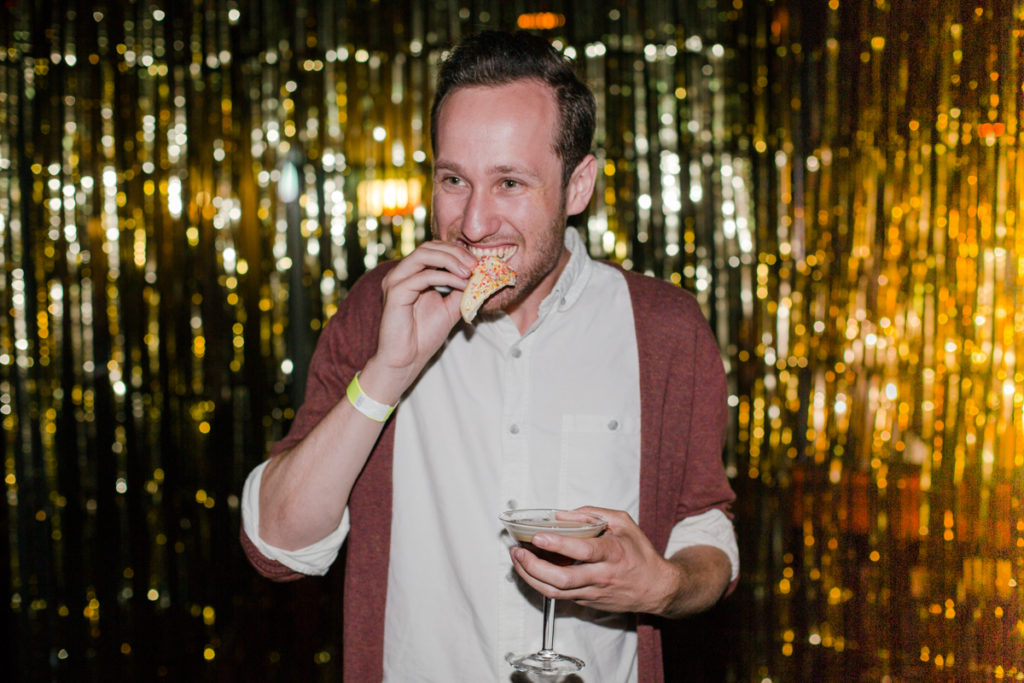 The following performer is Fritz Helder. For the first ten minutes of the set, the artist seems to be acting as a physical interpreter for the DJ, rarely singing anything while making effortlessly technical dance moves. At one point, Helder tells the crowd to separate so he can walk through it. After a while, he’s just part of the crowd, merely the person who is in focus at this moment. At any other point, he might choose someone to dance with who inevitably rises to the challenge and ably joins in his performance. Musically, the performer manages to nimbly rap and sing over house, dark techno and full-on trap.

As someone who’s always loved dance music, I’ve been completely uninvolved in its gay origins. I’m sure this is fairly typical for those that grew up hearing Daft Punk and Basement Jaxx on the radio as a child rather than encountering radical club nights in the city. There’s no need to straightsplain house music’s gay origins here, but it feels like they are being fully celebrated when Helder riffs on Frankie Knuckles‘ ‘My Baby Wants To Ride’. In a world where dance music can so easily be separated from DJs like Knuckles learning their trade DJing in gay bathhouses, this feels important. Although when the some of the biggest producers/DJs in the world are gay (or queer), like Midland and The Black Madonna, and when the most culturally important club is Berghain, it certainly feels like this is better than it was a few years ago even. 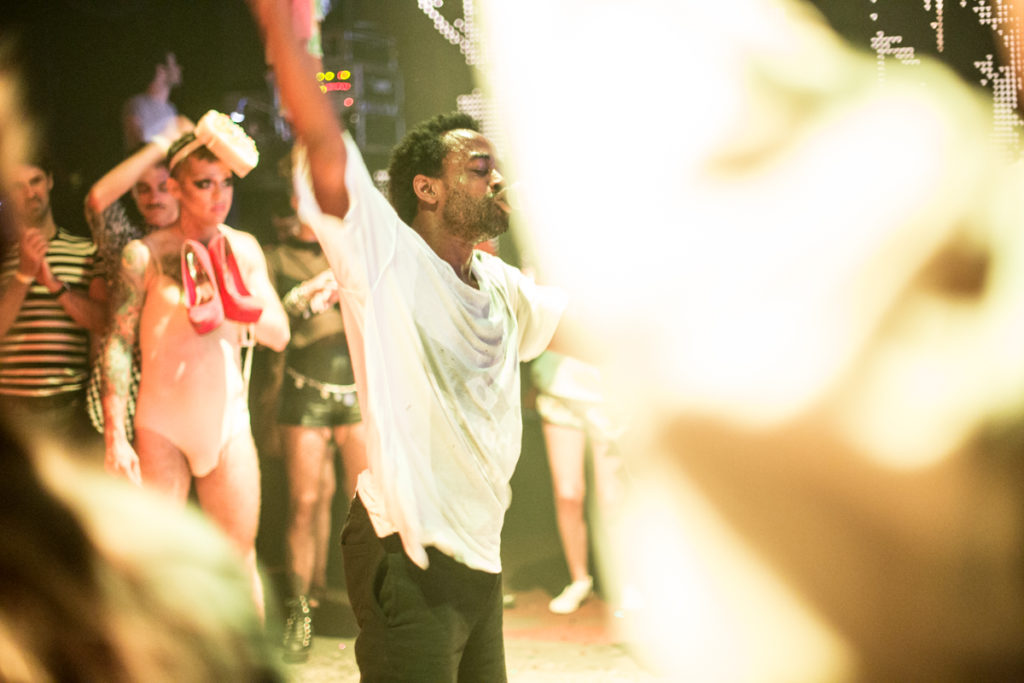 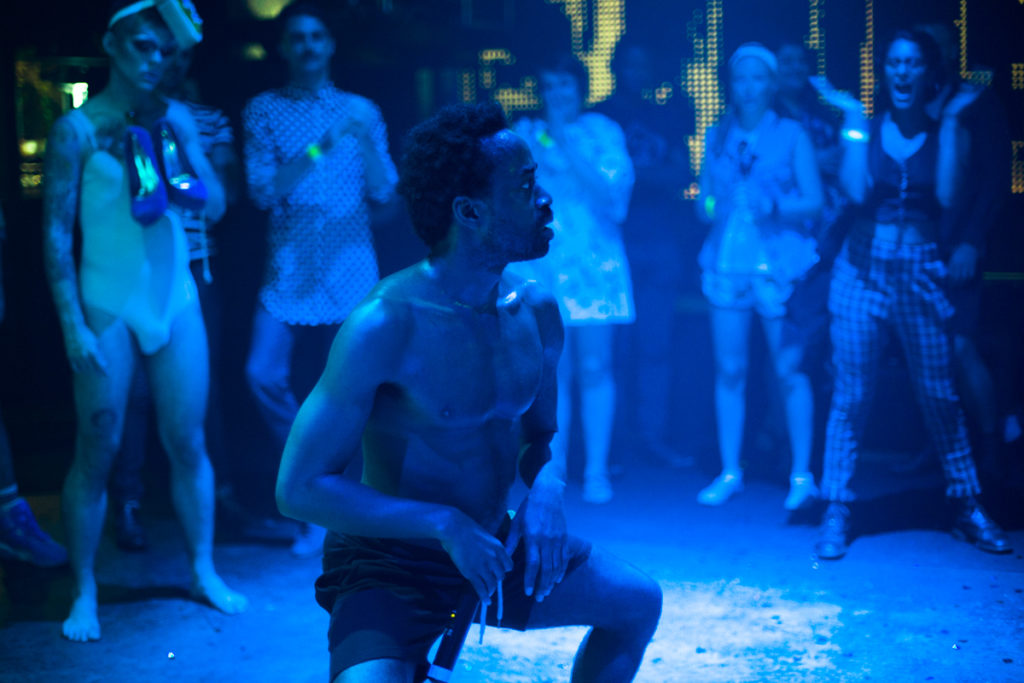 Following this is a DJ set from Melbourne-based performer Tanzer, whose set is mostly made up of the sort of disco that I can rarely summon much enthusiasm for. Although disco is obviously crucial to both LGBT and clubbing history, it is a rare DJ that can truly make me feel enraptured by it. Tanzer does, however play a garage-y remix of Björk‘s ‘Human Behaviour’ which seems like an apt song for a night that questions identity as much as this one. This means I’m pretty relieved when the DJ Brooke Powers takes the stage. As she switches the music up to some darker techno sounds, I’m much happier. Despite being a Melbourne local, Powers‘ set is more reminiscent of the type of music I imagined a festival from Berlin having. This stereotype of Berlin techno as dark and pounding is probably what led Powers to play music like this as well. Generally, Melbourne makes little secret of its Berlin-o-phile tendencies. Some people, slightly optimistically one might say, refer to Melbourne as the ‘Berlin of the Southern Hemisphere’. I mean, to be sure they’re two of the most OTT hipster places I’ve ever been, they’re both covered in graffiti and they’re both pretty into their techno (this is certainly an understatement for Berlin). I’d say after this the comparisons stop. 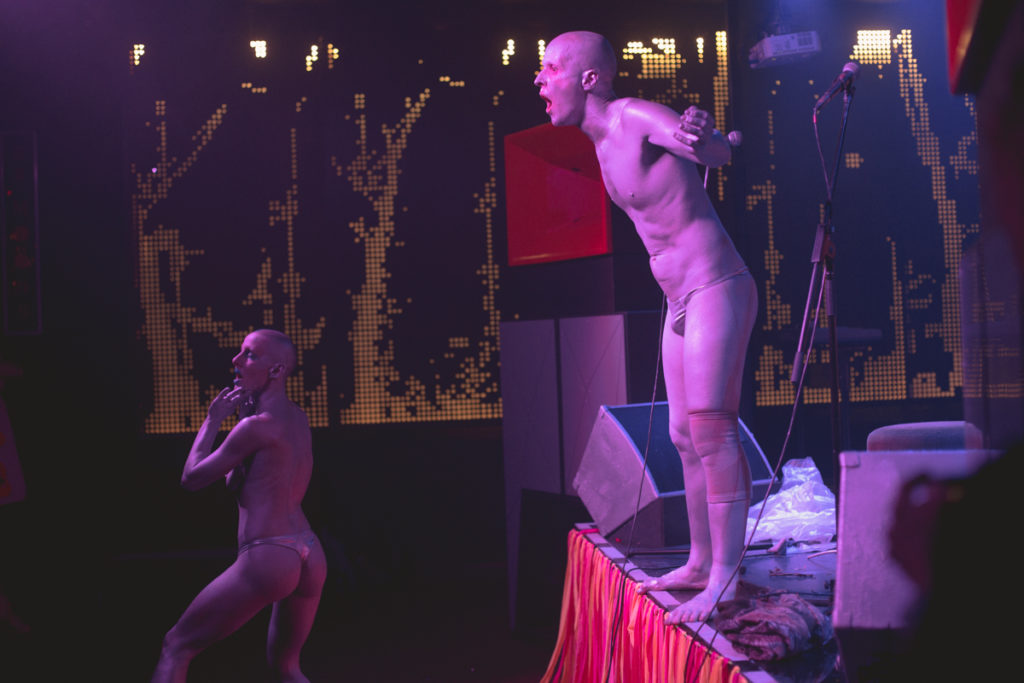 Overall, Yo! Sissy Goes Down Under feels like exactly the sort of thing that could become an annual fixture in Melbourne’s vibrant nightlife scene. Even the music or performers that I enjoy less add up to a greater aesthetic of the malleability of identity and an interesting exploration of that which exists outside what is ‘normal’. It was slightly disappointing to see the room only half-full, but I feel the crowd’s reaction more than made up for this. I’m sure each of those people will be dragging a friend or two along if Yo! Sissy returns Down Under.