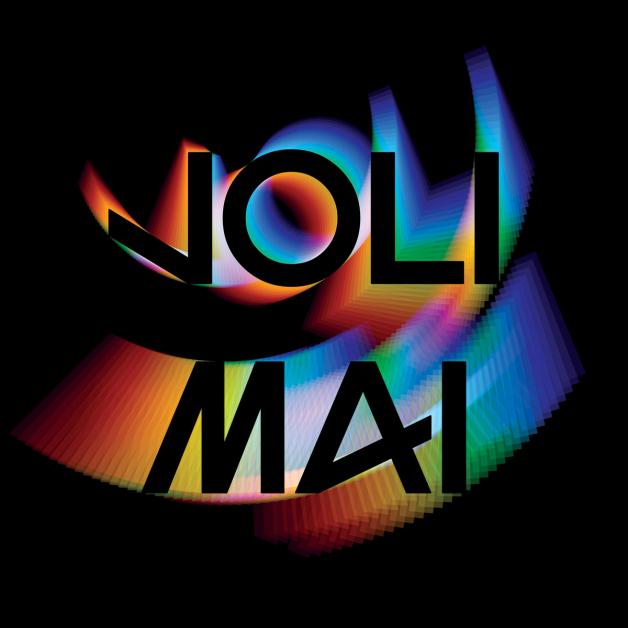 “Joli Mai”, Dan Snaith’s latest album under his Daphni alias comes hot on the heels of his recent addition to the Fabriclive mix series. In fact, this album is essentially an unmixed abridgement of that mix album. The album is made up of two different kinds of tracks: the first rely on repeating drum (and sometimes bass) loops with occasional vocal hooks or synth breaks; the latter are less skeletal in their addition of richer harmony and fuller synthesisation. This structure is largely the same as “Jiaolong”, the first Daphni project.

Like that project, it is the more fully textured songs that are more effective. That album followed three excellent singles with six mediocre, and occasionally downright irritating, tracks of the former type. These experimental tracks are often neither interesting dance tracks nor interesting experiments. On “Joli Mai”, tracks like ‘Hey Drum’ and ‘Face To Face’ typify these percussion loop songs. ‘Hey Drum’, as the name suggests, allows a pedestrian drum loop to repeat until almost two minutes into the song when a euphoric chord stab sequence enters, perhaps telling us the song will now continue in this mode. Alas, the synths end and we return to this drum break for most of this track’s unnecessary seven-minute duration. ‘Face To Face’, meanwhile, features a meaningless drum and bass groove gives new meaning to the phrase ad nauseum; it lacks even a single euphoric moment to break up its monotony. These tracks seem almost like a caricature of dance music’s repetitive nature. It’s as if a snobby rock musician had attempted to prove they could make dance music and this was their semi-satirical finished product.

Luckily the other type of tracks on this album are greatly more interesting. The finest is easily ‘Tin’, a gorgeous summery house banger that will likely remain in my ‘Summer’ playlists for years to come. It’s a track that just repeats one perfect fully-realised loop, harking back to equally great sunshine house tracks like Orbital’s “Halcyon On + On” or Daft Punk’s “Revolution 909”. The other tracks in this mould are less successful but remain passable to fairly good. The album starts off with “Poly”’, a gorgeously building synth loop that gradually goes in and out of tune. “The Truth” is the next best track as it uses a simple chord sequence as the launching point for its waxing and waning energy levels. I’m sure this track could be a hugely effective track in a DJ set, something I can hardly say about any of these tracks really. Other tracks on the album fall somewhere in between these two modes with varying degrees of effectiveness.


This album seems mostly geared towards two different types of specialist listeners: gear fetishists and rhythm obsessives. I fit into neither of these two categories. Judging from interviews about the Daphni project, at least the first album, Dan Snaith was creating many of these tracks using a newly purchased modular synthesiser. The only people interested in the intricacies of these analogue synths are other obsessive synth fetishists like Snaith’s friends Floating Points and Four Tet. To anyone else these sounds could’ve been made on a program like Ableton with no major differences. These extreme areas of speciality and nerdery are fine if you are also able to create convincing and interesting tracks. But here, they barely function as anything listenable. It’s like writing a dense novel of obscure symbolism that doesn’t function as a readable narrative: only academics are going to care or profess to see anything of worth in it. It’s likely that this gear obsession is the way these hipster elite musicians reconcile their love of dance music as a reasonable obsession. By making synthesis this mathematically complex, they prove to themselves that house music is more than just hedonistic bangers (it’s no surprise that Snaith has a Ph.D in maths and Floating Points a Ph.D in neuroscience).

The other specialist group I see this appealing to is those who have an in-depth knowledge of the inner workings of things like polyrhythms and African drumming. In the seventies, these rhythm nerds likely owned twenty-piece drum kits and notated the rhythms of Rush and Led Zeppelin drum solos. I am far from one of these people. I have no opinions on who is and isn’t a good drummer. My issue with Ringo Starr is entirely based on his songwriting, not his timekeeping or anything technical. My own rhythm keeping skills have always been shoddy at best. Texture, melody, harmony, and aesthetics are far more my area. This is why for me, only half these tracks contain anything of slight value.