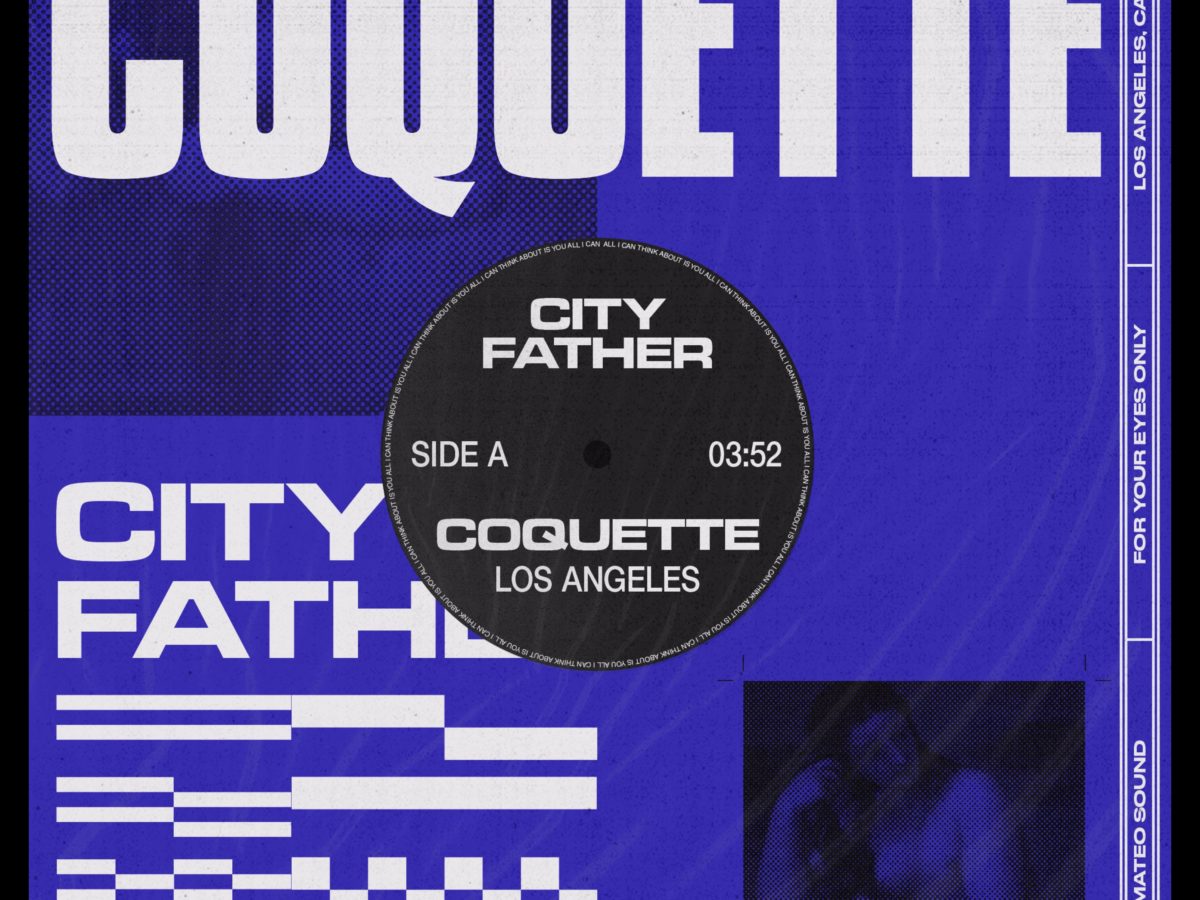 After debuting last month with his remix of Saro‘s “Looking,” Los Angeles-based producer City Father is back with a lush new single, “Coquette.”

City Father is an LA-based musician who you’d swear was from London. His music is rich in the ominous bass sounds and irregular rhythms of that city’s distinctive club scene. “Coquette”, though, is more than a dull copy of a generically post-dubstep sound. The press release describes this track as existing “in that elusive space between club music and home listening”, an apt description of a track that seems almost to function as a condensed version of an hour-long DJ mix. While dance music might be known for its tantric repetition, City Father‘s “Coquette” hardly repeats itself at all. This feels more like a through-composed instrumental electronic piece than the minimal drum tracks of most house and techno. Each element that does appear in the track could be happily extended for several minutes, but the choice not to do so makes the track utterly addictive. Hearing each of these sounds once just isn’t enough.