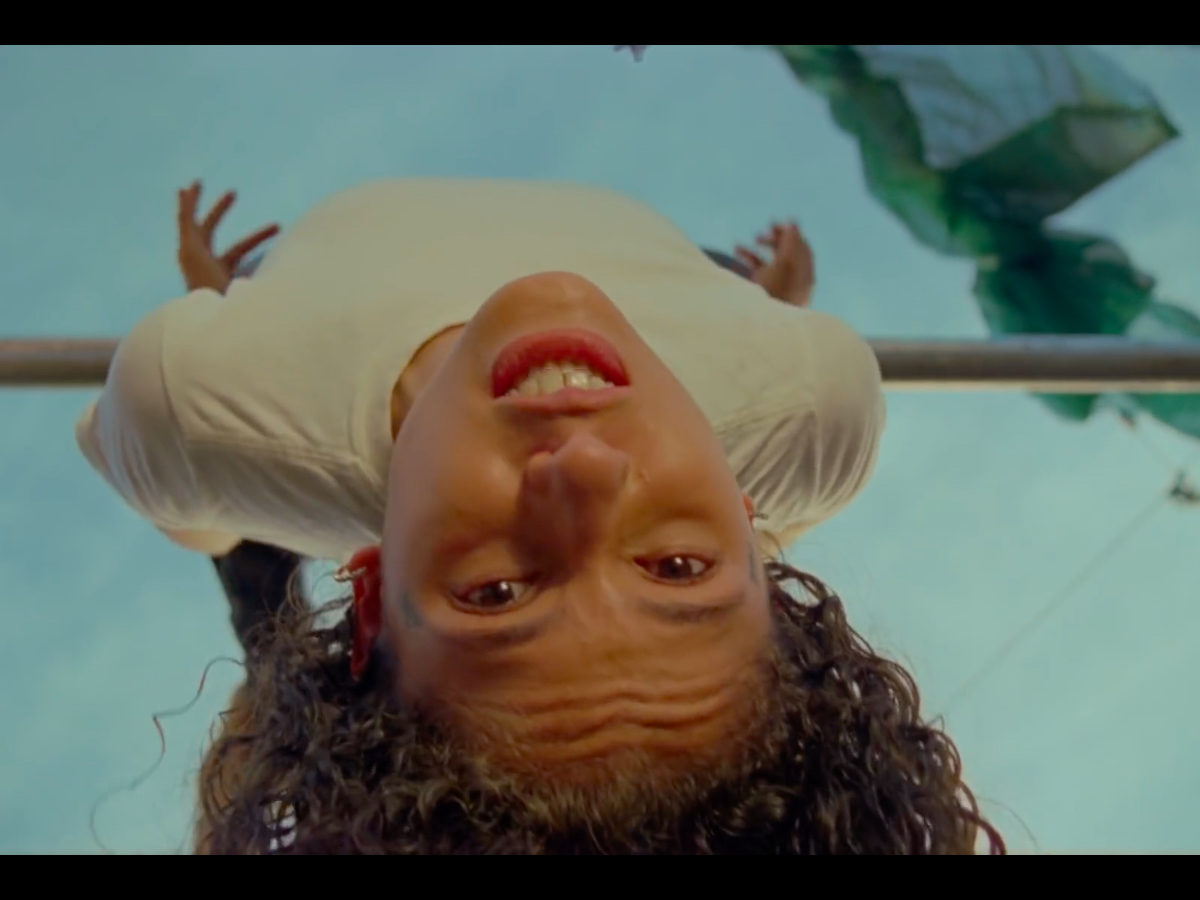 The video for 070 Shake’s latest single, “Guilty Conscience”, begins with a message. “Although I’m not a boy, I wanted to display a boy being broken,” reads the yellow text over a black background, “How he manages his sadness when he is not allowed to cry”. The note is signed Dani Moon, 070 Shake’s alias, and it does more than just give context on what the song sets out to explore; it sets the mood for a track that’s a deep exploration in and of itself, both in subject matter and sound.

“Guilty Conscience” sees the artist simultaneously sticking to her guns and pushing the envelope. The ticking hi-hats poking holes in the beat lay a familiar foundation, while a bed of Vaporwave-tinged synths imbue the song with a faint neon glow for her richly mixed vocals to bathe in. For contrast, the subject matter of the video itself isn’t quite so delicate, with Moon and a group of baseball-bat-armed young men getting into various forms of trouble before ultimately engaging in a bloody brawl, all while the lyrics spin a tale of vulnerability and betrayal.

This tune looks to usher in a new era of 070 Shake, with her debut full-length, MODUS VIVENDI, set to release later this week. The HighClouds Seal of Approval might not hold quite as much weight as that of Kanye’s own label, but we stamp it wholeheartedly, nonetheless.