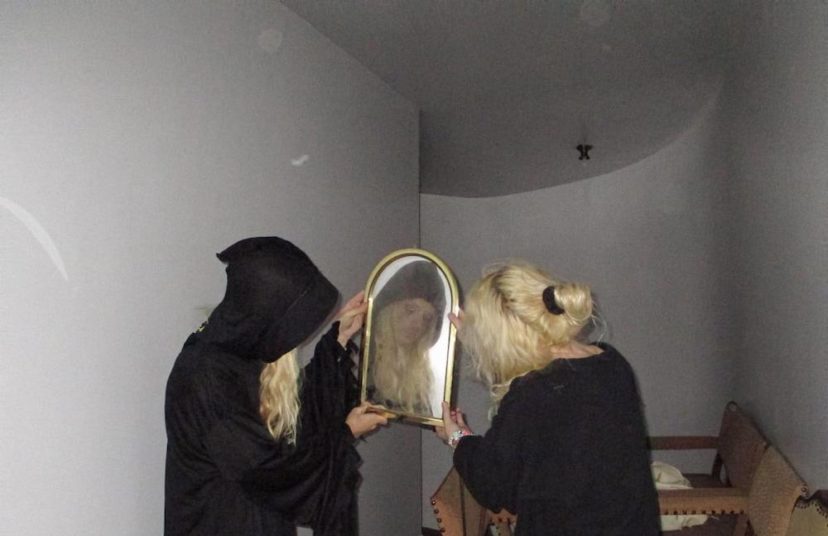 Chicago-based producer-songwriter Laura Les and Los Angeles-based producer-songwriter Dylan Brady, together, make up the fascinating whirlwind duo of future-pop group named 100 gecs. Their critically acclaimed debut album, 1,000 gecs (2019), is now anticipating a start-to-finish remix treatment, and their first offering of both the decade and the remix album is the hooky rework of their digi-cute track “ringtone.”

The backbone of the original track still remains intact, however, 100 gecs did not shy away to provide a complete cosmetic makeover that redefines the track entirely and demonstrates just how close pop music runs in their blood and veins. Extra instrumental alterations and additions on “ringtone” compliment the powerhouse features, each of which bring their own personalized flair to the remix – Charli XCX with her signature auto-tuned vocals to kick off the party-pop banger, transitioning into Sarah of Kero Kero Bonito with her soft-spoken verse that builds up to the blissfully lethal energy of Rico Nasty, whose introduction paired with the distorted guitar sounds like an old school heartthrob punk rock anthem:

“I think I might be addicted to your kisses, Lovestruck, baby, you’re the piece I’m missin’ / I know you’re what I’m lookin’ for and I’m so tired of wishin’ / We can do it now or later, it don’t make a difference”

“Ringtone” remix is now the third single, following up from the “745 Sticky (Injury Reverse Remix)” and “money machine” remix by A.G. Cook, off their highly anticipated remix album 1000 gecs & The Tree of Clues. The release of this track is accompanied by a very DIY, gec-fashioned visualizer of Laura and Dylan passing back and forth cut-outs of Charli XCX, Sarah (Kero Kero Bonito), and Rico Nasty on popsicle sticks in a dark room.