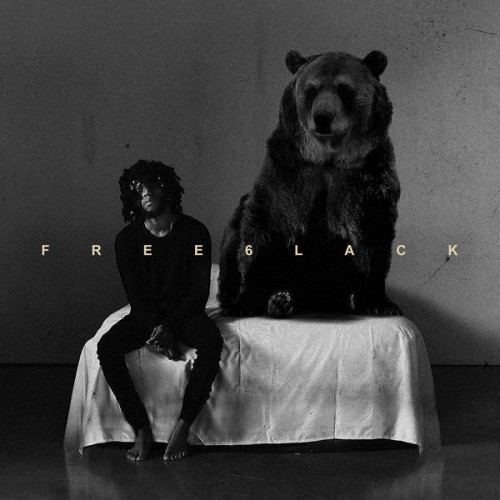 Rising artist 6LACK has released his debut studio album “FREE 6LACK“, marking the end of the Atlanta artist’s mystique-shrouded label issues, and the beginning of a loud entrance onto the hip-hop/R&B scene. That oh-so-familiar dark and stormy Toronto sound hangs over this project like a cloud, as 6LACK does his best to put his own spin on it with mixed success.

There’s no doubt that 6LACK has a unique voice, both sonically and artistically. His slightly scratchy, somewhat syrupy, delivery style is plenty easy on the ears, and it’s perfectly capable of carrying a song. But, as the first few songs on “FREE 6LACK” fly by, 6LACK doesn’t seem to be doing much more than that, which creates a gnawing desire to hear him stepping outside the box for just a second and elevate what he’s doing.

On the intro track, “Never Know”, he says “Going through beat after beat now, I could probably make 100 songs in my sleep”. And, well, it almost sounds like “FREE 6LACK” is made up of a random selection of eleven of those hundred tracks that 6LACK dreamt up over the course of a nap.

The worst sin that “FREE 6LACK” commits doesn’t come in the form of any glaring musical failures; its worst flaw is a simple inability to live up to its own potential.

Very generic dark, trap-flavored beats; lyrics that only scratch the surface of the themes of artistic freedom and shattered relationships; and repetitive, boring song structure throughout the album all mar the vocal talent and unearthed creativity that 6LACK hints at here. Songs like “PRBLMS”, “Free”, and “Rules” would definitely bump on the ride over to a party, but nothing about them is truly exciting or overtly memorable.

With this being said, “FREE 6LACK” does hit its stride for a brief moment with the three-song stretch of “Luving U”, “Gettin Old”, and “Worst Luck”, as 6LACK finally slows down, drops the chattering hi-hats, and takes a moment to explore melodically. “Getting Old” is especially refreshing, with percussion and synths weirdly reminiscent of Genesis, while “Worst Luck” finally delivers the genuine emotional moment that the album’s been frustratingly teasing.

While “FREE 6LACK” was disappointing in more ways than one, it certainly isn’t devoid of quality, nor does it destroy my hope that 6LACK will put forth at least some truly interesting music moving forward, so long as he develops the potential that was only teased here.