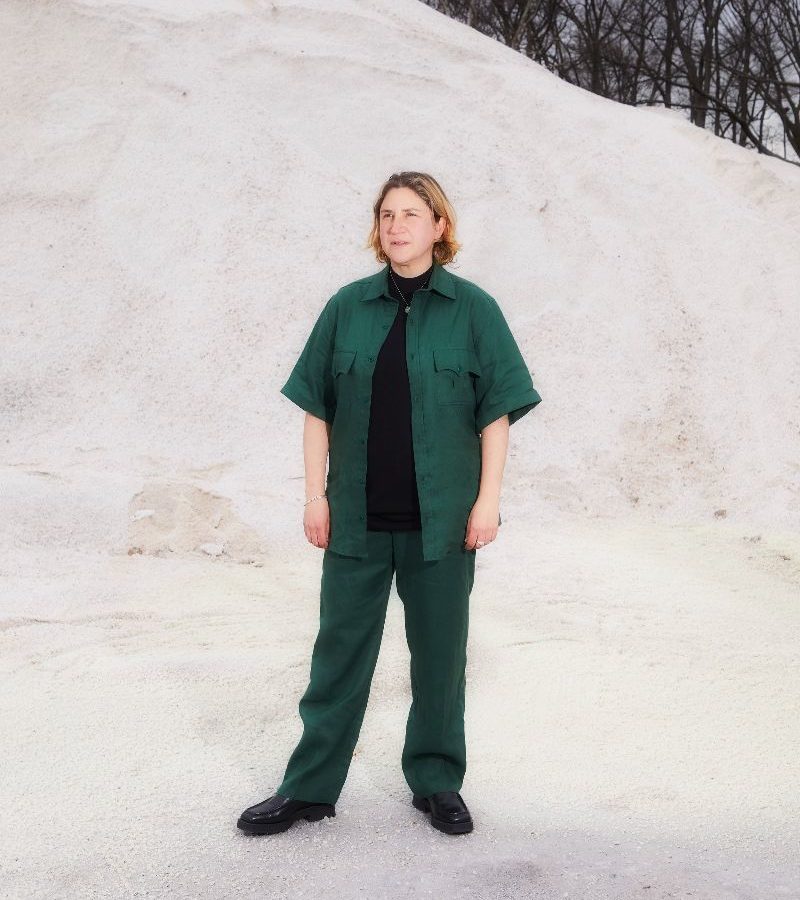 Nico Schneit of Brooklyn-based Air Waves sat down with HighClouds to talk new record The Dance, touring during COVID, Frankie Cosmos, and everything in-between.

Nico Schneit, the human behind the undeniably cool, Brooklyn-based band Air Waves, has released their newest masterpiece The Dance, out now via Fire Records. After a decade of releasing reliably catchy records, this album marks a pop-infused chapter for the singer-songwriter. Recorded at Figure 8 studios in Brooklyn, the new album boasts an impressive lineup of collaborators including Skyler Skjelset of Fleet Foxes and Beach House, Frankie Cosmos, Luke Temple, and many others.

Schneit is one of the best in the game at creating hooks that refuse to leave once invited in. Packed full of their irresistible melodies, seemingly endless list of impressive collaborators, and mastery of storytelling, The Dance is nine tracks of bliss, showcasing a tenured artist in their stride.

As its name suggests, The Dance refuses to stand still. Instead, it spins, flips, and sidesteps through different moods. Stand out track “Wait” is a synthy and addictive beast that will beg to be put on repeat. Titular “The Dance” is a nostalgic romp that evokes the stuttering, violent emotions of slow-dancing at a sepia-toned prom. Closing track “Peer Peer” is an ambient, stilted ditty that ends the album on a pleasant question mark. Schneit‘s throaty, melancholic vocals— which have become a calling card for Air Waves—provides the glue to these different textures. The Dance feels like a blurry night out, complete with romance, mystery, and good music. The ebbs and flows, good times and uncomfortable moments, and abrupt endings—That’s what life is about, packed up and presented through this record.

The Dance is a true pandemic album. Air Waves completed recording at the beginning of the pandemic and sat on the record through the years, keeping busy by tweaking, perfecting, and waiting. This patience and time gives the album a weighty, mature quality– It feels like an aged cheese just ready to be unwrapped.

HighClouds connected with Air Waves over Zoom to catch up about the new album, chat about touring during the pandemic, and dish over their collaboration with indie sweetheart Frankie Cosmos. Their chill disposition and openness about the nitty-gritty of the creative process was refreshing, adding yet another lens through which to experience the album. You can find the interview, which has been edited for clarity and conciseness, right here. You can check out the album on BandCamp.

HighClouds: Congratulations on your new album. It is so good! What are you most excited to share with listeners on this release?

Air Waves: It’s been done for a while so I’m excited for the whole thing to be heard. So far, people have been most receptive to the song “Wait.” Even when I’ve been playing it live during a ten-song set, everyone’s like, “What was that last song you played?” I’m excited for people to hear the other songs as well.

What do you think it is about “Wait” that really resonates with fans?

It’s really catchy. That song has four beats in the song, so I think it just kind of gets stuck in your head and people are drawn to that. There’s something about bubblegum pop.

I love the “Wait, wait, demon lover” refrain in that track. It seems like monsters, demons, and aliens show up a lot on the album. What other subjects were you looking to explore?

Demon lover is actually a nice thing. It’s like someone you’re like really into and they overtake your world. I have some attention deficit problems, so it’s a song about that—Having to ask people to repeat themselves. It’s gotten better as I’ve gotten older. I had this idea of a fantastical landscape where cowboys were running around and there’s flowers everywhere and it’s kind of beachy.

Speaking of getting older, you’ve been releasing music now for over a decade. What is the most surprising thing you’ve learned about your artistic process throughout the years?

Collaborating with other people keeps me going because it adds new layers to the songs and the albums. My first album has Sharon Van Etten. Where she is now is such a different place from when she came in doing backing for me. Friends and people I admire– I never know what they’re going to add.

Luke Temple added so much to every song on this album. I’ve been a big fan of his music. He’s also been playing for over a decade. It’s such an honor to have him on this record.

On the topic of collaborators, what was it like to work with Frank Cosmos? How did that come about?

For “Black Metal,” I just thought [Frank Cosmos‘s] voice would work well with mine. I did a Zoom concert with Juan Wauters at the beginning of the pandemic and she [Frankie] was one of the only people that came. I asked if she wanted to sing on that song and she did such a great job.

This was a true pandemic album, as it was finished three years ago and is just now being released. Is it true you recorded this record in two days?

All the underlying tracks were done in two days with a four piece band—Literally a day or two after we were told not to leave our homes. At the beginning, we all thought we were going to be stuck inside for two weeks or a month. After a month, I started reaching out to people and I was like, “All right, this is going to be a while.”

How did it feel to sit on a project for that long?

I’m glad I sat on it because it gave me something to do. I worked on the mixing and the mastering and finding a mixing person.

I’m not in a rush. In the past, I used to always feel this like intense urgency to get things out. But music’s so different now. People feel this pressure to keep releasing stuff because of social media and all that. I’m a little more relaxed about it than I used to [be].

How did you come to adopt that level-headed attitude?

I guess maturity, maybe. I mean, what am I going to do? It sucked for everyone too that we were stuck in this situation and if I released it, I wouldn’t be able to tour. I just waited. And I’m really glad I waited because I met Fire Records. I think it’s coming at a good time right now.

How did you get connected with your label and how has it changed your relationship with this release?

I got connected with them because [my booking agency] Anniversary shares an office with Fire. I looked at Fire‘s roster and I was like, “Oh, these are amazing bands.” I just kept hearing new artists that were on their label. I asked my booking agent about them and he sent Fire the record. A day later, he [James Nicholls at Fire Records] wrote me that he really loved it and he sent me a really beautiful email. I just got a good feel from James at Fire and decided to work with them.

Getting back to the record, your lyrics are just awesome. They have such specificity, really showing off your storytelling skills. What is your songwriting process?

A lot of it’s about like romantic situations, but I also write about people a lot. I studied anthropology in college and my dad’s a New York city tour guide. I’ve always been like very observant and curious of people. “Alien” is completely made up. It’s just about like feeling safe with someone, but it’s not a particular person. I teach kids music and they say “Go off king” a lot so I thought it’d be cool to have that in the song.

The first tour I did since COVID was with Sean Nicholas Savage, and I got COVID. It is intense that we’re all doing this because the risk of getting sick is so high. I got sick for doing my job.

The audiences have been a little less than usual. But the audience seemed excited. The last tour I did, I was solo and that was a new thing for me. I used backing tracks, but people seemed to like it. It’s scary. You can get sick or it’s just going to cost a lot of money because gas is so freaking expensive.

Do you still feel that touring is worth it?

I do. It’s still what I love the most. I had such an amazing time with Sean. I’m a big fan of his music, so it was worth it for me.

Now for a few quickfire questions. If you had to like recommend a meal to eat while listening to the album, what meal would it be?

If you could send this album to any musician alive or dead with the guarantee that they would listen to it, who would you send it to and why?

I would send it to Lou Reed because he was one of my first influences. I’d love to hear his cranky response.

What’s your favorite city that you’ve ever played in?

Definitely Bordeaux in France. The crowd was incredible. Everyone was so into it, and they were singing along, and it was the most excited crowd I’ve ever seen. 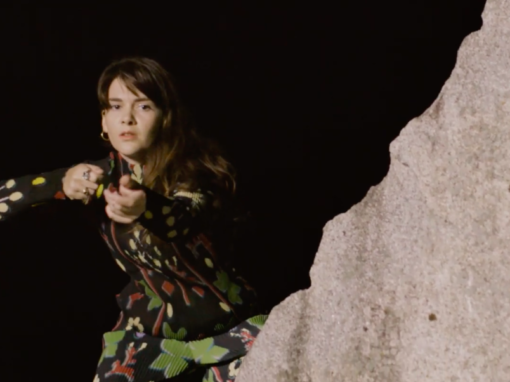 Tess Roby‘s sophomore album Ideas of Space is out April 22 on her freshly founded label SSURROUNDSS. In April, Montreal

END_OF_DOCUMENT_TOKEN_TO_BE_REPLACED 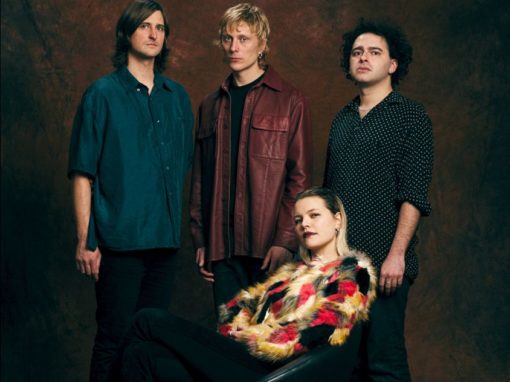 “Something” is taken from Hater‘s upcoming album, Sincere, out May 6 via Fire Records. After a first taster, “Bad Luck“,