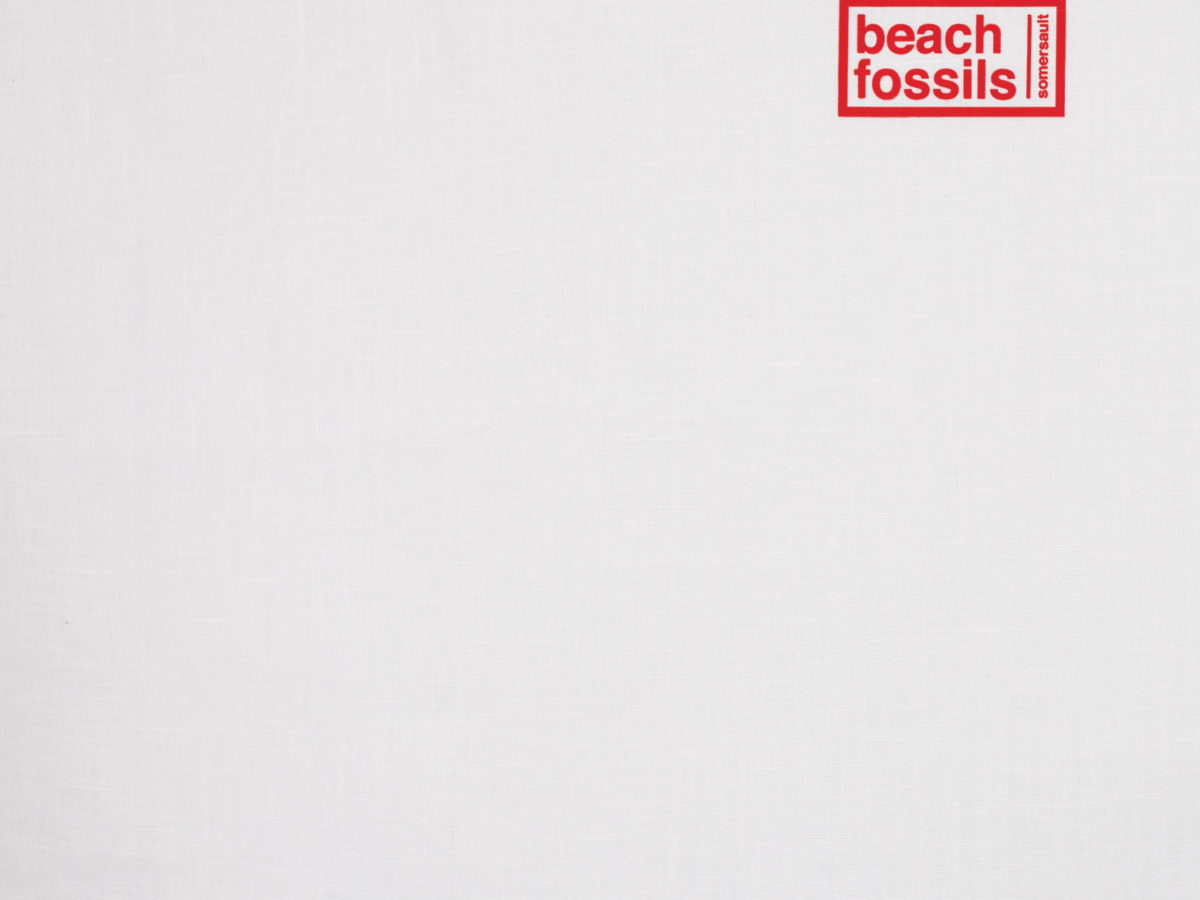 Brooklyn’s Beach Fossils bring to mind a crisp winter’s day on a white beach. Perhaps there is a weatherboard house nearby painted in those colours that people inevitably paint their beachside domiciles. It is a beachside scene that does not evoke summer’s sense of freedom or relaxation, rather a feeling of self-reflection, a sense of the solitary without the void of loneliness. Perhaps this is all rather abstract and they are just an indie band and this is a beach scene I’ve half-remembered from ‘Eternal Sunshine Of The Spotless Mind’.

Beach Fossils, though, are deserving of this vague stock imagery, they are hardly an exceptional band. They’re one of the many indie pop groups that became popular around 2010 with the word ‘beach’ in their name (Beach House, Dirty Beaches, Beach Slang, etc). I tend to find most of these groups uninspiring but for whatever reason their song ‘What A Pleasure’ grabbed my attention. The guitars just seemed to chime so perfectly.

‘Somersault’ is Beach Fossils’ third album. There are certainly enjoyable moments on this record and several aspects that make it seem more than just your standard guitar-based indie pop record. In most ways, though, it’s a record that deserves lazy, critic-y buzzwords like “slacker”, “hazy” or “stoned”. The album includes some attempts to expand their sonic palette like an appearance from indie-rapper Cities Aviv, drum loops on ‘Social Jetlag’ and lush orchestration. None of these moments, though, end up seeming particularly important. Cities Aviv appears on ‘Rise’ and talks, relating some non-sequiturs and nonsense as if you’re hearing one side of a fairly dull phone conversation. The orchestration, meanwhile, makes much of the music a bit too ‘easy like a Sunday morning’ for my liking — everything’s a bit too ‘nice’. Weirdly, my favourite moments on ‘Somersault’ are its most straightforward: ‘Down The Line’ and ‘This Year’. Each represents the band’s sound whittled down to its most successful elements: the vocal harmonies on ‘This Year’ sound lusher than they do elsewhere; the chord change into the chorus of ‘Down The Line’ pulls my heartstrings more than any other.

Beach Fossils idea of beaches or surfing seems to be based more on The Beach Boys than actually spending any time catching waves or sunbathing. If any surfing did happen, it would be more as it might appear in a Wes Anderson film rather than it does in ‘Point Break’. These bands feel like the types to perhaps live by the sea but read well-thumbed copies of Penguin paperbacks while perched on the sand itself. It’s more about thinking of the sea as something twee with a faint whiff of the 1950s rather than a place that young people go to hang out and have fun today. This romantic view of the sea is also something I’ve never really understood having spent a large amount of time in English beachside resorts. These bitterly unromantic towns are generally battered by ocean winds and deprived by the economic collapse of their tourist industry (which they lost to warmer places like Greek islands). Exposure to places like this have given me a fraught relationship with beaches as cold, unpleasant places. Any link between the sea and the sort of transcendence Brian Wilson might have associated with it have generally been impossible for me to make. My difficulty with both beaches and guitar-based indie pop is also linked in the sense that both of them are popular with people who seem far more anxiety-free than me. Saying this, living in Australia has done much to increase my fondness for the sea. I no longer avoid it like a traumatised fisherman who has survived one too many shipwrecks.

‘Somersault’ succeeds in its mission to evoke a dream. It is an enjoyable but ultimately pointless experience that you can struggle to recall too many details of the next day. Trying to analyse it might feel like a good idea but nothing really means anything. I think that maybe dream pop has never really been my genre. Listening to a whole album of it makes you feel like a housecat whose life mainly consists of sleeping in the sun. This, in itself, is a pleasant enough experience but it doesn’t feel like you’ve actually accomplished anything with your life if that’s what you spend it doing.