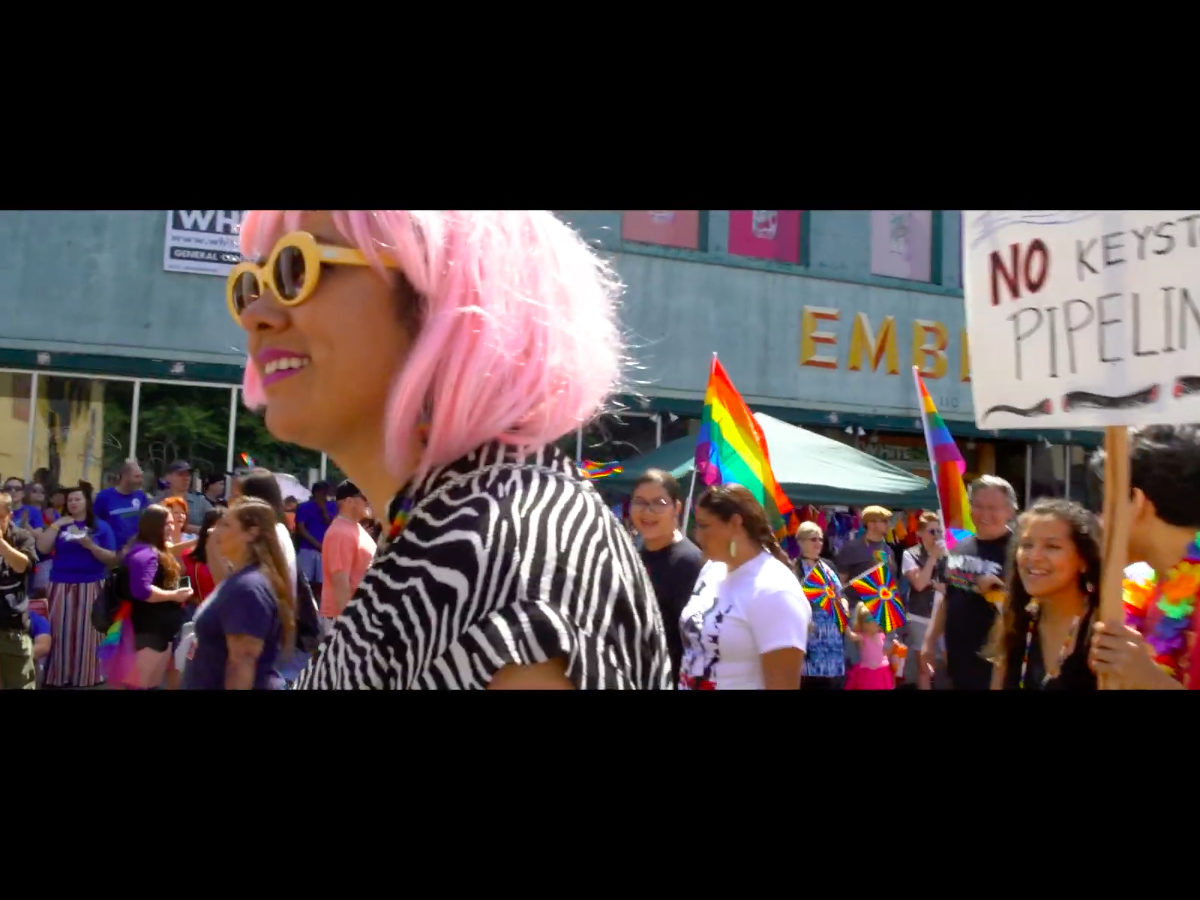 “My Heart Dreams” is taken from Black Belt Eagle Scout’s new album, At the Party With My Brown Friends, due out August 30 on Saddle Creek.

Black Belt Eagle Scout is readying the release of her second LP with Saddle Creek, who keep on being one of the best current labels for all things rock music. After a successful 2018 that saw the re-release of her enthralling debut Mother of my Children, Katherine Paul has been putting the finishing touches on her new record, titled At The Party With My Brown Friends. The songs she has shared so far (“At The Party” and “Half Colored Hair“) are quite in line with the mid-tempo, singer-songwriter feel that marinated a good chunk of her debut. She is now releasing another one of them, a dream-pop influenced track aptly titled “My Heart Dreams”.

Very much a 90s-influenced alternative rock song, “My Heart Dreams” seems to be on the verge of toying with the Pixies-esque loud/quiet dynamics that defined the project’s breakthrough single “Soft Stud”. However, such a breakdown never happens and “My Heart Dreams” decides to follow a different path altogether. It becomes a dreamy jam instead, arguably even more immersive than the most subdued songs on Mother of My Children. It almost recalls Mazzy Star in its warm and lush instrumental delivery, though Katherine Paul’s vocals keep that trademark roughness around the edges. Black Belt Eagle Scout has also shared a video for the song with the aid of Portland Two Spirit Society, bringing women and LGBTQ Indigenous people to the fore. As usual with Katherine Paul’s work, it is powerful and moving stuff. Watch below.