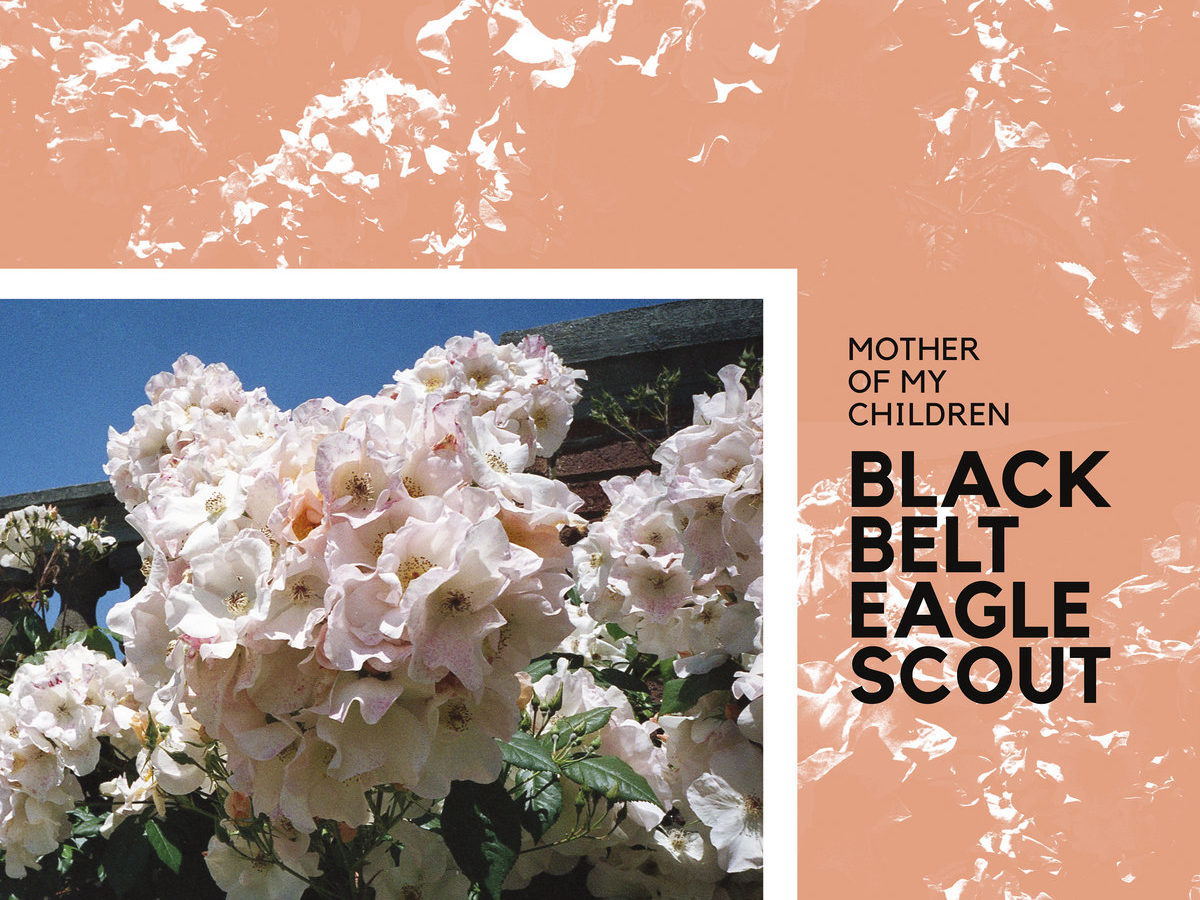 Black Belt Eagle Scout‘s debut album “Mother Of My Children” is out now on Saddle Creek.

“Mother of my Children” is the debut album by Black Belt Eagle Scout, an Oregon-based alternative rock act that fuses the fierceness and roughness typical of the American northwest with more introspective and gentle undertones. The artist behind this moniker is Katherine Paul, who identifies herself as a radical indigenous queer feminist. Paul claims that her identity plays a big role on how she writes songs, though there’s no need to take her word for it – even a cursory listen to “Mother of my Children” will make it clear that this is an artist writing from a very specific point of view (after all, the first two songs in the album are called “Soft Stud” and “Indians Never Die“).

That being said, Paul’s music is as relatable and alluring as it gets. “Mother of my Children” is an album about love and about grief, written while she was going through harsh personal experiences. What is genuinely interesting about Black Belt Eagle Scout is how she re-appropriates more mainstream-oriented traditions and adapts them to fit her view of the world. The first song on the album and also its best, “Soft Stud” is a 90s-esque take on queer love and open relationships, Paul wistfully lamenting “I know you’re taken” during the chorus. It’s exactly the kind of thing you would have expected from an Oregon band in the 90s. Surpassing the six-minute mark, “Soft Stud” spends its last bars going on an incredibly emotional guitar jam that brings back to mind The Woods-era Sleater-Kinney, both in aesthetic and in quality. It is simply one of the best rock songs you’re going to hear this year, and it’s also the only song on the album that sounds remotely like this.

Opening an album with your best song is always a risk, particularly when everything that comes afterwards represent a drastic change. In a way, “Soft Stud” acts as a sort of false start, and “Mother of my Children”’s sudden switch to a mellower sound can make for a jarring first listening experience. Once you’ve had the time to make the adjustment, it’s easy to get why Paul felt the need to start things off with an adrenaline rush. Whether it’s desire, anger or grief, there is a lot to take in with this album, and some of those feelings are not ideally expressed through raging vocals and battling guitar solos. Instead, Katherine Paul chooses to adapt to a wide range of sounds and see which of them fits best. While not particularly innovative or original by any means, “Mother of my Children” works as a experiment by which an artist struggling with her emotions tries to figure out the most fitting musical outlet for them.

Black Belt Eagle Scout‘s Bandcamp page uses “ambient” as a descriptor, and even if I wouldn’t go that far, there is definitely something to be said about the instrumental austerity in which half of the album indulges. Accompanied by soft percussion that threatens to build up into a climax only to let it die, the second track “Indians Never Die” is a classic singer-songwriter take on colonialism, Paul’ clean guitar sound standing in opposition to the distorted rawness of the first track. The Elliott Smith-esque “Yard” follows similar guidelines, finding beauty in restraint as it refuses to go full crescendo.

While “Mother of my Children” certainly has enough high points to warrant repeated listens, its middle section fails to be as compelling as tracks like “Soft Stud” or “Keyboard”, the latter being a hazey dream pop song that sounds like if Beach House and Portishead had had a child together. Though undeniably pretty, the title track relies overtly on its guitar riff and on its attempt at a hook, while the mid-tempo rocker “Just Lie Down” takes up four minutes without doing much with them except for a not-so-successful attempt at twee charm: ‘sky looks blue / just like you.’

A fairly short eight-track album, “Mother of my Children” would have been one of the year’s best EPs if two or three of the weaker tracks had been left out. Nevertheless, Black Belt Eagle Scout’s debut is such a short and concise effort that every single song here functions as a sort of introduction letter to the band regardless of their quality. And even if it’s not consistently appealing, the album benefits from a careful and polished production that nonetheless does not take away any of its roughness. “Mother of my Children” might be imperfect, but its intermittent charm makes up for it.