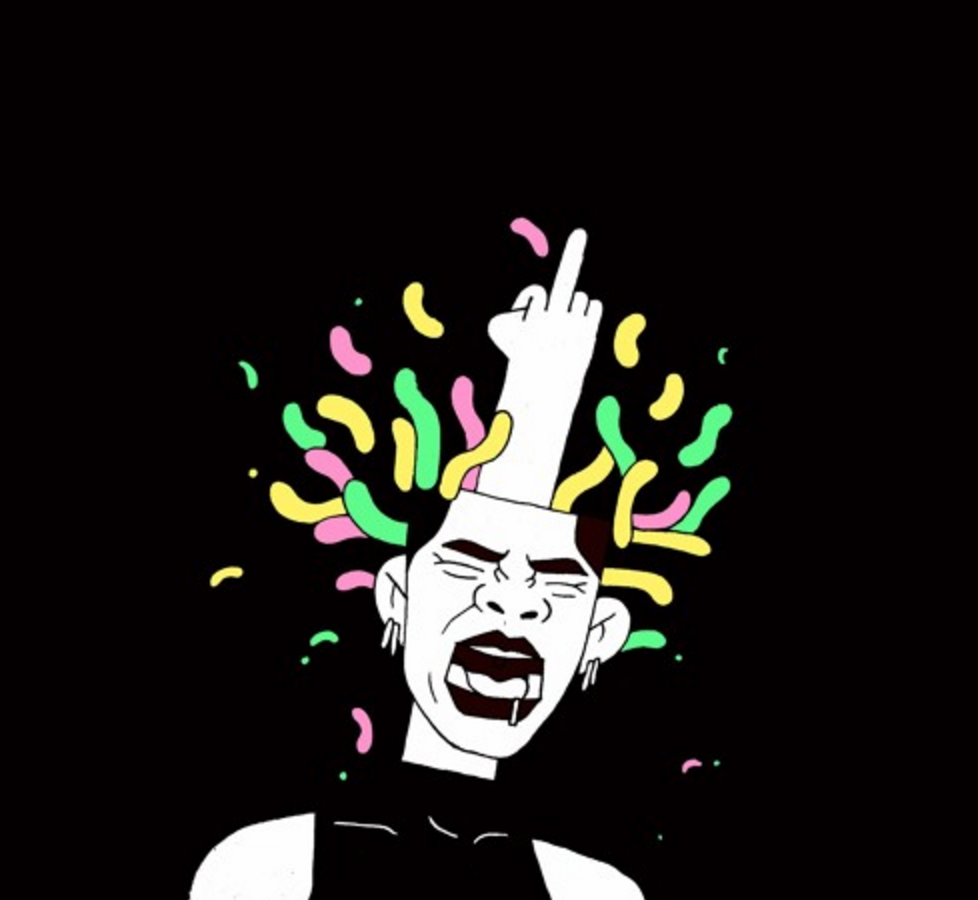 Only 4 months after releasing her debut “Royah EP”, Dublin-based artist Bonzai is already back with a brand new EP “Sleepy Hungry”. We discovered an impressive single « No Rest » during Annie Mac’s show and then the artist unveiled 8 more tunes, all more incredible than the others.

If you never heard of her before, Bonzai is a young artist that appeared on the internet 7 months ago via Mura Musa‘s label Anchor Point, releasing a strong debut single called “KBG“. After that she unleashed “Doses” on the internet, the first single taken from her debut EP. “Royah” was a memorable EP, in which Bonzai brought a lot of different influences. More recently, she was featured in Mura Masa‘s latest banger “What If I Go?“

“Sleepy Hungry” is a 9-tracks EP (YES 9) including noticable ones such as “Daniel Gets It Wrong”, “Lights On” and “Where Are U Now”. The whole EP is hysterical as we like it and it has big influences either in R&B, electronic genres such as acid and house.

You could even spot some similarities with The Chemical Brothers in “No Rest” where the climax hits and you are literally transported to the early 90’s when Belgian new beat, “Block Rockin’ Beats” by the English chemical duo and at some point even Prodigy with their hit “Smack My Bitch Up” were hitting hard in the clubs. It is incredible how Bonzai seems to have such a massive palette of different backgrounds creating an impressive melting-pot of sounds that somehow match together.

We are expecting from Bonzai to sing in a very sensual way because of her beautiful soulful voice but once again she kept her whole universe of 90’s electro and she probably even pushed it harder without losing her own spirit. There is no way that she is going to keep it in down-tempo because her tracks are made for dancing !

This EP is a mix between Rabit thanks to the production, Sophie thanks to way to give to electronic sounds a pop turn, Charli XCX thanks to its powerfulness and Arca for its weirdness and the way of pushing the boundaries farther … And as trash as we are, we obviously really really REALLY enjoy it but be prepared… don’t listen to it early in the morning… unless you are in an after party

Stream the whole EP below.