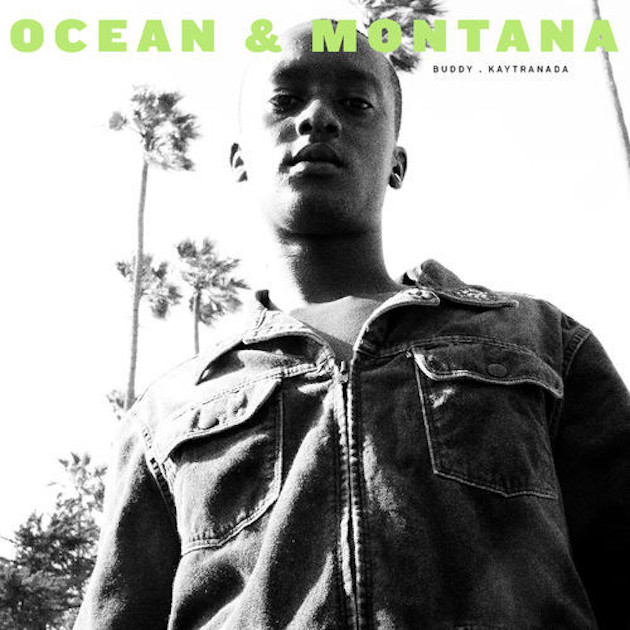 You’d be hard-pressed to argue that everything Montreal’s own KAYTRANADA touches doesn’t turn to gold. His signature grooves are irresistible, and they seem to make any artist lucky enough to ride them shine.

On “Ocean & Montana”, Buddy doesn’t just sit back and let Kaytranada’s production do the work, though – he explores each of the project’s five beats in ways that are all his own, utilizing this high caliber collaboration to its full extent.

Beginning with “Find Me”, we’re in familiar territory, as Kaytranada’s anachronistic sound quickly fills the speakers. What’s not as familiar is the approach Buddy takes, as it’s one that’s surprisingly melodic, and pleasantly rich. Lyrically, the track is deceivingly depressive, addressing loneliness and the struggles of finding love in such a way that’s delicate enough to get you thinking without catapulting you straight into your feelings.

Above all, Buddy‘s “Ocean & Montana” is fun. It’s an EP that demands you kick back, while strongly encouraging you to smoke up.

From there, Buddy loosens up a bit more, and starts introducing more rapping into the mix, while still making sure there’s ample opportunity to throw in catchy melodies. With “World of Wonders” we get a subtly island-flavored ballad of infatuation, while “Guillotine” is a display of brisk, head-nodding bars – the differences between tracks solidifying a clear sense of diversity, albeit a subtle one. Because, while the sound of “Ocean & Montana” isn’t exactly multi-dimensional, there are still plenty of interesting detours and variations, both in terms of vocals and production, that ensure things stay engaging.

Unfortunately, things begin to fall a bit more flat towards the latter half of the EP – at least in relation to the first half. The “sit back and vibe” mentality comes through a bit too strong on a track like “A Lite”, where the theme of smoking weed is on the nose at best, while the hook is gratingly repetitive at worst. As we close on a decent note, two things seem to become apparent: that “Ocean & Montana” is a decidedly solid EP, and that it’s more likely to be enjoyed than remembered.

Buddy is no newcomer, and yet he seems to be hitting his stride as of late with his 2016 hit “Shine”, and, of course, this project. Striking this kind of chemistry with one of hip-hop’s most sought after producers is no small feat, and it seems indicative of more good things to come.