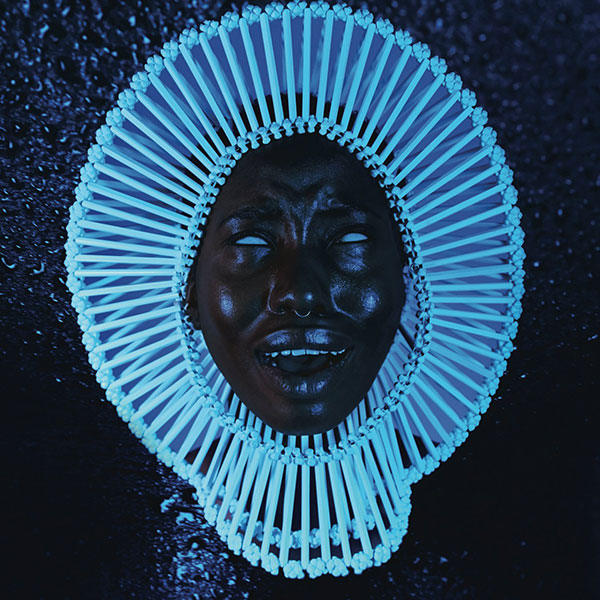 No-one could ever accuse Donald Glover of a lack of ambition. The man can lay claim to being a rapper, singer, actor, writer, stand-up comedian and air-conditioner repairman.

While his television career in the form of “Community” and “Atlanta” has received a fair amount of critical acclaim, his music has generally not (including an infamous 1.6 from Pitchfork). Glover, though frequently mediocre as Childish Gambino, is generally one of those artists I have a lot of hope for. Part of this comes from my deep love of “Because, The Internet” highlight “3005”, surely one of the finest hip-hop songs of recent years.

In an interesting attempt to change of music direction, Childish Gambino occasionally shines but too often misses the boat with “Awaken, My Love!”

“Awaken, My Love!“, however, couldn’t be further from the hook-filled pop-rap of his previous work. In what is clearly a bid to be taken seriously, Glover has made a somewhat “To Pimp A Butterfly”-ish swerve into a variety of pre-hip-hop African-American musics (particularly soul, funk, and gospel). The album lacks a single rapped verse but definitely still bears a heavy influence from hip hop. It, in many ways, sounds like funk, soul, and gospel as understood through the lens of hip-hop. It’s unsurprising to hear that Questlove rang D’Angelo at an ungodly hour to rave about this album. It certainly bears the trace of the ‘soulful’, ‘jazzy’ take on hip-hop that the Soulquarians group are known for.

In many places, “Awaken, My Love!” is a success. Album opener, “Me And Your Mama” is a powerful work of post-modern soul. The track builds steadily from chimes out to astral choirs over distinctly hip-hop drums. One of the best moment on the album is just over a minute and a half in where a heavy 808 bass drum sound drops on the track as the hi-hats switch from counting in straight time to counting triplets. The track then abruptly jumps into a fuzz guitar-led second movement featuring Childish Gambino‘s impressively impassioned soul vocals. The arrangement on this track is simply astounding: multitracked vocals exist alongside organs, synths, and live drums. Glover and his collaborator Ludwig Göransson (who also wrote the “Community” theme song) have really outdone themselves here. Glover himself is also a much better singer than I would’ve imagined, especially compared to his so-so rapping.

Unfortunately, not all of the songs manage to be as brilliant as this opening track. “Redbone” is an equally strong and equally unique take on soul. The late-night feel of the song is pretty much the mirror image of the fiery intensity of “Me And Your Mama”. The rest of the album mostly manages to be solid but generally unexceptional with only “California” being actively bad. Much of it sounds like a reasonable homage to Funkadelic circa Maggot Brain. “Boogieman”, particularly, could be a slightly more modern take on that album’s “Hit It And Quit It” while the almost country-inflected gospel of “Have Some Love” is certainly in a similar vein to Clinton & Co‘s “Can You Get To That”.

One of the problems with the album is Childish Gambino‘s unusual attempts at the kind of vocal experiments that are currently very popular (and controversial) in current rap. Glover and Göransson seem to have as deep a grasp on vocal manipulation effects as the average YouTuber making autotune remix videos. “California” features a bizarre vocal effect that sounds like what my Dad would probably hear if he ever was forced to listen to Young Thug. At a couple of other points in the album some truly painful autotune crops up which, if anything, gives me more respect for those who have managed to use the effect well in recent years. Childish Gambino has actually revealed that none of the tracks feature digitally pitched-up vocals making some of the unusual falsetto sounds he’s achieved slightly more impressive but largely no more enjoyable.

Overall, this album is consistent with Gambino‘s nature as a fairly hit and miss artist. Like “Because The Internet” we are treated to two very good songs and a large amount of mediocre ones. Fingers crossed he’ll get it together for the next album.