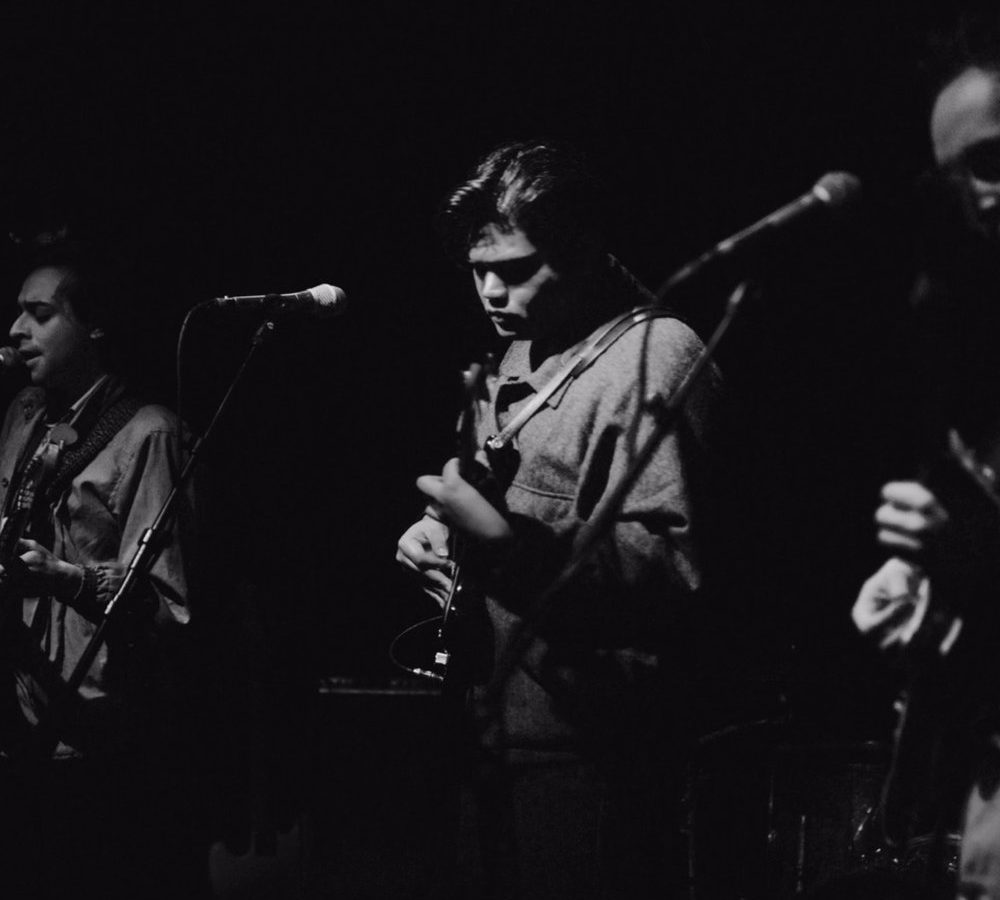 A google search for ‘Cigarette band’ will show you that this is an act very much in need of an introduction. Save for a few tracks by another band with the ‘After Sex’ suffix, and a stunning Sofar Sounds performance available on YouTube, recorded in Washington D.C. where they’re based, the quartet seem to exist solely, and shockingly, on their Facebook and Bandcamp. Luckily, there you’ll find artsy promotional videos, tour dates, and today, most excitingly, “Mood,” the latest single from their new album “Light Blues.”

On this new offering, Cigarette spark a very particular kind of moving calm, charging each jangled note poignancy and precision. You’d be forgiven, on first listen to “Mood,” to mistake the track for a new Beach House release, owed to the lingering, dream-pop state it builds around itself. Still, there’s no attempt at mimicry on “Mood,” and each sonic ingredient proves to be very much their own. Breathy, rippling vocals carry over the bright and languid guitar-driven melody, sounding like the recollection of a memory. And in many ways, it is. The track’s pensive spirit is rooted in its devastating backstory, the death of a close friend in a motorcycle accident. The melody builds and unravels alongside the jumbled feelings of regret, confusion and grief that come with such an event.

The track touches on the feeling of wishing, wishing that something didn’t happen, says the band. Given the tumultuousness of the emotions underpinning the track, it manages to lend itself to be equally melancholic as it is sweetly reminiscent. Reveling not in the sadness of loss, Cigarette gently and beautifully connect vulnerability of a life cut too short to a celebration of the life already lived. At just over three minutes the track feels quick to end, though its cathartic aftermath rings well after the last note.