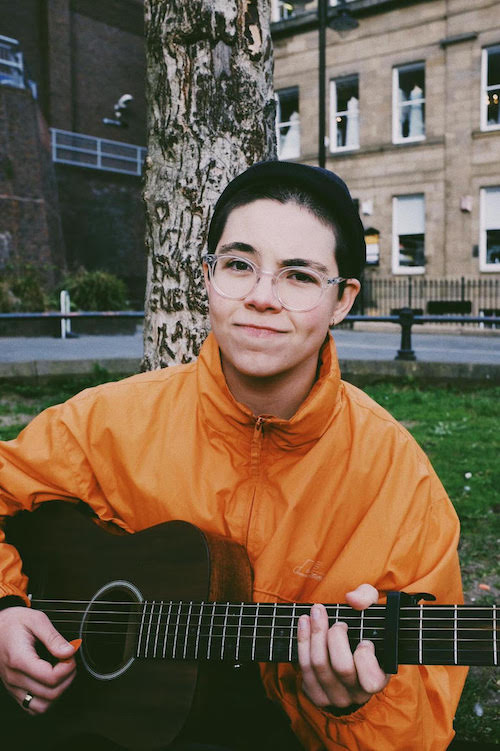 Megan D‘s “Save Me A Seat” is out now, released independently.

The terms ‘independent’ and ‘DIY’ are stamped on artists across such disparate levels of exposure and backing, and even genre, that their scope ranges from unsigned support bands to Dirty Hit giants The 1975. Such is the reality of musical artistry in 2019, with indie labels and their artists peddling ferociously at ground-level, and even the majors requiring a degree of artist/fan engagement on social media and merch stands.

Any amount of work put in by artists to break down the inaccessible rockstar trope, or working painstakingly on their campaigns, is both a refreshing change and a sad sign of the times. It shows how much of a struggle the industry can be while flooding it with a real sense of determination, connection, and poignancy.

Releasing her first single since 2018’s Out In The Ocean EP, Edinburgh-based songwriter Megan D does all her own running. With no label backing, she self-releases and books her own shows, busking in the cities she tours, and playing intimately in friends’ houses to fill the gaps between.

Produced by Frightened Rabbit’s Andy Monaghan and Billy Kennedy, “Save Me A Seat” is a song of solidarity. Sitting among the heavily politically charged musical output that’s been so rightly and necessarily prevalent this year, the lyrics make no mention of politics, but instead harbour a feeling of fighting detachment, disillusionment, and coming together to face reality instead of ignoring it.

Megan D’s timing couldn’t be better. “Save Me A Seat” rides on the awesome wave of confessional songwriting jarred into motion by essential sad and somewhat-hopeful storytellers Phoebe Bridgers and Julien Baker. In this space between the boygenius and Better Oblivion Community Centre records, “Save Me A Seat” latches onto the same sense of spirit, its lyrics literal enough to tell a very personal, concrete story, yet vague enough to attach to our own. Without revealing exactly what she’s gone through, we know exactly what she’s saying.