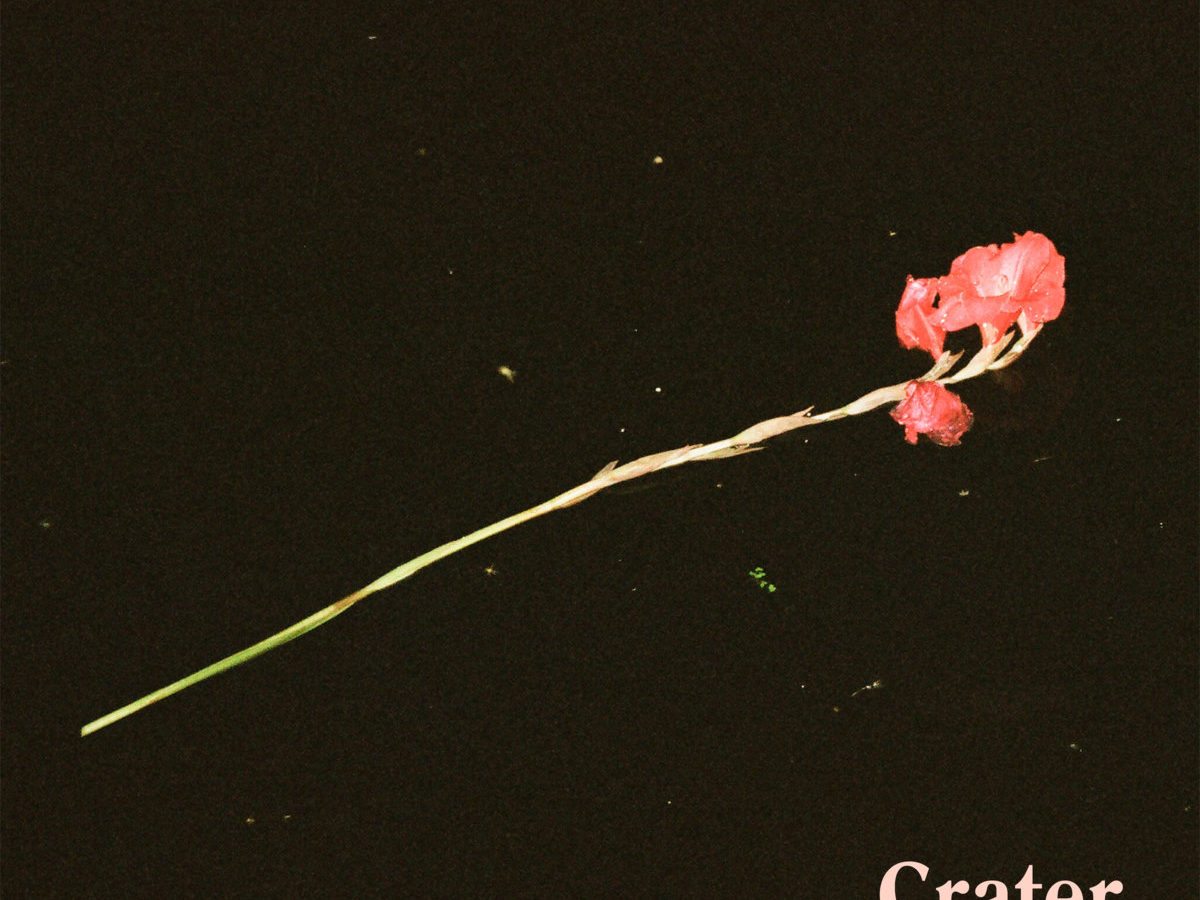 From the beginning of their career, Crater have worked towards resisting to be defined.

This Seattle duo has sometimes been deemed as an electro-pop act, but the truth is that electro-pop doesn’t even begin to cover what Crater are about. Sure, there’s some influence here and there – take the opening, self-titled track from their new album “Unearth”, which opens pretty much sounding like a stripped down “Hounds of Love”-era Kate Bush song. As Ceci Gomez’s deep voice swoons over a gloomy synth line that is soon backed up by a thumping beat, it doesn’t take a long time to begin to feel cloistered by the song’s impending darkness. But by the time “Unearth” reaches the three minute mark, it finally hits its chorus and evolves into a proggy jam embroidered with weird electronic arrangements that seems to be taken straight out of Radiohead’s late-career songbook.

“Unearth” is the follow-up to Crater’s 2016 debut “Talk To Me So I Can Fall Asleep”, a sorely overlooked record that made the alternative music press rounds without really hooking onto a specific audience. In a way, “Unearth” is a logical succession in their career, as Crater have cut down on the juvenile, uplifting rhythm sections that propelled songs like “Hardly At All” or “Lucky Lucy” and replaced them with a more polished and restrained approach to alt-pop that occasionally seems to work better for them. Restrained doesn’t necessarily mean low tempo, though. “Physical” is an exhilarating club banger whose instrumental austerity help it reach its sleazy end goal, while “Déjà vu” can actually end up being quite interesting if you can get past its irritating attempt of a hook.

Crater‘s new album “Unearth” stands out as its narrative slowly unfolds, progressively establishing a dialogue between sexual longing and loneliness.

Production-wise, “Unearth” sometimes errs excessively on the generic side, but the melodies make up for it – “All That’s Mine” is not particularly alluring instrumentally, but it’s hard to resist that gleamy, Chvrches-esque chorus, while “Total Slugger” is an offbeat art rock song that pays homage to St. Vincent’s last two LPs. It’s an album that seems to work by extremes, as its usual success rate is drastically impoverished when it comes to the mid-tempo tracks – there, the charm is broken and the songs can start to feel slightly sluggish as “Unearth” suddenly becomes a chore to get through, even if the album is well-sequenced enough that it’s easy to forget about the fillers.

But what makes “Unearth” stand out is the way in which its narrative slowly unfolds, progressively establishing a dialogue between sexual longing and loneliness. “Can we get physical?” asks Gomez in what should be one of the album’s most uplifting tracks. By the time “Void, Pt. II” has started, we know that things haven’t turned out the way she wanted to. The song starts as an introspective, low-key ballad, with Gomez singing a melancholy, ascending melody over sparse piano chords (”when you wanna touch yourself but got no one to think about”) but is soon turned into a mourning song for a past love (“but there are no particles of you left in me.”) The album’s ongoing internal struggle finally collapses with its final trio, a gloomy succession of songs that seamlessly drift into the doldrums, standing in total opposition from everything we’d heard from Crater up until this point.

It is just when the album hits its emotional rock bottom that it reaches its musical peak. “Unearth”’s mournful conclusion is a graceful final run whose poignancy lies precisely in its contrast with the tracks that precede it. Crater are suddenly transfigured into a wildly different band, one that decides to embrace quietness as its defining feature. The loud, booming synths and beats take a backseat in favour of serene piano sequences and hazy electronic arrangements, the latter being particularly prescient in “No Es Ilusión”, a Spanish-sung slow burner evocative of Arca’s poppiest works. “Unearth”’s lethargic ending suggests that Crater might one day decide to do a 180º and become a sort of electronic slowcore act, a career path that seems to suit them well. They have taken a step forward in their second studio album, but their true potential as a band is still to be (shitty pun incoming) unearthed.