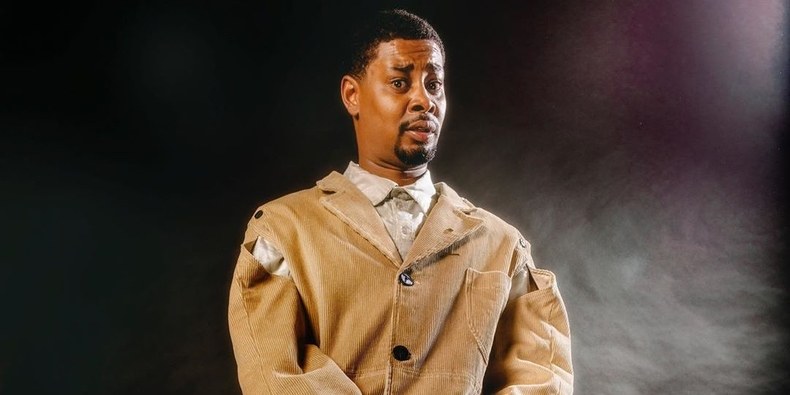 “Dirty Laundry” is taken from Danny Brown‘s new album, uknowhatimsayin¿, due out October 4 on Warp Records.

Any Danny Brown fans who missed hearing the rapper at his most playful can rejoice: “Dirty Laundry”, the Q-Tip produced single from his upcoming album uknowhatimsayin¿ is a wacky romp through the city that keeps it real while still having a laugh at itself.

About his upcoming album, Danny said “this is my version of a stand-up comedy album”. Lines like, “Once got a ho, ain’t had money for the room, so we did the humpty hump in a Burger King bathroom”, combined with the outrageously unpredictable music video definitely make this ring true, all while Danny’s rap chops remain as sharp as ever. With drugs, sex, and a hell of a rock & roll attitude all deeply woven into every bar of “Dirty Laundry”, it’s hard not to crave a little debauchery just listening to it.

The beat here calls to mind the point in every good party when sensibilities go out the window. A little bit of chaos and a lot of lip-curling grooves make Q-Tips production work on “Dirty Laundry” feel equal parts modern and classic: a perfect fit for Danny if there’s ever been one.

The follow-up to 2016’s critically acclaimed Atrocity Exhibition, uknowhatimsayin¿ drops October 4th on Warp records, and includes features by JPEGMAFIA, Blood Orange, Run the Jewels, and Obongjayar. To make a long story short, mark your calendars and watch the Simon Cahn-directed video below.

“Dirty Laundry” is also featured in our Spotify playlist: Best Tracks of 2019.