Daughter of Dawn premieres “Juniper Boughs Collide Upon My Shores” 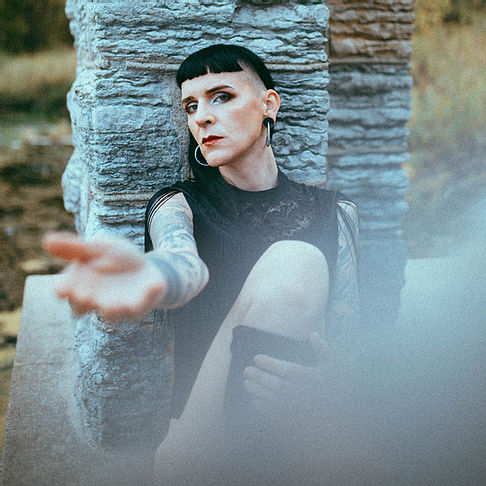 Daughter of Dawn gives a new meaning to ambient pop on “Juniper Boughs Collide Upon My Shores”, premiering today on HighClouds.

Emma Goldman Grey is Daughter of Dawn, a trans artist and activist based in the Twin Cities. Well-known in the Minnesota area for cutting her teeth in punk and queercore circles with bands like Contentious or Hive, Goldman Grey has up to now been mostly synonymous with rackety, guttural music. Now, she is toning things down a fair bit with her debut EP as Daughter of Dawn, Crushed into Dust by the Weight of the World.

This new project, started in 2018, represents a new outlet for Grey to explore electronic and ethereal interests not really present in her previous work. The songs are lengthier and more convoluted, drawing tropes from pop like her intermittent use of autotune to set them against instrumental backgrounds inspired by slowcore and the most affable of black metal. Song-titles like “Grasping At The Lustrous Arms of Amory” or “The Liminal Space In Which I Reside” are almost out of an Opeth record, though that’s where the similarity stops.

There is something of Grouper in Daughter of Dawn’s chilling aura brought about by this stark mixture of influences. Perhaps the song that captures this essence most satisfyingly, “Juniper Boughs Collide Upon My Shores” opens the EP with a gentle arpeggio of clean electric guitar upon which a tower of electronic arrangements is progressively erected. Goldman Grey’s vocals, ghostly and distant, are an eerie presence overseeing the whole monument. It deserves being wholly immersed in it.

Daughter Of Dawn · Juniper Boughs Collide Upon My Shores

Tags:Crushed into Dust by the Weight of the World EP, Daughter of Dawn, Emma Goldman Grey 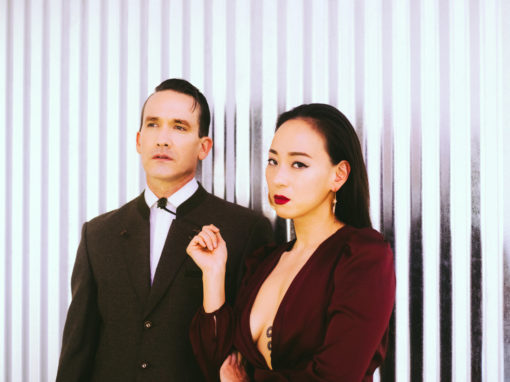 “A Bottle of Rum” is taken from Xiu Xiu‘s upcoming duet album, OH NO, to be released March 26 on