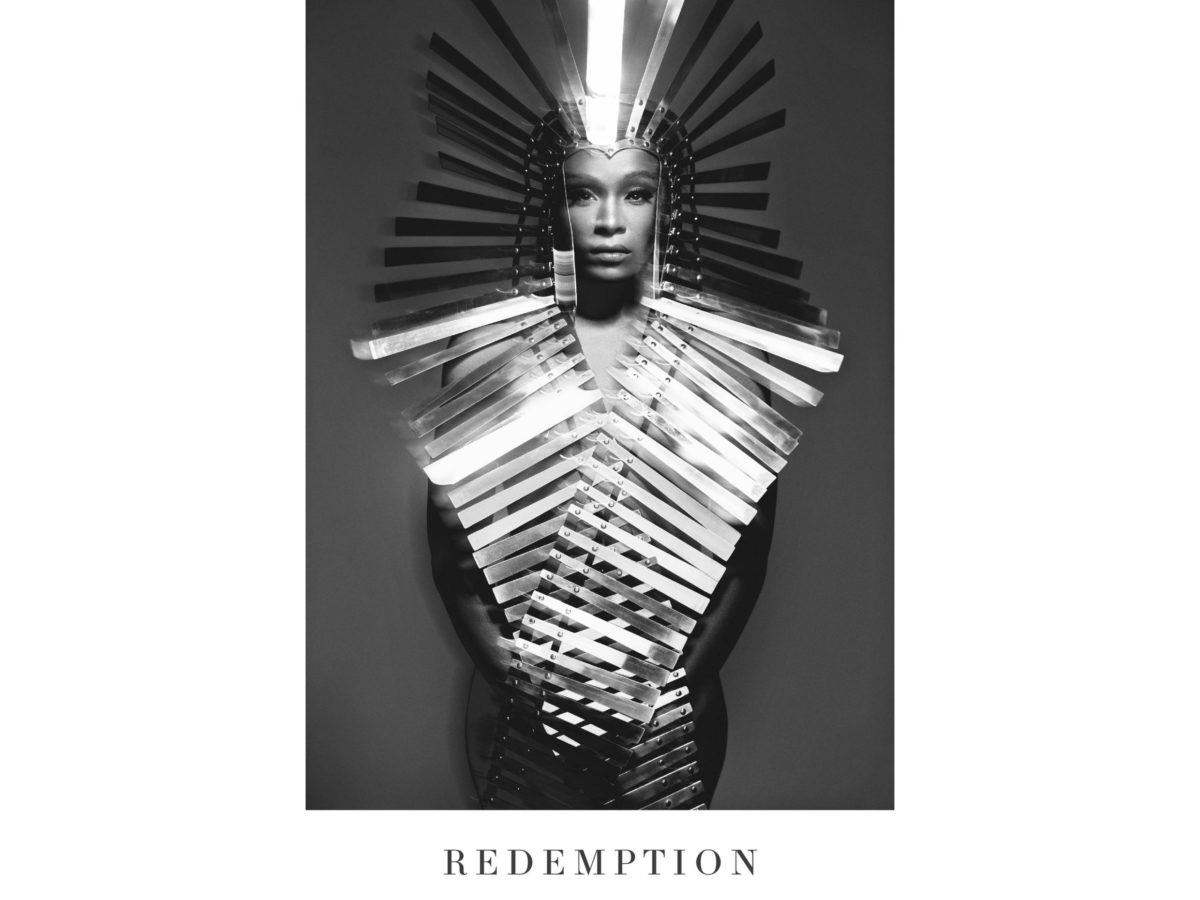 In the early 60s, Andy Warhol painted his famous Campbell’s soup tins. If you were to see these images without any context whatsoever what you see is mostly just that: you could imagine the artwork existing just as well in an advert as an art gallery.

On “Redemption“, R&B artist Dawn Richard (or sometimes D∆WN) does something similar with the kind of EDM-infused R&B that Rihanna and Calvin Harris perfected with “We Found Love”. As “Love Under The Lights”, the first proper track on the album, plays you can easily picture yourself in a student club where everyone is all dressed up and wasted off Jägerbombs. As the pitched-down vocal sings the song’s title we hear trancey synths straight out of the playbook of Chris Brown and Benny Benassi‘s “Beautiful People”.

However, after the massive EDM buildup we aren’t treated to a soaring chorus or a maximalist bass drop but a fairly restrained instrumental continuation of the song’s chords. By the standards of pop music, this would be a pretty big disappointment but this is characteristic of Richard‘s style. She both lovingly replicates dancefloor R&B and subverts it in an often surreal manner. The second half of the same song, for example, melts off into an instrumental that combines trance synths, a footwork beat, pitched-down vocals and African drumming. The music superficially resembles Harris and Rihanna‘s EDM/R&B hybrid the way that Warhol‘s soup tins resemble advertising. Warhol‘s soup tins are artistic for the way that they draw your intention to the image as an aesthetically enjoyable image in itself. Dawn Richard does the same thing with R&B, her music argues that there is artistic merit in these songs that we hear without aesthetically considering them. She clearly loves this kind of R&B the way Warhol loved that soup (reportedly eating it every day).

Like Andy Warhol, Dawn Richard‘s music on “Redemption” argues that there is artistic merit in the songs that we hear without aesthetically considering them.

Dawn Richard was formerly a contestant in Diddy‘s reality show “Making The Band” and was a member of the pop-R&B group Danity Kane that followed from the show. Since then, she has worked with the producer Kingdom (of the Fade To Mind crew) and Machinedrum on this album. Like Warhol himself, she has moved from working in the ‘craft’ world of commercial product (Warhol worked as a commercial graphic designer) to working in the art world (or at least making quite weird music and getting a lot of love from music critics). In doing so, she seems to be drawing a similar point about the definable difference between the two – when The Weeknd is the biggest R&B singer in the world, is he still really making alt-R&B?

One of the ways I think that Richard has managed to find an audience in music critics is due to her wonderful production. While on an album by Tinashe or The Weeknd the production is often very enjoyable, it generally allows the singer to take centre stage. With Richard‘s music, the beats jostle with her for attention as every few bars a different synth or sound gets your ear’s interest. We easily move from sounds borrowed from the dance music world and hip-hop/R&B but also get blues guitars in “Hey Nikki” and jazz fusion breaks in “LA”. Mostly, though, the album avoids neo-soul-esque “authenticity” – this isn’t about warm fretless bass sounds or live drum kits. The production on “Redemption” is beautifully computerized with Richard‘s voice manipulated in every available direction.

The songwriting is remarkably solid throughout. “Renegades” is an obvious highlight as well as the aforementioned tracks “LA” and “Love Under The Lights”. Perhaps the second half flags a little with tracks like “Hey Nikki” being a bit less interesting. Really the album works very well as a single listening experience. It doesn’t have anything as obviously poppy as “Blackheart’s” “Phoenix” or anything as difficult-to-categorise as “Calypso” but it certainly provides an interesting playthrough as a whole.

There is a very high chance that Dawn Richard‘s music will come off as too pop for the art kids and too art for the pop kids. Richard‘s songs rarely have the same massive choruses as a Rihanna track might but there’s often just enough pop or EDM sheen to alienate someone who is unsure where they stand on the most popular side of R&B. Like Warhol, this is art that takes ‘pop’ as its target. In this way, it seems to be both pop and something else entirely.