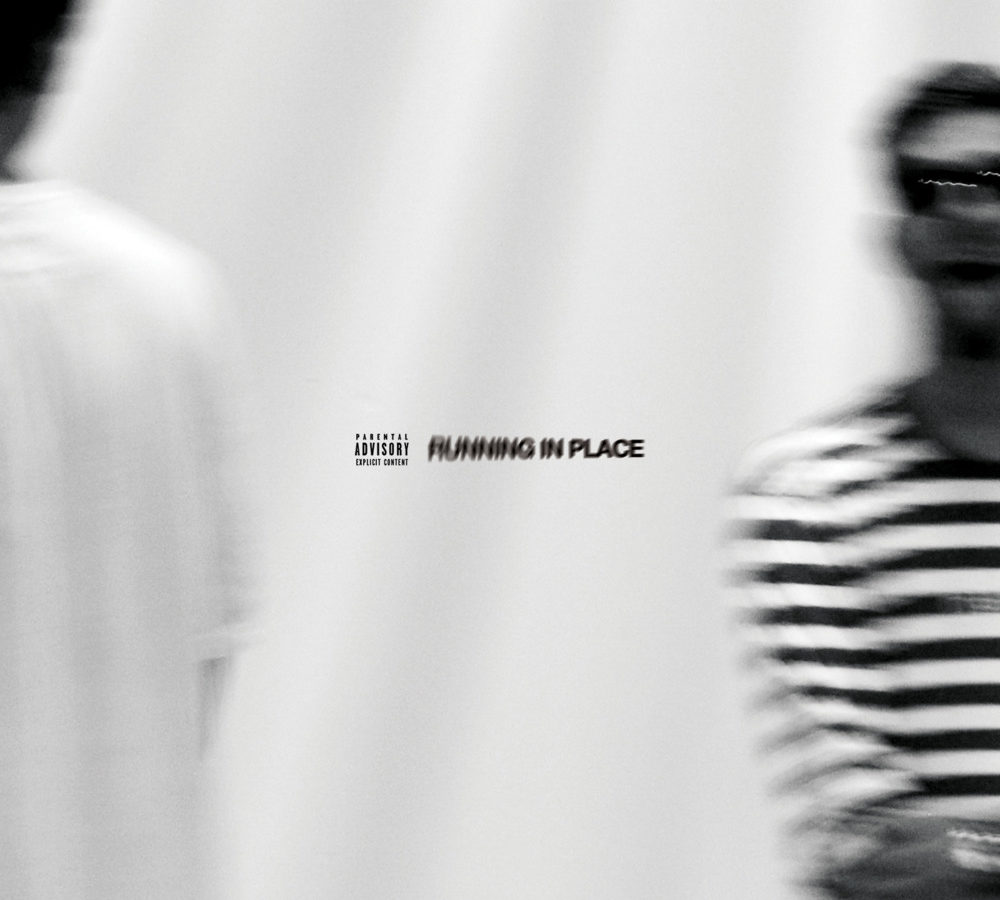 Ironically, you’ve probably never heard of Drew Famous. However, the 16-year-old Virginia rapper is trying to change that with the release of “Running In Place”, which he calls “the proper introduction to a kid who’s been figuring out how to introduce himself for the past 3 years”.

And, well, Drew Famous’ introduction is not a meek one. As soon as the intro track, “Victory Lap”, kicks in with huge 808’s and a high-energy delivery, it becomes clear that the artist’s primary intention here is to make a name for himself. Bars like, “In 5 years, Jay-Z be havin’ coffee with me”, emanate hunger, and comprise most of the track, if not most of this album. As much as I hate comparing white rappers to G-Eazy, he quickly comes to mind here, with the voice, flow, and lyrics on this project all sounding inspired by the rapper, without directly biting off of him.

As the tracks went on, I noticed that “Running In Place” was more than just a title; it was a strangely accurate metaphor of the fatal flaw here. The album glides from one hard-hitting, bass-heavy beat to another, with a vocal tone that won’t seem to budge from one place, and such rapid fire flowing that the tracks never get much of a chance to breathe. A good hook here and there would have done wonders in breaking up some of the tedium, but on tracks like “Dark Tint (Ride Round)” and “No Idea”, we see that creating a compelling chorus is one area where Drew seems to struggle the most.

The features on “Running In Place” also present somewhat of an issue, wherein Drew Famous becomes outdone on his own song, as is the case with Curtis Williams’s verse on “No Idea”. Or, conversely, guest spots on songs like “Gave It Back” and “Everything” sound outright jarring, where a Future and Skepta sound-alike verse, respectively, strongly clash with Drew’s own style.

Despite “Running In Place”’s flaws, I can’t fault Drew Famous‘ efforts on this album. The young MC comes out swinging on every track, but the lack of variation and handful of poor musical choices make this early effort sound like just that. However, based on a lot of the lyrics here, I wouldn’t be the least bit surprised if Drew comes back better, hungrier, and ready to prove me wrong on his next release.