Mirror Signal – Is It Only Me? EP 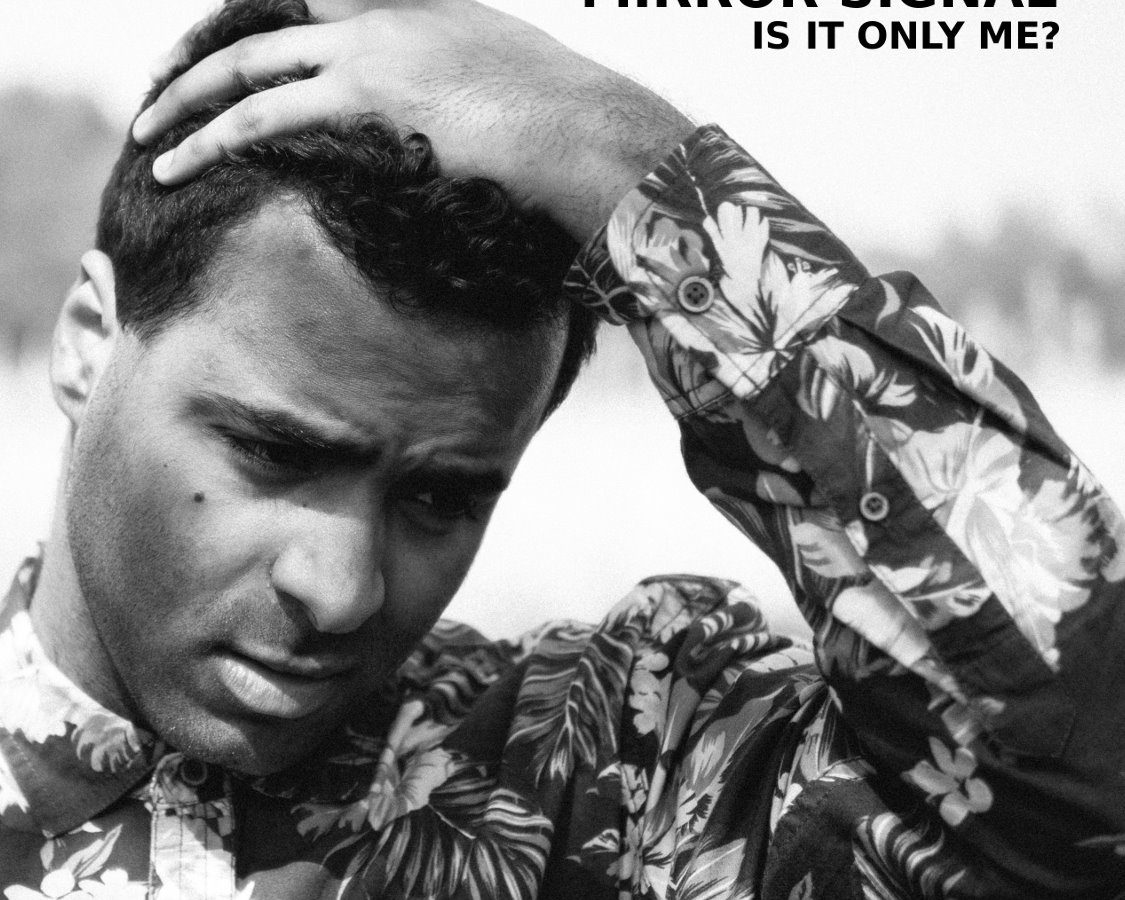 After dropping 2 tracks over the summer, alt soul singer-songwriter Steven Barker, better known as MIRROR SIGNAL, finally released his “Is It Only Me EP” via Mas Agua.

In a Spotify playlist shared by Mirror Signal‘s Facebook profile is Kanye West‘s “Late Registration” highlight “Heard ‘Em Say”, which features Maroon 5‘s Adam Levine. Why is this significant? Well weirdly enough listening to “Is It Only Me?”, Mirror Signal‘s EP, this was the track that came to my mind. “Heard ‘Em Say” was a breezy, almost dreamy, start to “Late Registration” aided by the combination of Levine‘s soft-phrased R&B vocals and “Eternal Sunshine Of The Spotless Mind”‘s composer Jon Brion‘s lush arrangement. Mirror Signal‘s entire purpose as a project almost seems to be an attempt to reverse engineer this track’s lazy, easygoing vibe and, at this, it’s pretty successful.

Mirror Signal is seemingly just Steven Barker, a Nigerian-born, London-based artist. His music is as an “alt” and “avant-garde take on modern soul” according to his press release, which favorably compares him to R&B weirdos like Jai Paul and Sampha. On a very surface level, this comparison might seem apt. I’m sure all these artists share a common love of J Dilla and Dilla-adjacent acts like Common and D’Angelo, but Barker‘s take on this sound feels a lot more at home on daytime radio than an artist like Jai Paul. Really neo-soul seems like much more of a reference point here than alt-R&B’s combination of Aaliyah and moody post-dubstep. He builds his songs on those same off-kilter grooves that made D’Angelo‘s “Brown Sugar” or Erykah Badu‘s “On and On” but with a voice that’s a bit more 2016, a bit like a hushed Sam Smith. Barker’s music is really the sort of thing that inspires description/hashtags like “warm”, “soulful” and “lush” with its use of live instruments (especially electric piano) and jazzy chords. He’s basically exactly the sort of vocalist I can imagine collaborating with Disclosure (or being remixed by them).

While Steven Barker‘s music may not exactly be the most original sound going on right now this is not to discredit him. He really does have a beautiful voice and the production and songwriting are certainly there. Opener “Shelter” is arguably the strongest song on the EP with a wonderfully drowsy verse topped with a strong and memorable chorus. Another highlight is the last, and weirdest, track “The Power’s In” which mostly just repeats two solid hooks over its run time, one of which is the great lyric “I’ve been waiting for the drugs to change me”. If Barker was to expand to a full album he’d definitely have to think about extending his palate a bit but for a four track EP it works quite well.

Mirror Signal‘s music feels something like Instagram quiet storm. A pastel-coloured, soft-focus take on R&B that restricts itself to a few tastefully chosen colors. It could definitely be accused of being a bit -too- tasteful – he could easily become a kind of middle-of-the-road musician beloved by both dreadlocked stoners and housewives. In many ways, Mirror Signal is the sound of “alt-R&B” becoming its own more mainstream sound the way “alternative rock” became just the new form of radio rock.