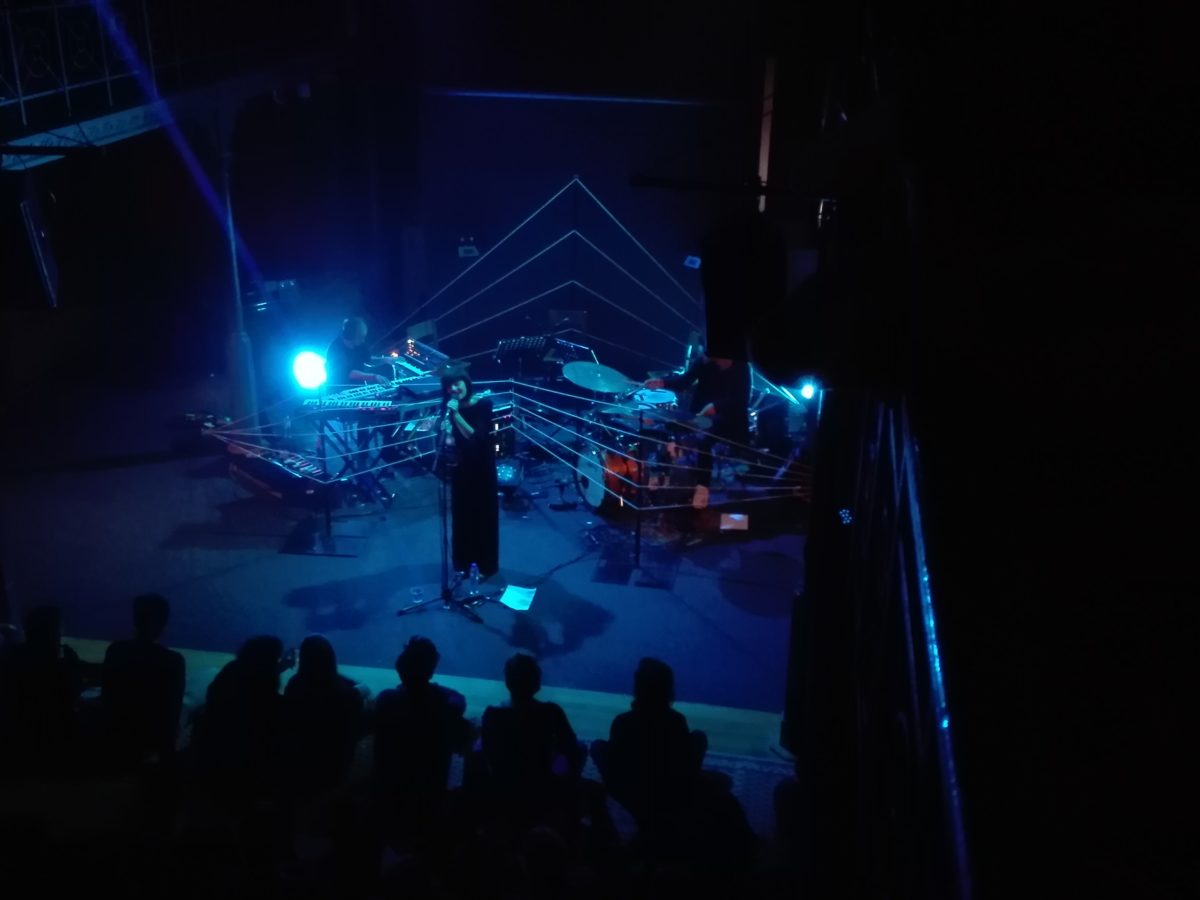 Our sixth day at #Nuits17 in Botanique continues with an all-Belgian night with duo Hydrogen Sea and Lubiana.

Friday, late afternoon, Matias and me run as we were almost late for our concerts, after a beer at our place! We grab our press credentials, run to the bar just for a quick beer and we go each other our way. While he goes to Orangerie, I am heading into the most intimate of the rooms: Le Grand Salon de Concert, which is normally the Museum. At the door, the lady doesn’t let me get in with my beer, so I do a bottom’s up and I get in.

As Lubiana says goodbye to us to welcome Hydrogen Sea, I must admit that it was, without a doubt, the biggest revelation for me through #Nuits17.

For those who have never been to this room, there are red curtains all over the room, furnished seats and a second-floor area with seats on both sides. I guess Lubiana was in her second song when I entered. I have to admit that all of the artists that I knew that I was going to see, she was the one that I was less interested to hear – I guess the 30 seconds of each song that I heard didn’t make her justice. In fact, with each song passing, I saw myself more and more enchanted by her talent and her fresh jazz voice. It was a perfect balanced mix of jazz, folk and soul with more African-inspired references when playing the kora or approaching a more electro-modern style with some computer beats.

As the public sang with Lubiana and she gives us goodbye to welcome Hydrogen Sea, I must admit that it was, without a doubt, the biggest revelation for me through #Nuits17 – and that I will for sure go to her next concert in Brussels!

There is not a lot of movement in La Grand Salle de Concert – most people stay glued to their seats for Hydrogen Sea, however, we decided to still go for a beer, debate how the concert in Orangerie was and then I came back, to the same seat, to wait for Hydrogen Sea to begin.

I remember back in 2014, seeing them opening the stage for Samaris in “Big Next Festival” in Gent. IT was so intimate and so small – I guess we were around 10 people there as it was the first concert out of 5 or 6 in that room that day – and there were 2 other stages.

Seeing them now, almost 3 years after, it is indeed a big change. Hydrogen Sea are more polished, more pros, they have a full LP and a confidence on stage that seemed to lack in Birsen in 2014. The set starts with “Gentle Doubler”, with only Birsen on stage – and probably winning best dressed at #LesNuits because she was stunning – and then immediately the public knew that we were in for a great concert at #Nuits17. Sort after, her partner and other part of Hydrogen Sea, PJ Seaux, the duo, accompanied by a drummer in a sort of arena stage, kept on spanning songs from their debut LP: “In Dreams”, released in 2016 – however, the first high point of the night was their perfect rendition of “Wandering Star” for Portished. And then suddently, they were 6!

Three string players join the stage to make it even more aerial and dreamy. Songs kept on coming, including a new single that I honestly couldn’t retain the name – but sounded great – until finishing the set with the two other magic moments of the evening – “Walk Away Now” and “Wear Out”.

The group came out again to perform “The Fall” before definitively say bye and let people leave slowly the room. Overall, the concert was great and, what a great evolution from seeing them less than 3 years ago perform for 10 people at 3PM to this, I am surely expecting to see them playing at an even bigger stage in the next couple of years.

With a last beer at the bar, I say goodbye to this years’ edition of #LesNuits (at least for me). From crying, to having the sensation to be on a dancefloor at 7PM – I can for sure say that it was my favorite edition so far and, I really can’t wait for #LesNuits2018.