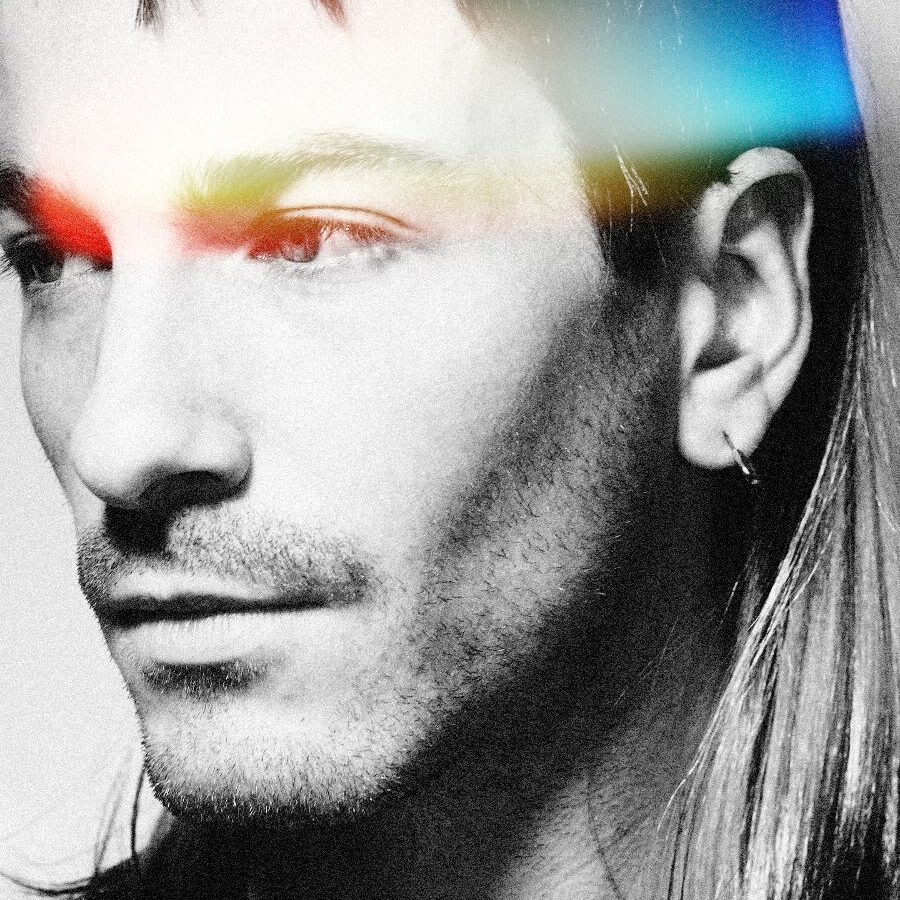 We interviewed Canadian synthpop artist TR/ST ahead of the release of his new album, The Destroyer – Part 2, and his upcoming North American and European tour.

When I found out that I would have the chance to have a call with Robert Alfons, the brain behind TR/ST, I can honestly say that I almost peed myself out of excitement. There’s something about his music that just resonates with myself and a lot of other people in some weird but satisfactory way. Either it makes me want to dance like no one’s watching, like with “Bicep” from The Destroyer – Part I, or it finds a way to connect with my deepest emotional vulnerabilities, like with his latest single “cor”, from the upcoming The Destroyer – Part 2. And with this double project, The Destroyer, we see TR/ST reaching a sound that’s more organic, emotional and vulnerable than ever before.

Let’s rewind. Robert met Maya Postepski in 2009, forming TR/ST in early 2010. A bit after the release of their debut album TRST, Maya decided to leave the band to focus on Austra and her solo project Princess Century, letting Robert as the core member of the project. “I’m so grateful,” Robert says, reflecting on the last ten years. “Thinking about all the personal growth and personal exploration, I can only thank all the different people that sort of came in and have been a part of my life. All the people with whom I collaborated, all the fans that come to me and pour their souls, either by listening to my records or coming to my live shows. It’s crazy and I will be forever thankful for these past years.”

Unlike the previous two releases, TRST in 2012 and Joyland in 2014, his new project The Destroyer comes as a two-part album. Part 1, released in April 2019, sees a small shift in sound. It is still industrial, dark, gloomy and sweaty but also hints at a sonic expansion compared to his previous releases. Robert said that if he had to sum up Part 1 in a word, it would be “desire”. Part 2, however, takes this shift to a whole new level: more melodic, more vulnerable, more intimate than any of his previous releases. A new approach that he sums up with the word “shame”.

Nevertheless, his initial idea was quite different: “When I started to create The Destroyer it wasn’t my plan to release it in 2 different parts. I created the record as my creative process and the stories that I wanted to tell. It was only towards the end, when I started to assemble a tracklist, that I started to realise how the songs had different vibes and aesthetics. I think it could have been quite overwhelming to put them all out there at once and because the stories are different. Then, I tried out this kind of setup and it just seemed way more effective,” he explained.

Out of curiosity, I asked Robert which song from this project would be the one that reflects him the most. “Maybe ‘Iris’,” he said after some thoughts. “There are so many different elements in “The Destroyer” and through this whole project and, for me, this song does a nice job of touching on all of these different things. It’s at the same time very heavy but also very beautiful and emotional.”

I still wondered, why the need for a change of sound? “I think they both sort of follow the same trajectory,” Robert answered. “I think that it was sort of the blueprint from the beginning. I have grown so much as a person and as an artist these past years that I am very happy that I was able to develop my sounds in the same way. It has just been flowing quite naturally.”

The Destroyer also sees the return of Maya Postepski as a collaborator. They worked together on 7 tracks across the project, and Robert couldn’t be happier: “She is so incredibly talented, and I think that we have a really special connection. We have a lot of fun making music together and it felt like a shame not to continue to do that. And, at the end of the day, every situation is tricky and I think we found a solution that works for both of us.” Actually, Robert doesn’t exclude the possibility of renewing the experience: “I hope that we collaborate in the future, for sure. She is such a brilliant artist, and she is also so busy with all her projects. She’s producing and she’s been doing some musical direction, she is touring and she’s doing her own solo album. The amount of work that she has been putting out is just fantastic.” The Destroyer also sees the return of frequent collaborator David Taylor (The Prodigy, Björk) who had already mixed both TRST and Joyland, as well as the addition of a fresh face with Lars Stalfors (HEALTH, Alice Glass) as a co-producer. 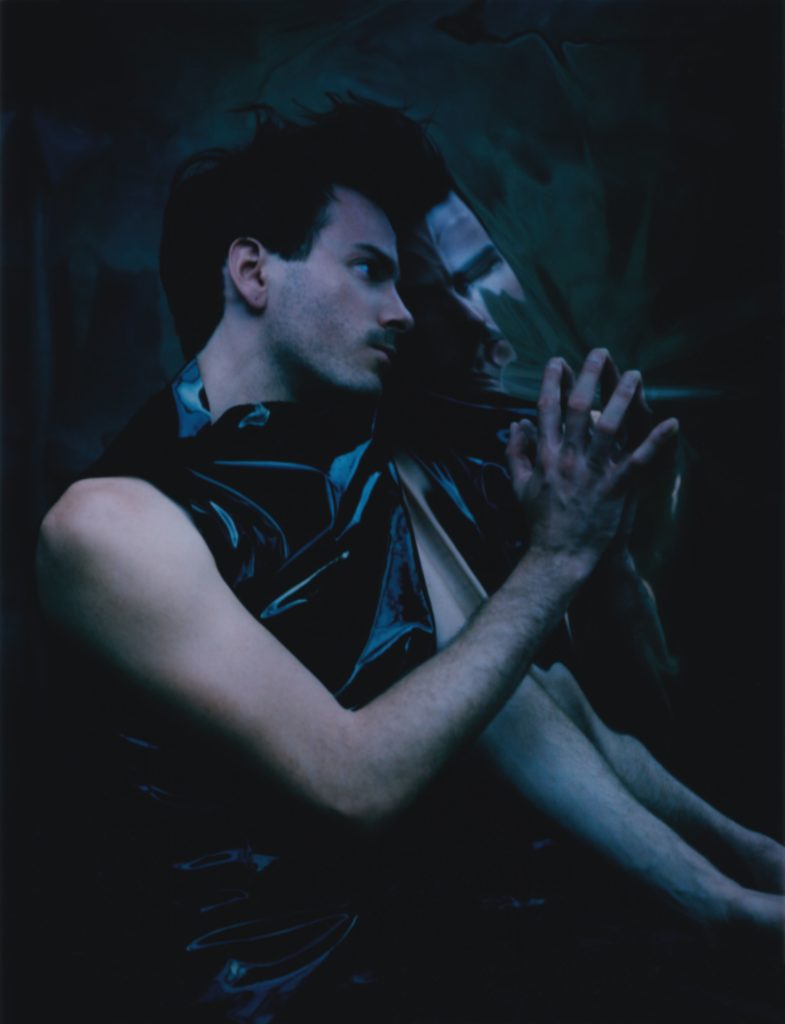 As if putting a double LP out wasn’t enough, Robert is embarking on his second North American/European tour of 2019, starting in San Diego and ending in Amsterdam (dates below + don’t miss him in Brussels at the Botanique). On stage, he’ll be joined again by Lia Braswell and Esther Blue on drums and keyboards, respectively, “two artists who are on top of their game and with whom I have so much fun touring with that it is just amazing to perform with them, at this point,” he said. In terms of what to expect, Robert added: “I just I think that a lot of the “The Destroyer – Part 2” is not as intense and into hard beats and dance music as the previous universe where the band has existed. Therefore, on a sonic level, I’m super excited about presenting that and being able to play this kind of songs live.”

One thing that’s clear about the live shows is how much the audience connects to the message being conveyed, and how much Robert appreciates his fans. In April, after a show at The Steel Yard in London, he spent an hour after the gig with the fans that waited for him and had a personal talk with each of them. “For me it’s just natural,” he detailed. “I’m genuinely moved by people that want to express and talk and share ideas and just, connect. I could go on for hours explaining why this is important to me and to my music but a really simple answer to an obviously complex question is just that it feels right to me on a humanistic level.”

“I think that there is just so much going on in our World and maybe in each person’s personal life so I’m just really trying to be as present as possible with the people who are next to me,” he added. “I just played a show in Mexico City and it was just so beautiful to be in the same room with all of these people and connecting and sharing love. I just feel so grateful and full of love.”

Finally, I asked Robert what he was listening to at the moment: Yves Tumor‘s Safe in the Hands of Love, Brian Eno‘s Thursday Afternoon and everything from Glamorous Monique. “To discover new music, my secret and my most appreciated source is just one of my oldest friends. They just inform me of so much music and have always done that,” he concluded.

Catch TR/ST on his European Tour with the very talented Ela Minus (dates below + tickets) and be ready for The Destroyer – Part 2 next Friday.