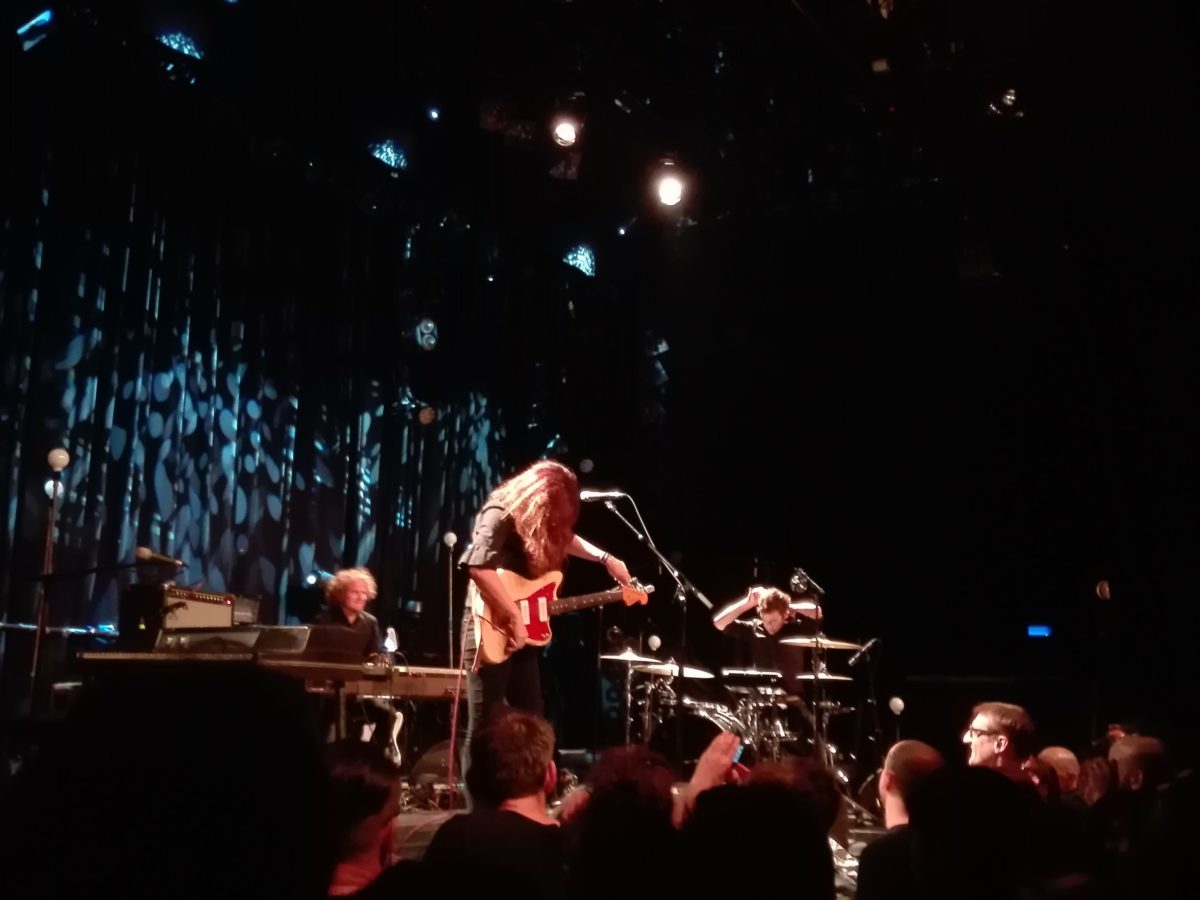 Our third day of concerts at #Nuits17 took place in Botanique with a whole female indie rock night with Shannon Wright, Chantal Acda and Clare Louise.

Another sunny day in Brussels? What’s happening?! Ok, now it is turning to a too warm weather to be honest. This time, the concert didn’t take place at the now infamous marquee, but at the already infamous for a long time Orangerie. I didn’t spend much time outside, but I still got some time to eat some delicious samousas. A bit more salt and that would be perfect.

Our night at #Nuits17 started a bit later than usual (8pm) but in such an amazing way. I have to be honest, I had so much work that I didn’t have the time to check the opening act before going to the concert, so I went there with no preconceptions, like a virgin. Brussels-based indie pop artist Clare Louise started singing and immediately my whole body was captured by her universe. The singer/producer declares, laughing, during the concert “This is a song from the 70s.. for those who have been following my career since Woodstock” and indeed her music is full of references from that era. In a way, she gets inspired by peaceful messages, most of them written in French. Putting a lot of poetry into the lyrics, she tries to inspire the listener with a sober yet romantic setting. Her music is full of imagery, where the imagination is fully on demand and you can find your own story in her music. When she sang a song inspired by “all of the insomniacs out there”, I couldn’t help but relate to her as I never sleep, and when a back singer started playing the xylophone, I saw myself on stage as I’m closeted xylophone player myself.

I invited my friend Jeff to the concert of Chantal Acda as we saw her together for the first time in Antwerp almost two years ago. We had the chance to meet her, and she was one of the sweetest artists I have ever met. The first time we saw her, Jeff cried and I was impressed on how emotional he got while listening to her as I almost never cry in concerts (except for Björk). This time, she played most of her last album “Bounce Back” out last April and her happiness on being on stage with her band was contagious. The room was almost packed and you couln’t see anyone bored during the concert as it was hard to not notice her impeccable vocals. Never disappointed by Chantal.

How inspiring is to see women owning their artistry as most of the time, they are not being taken seriously? Thank you, #Nuits17!

The last concert was Shannon Wright who really blew me away. I wasn’t very familiar with her work, but she truly made me regret it. In a place between the genius of Janis Joplin, Portishead and Prince, she embraced that stage like no other, and I couldn’t help but tell to Jeff “What the fuck is going on? Am I dead and is this heaven?”. Mastering the piano, guitars, with perfect vocals and a real presence on stage, Shannon left the entire room speechless. Usually, people scream, jump or whatever. This time, we were all mesmerized by her intelligence. How inspiring is to see women owning their artistry as most of the time, they are not being taken seriously? I left the Botanique full of happiness, and the only thing I can say is: thank you.

Our journey at #Nuits17 continues tonight with the concert of Angel Olsen.